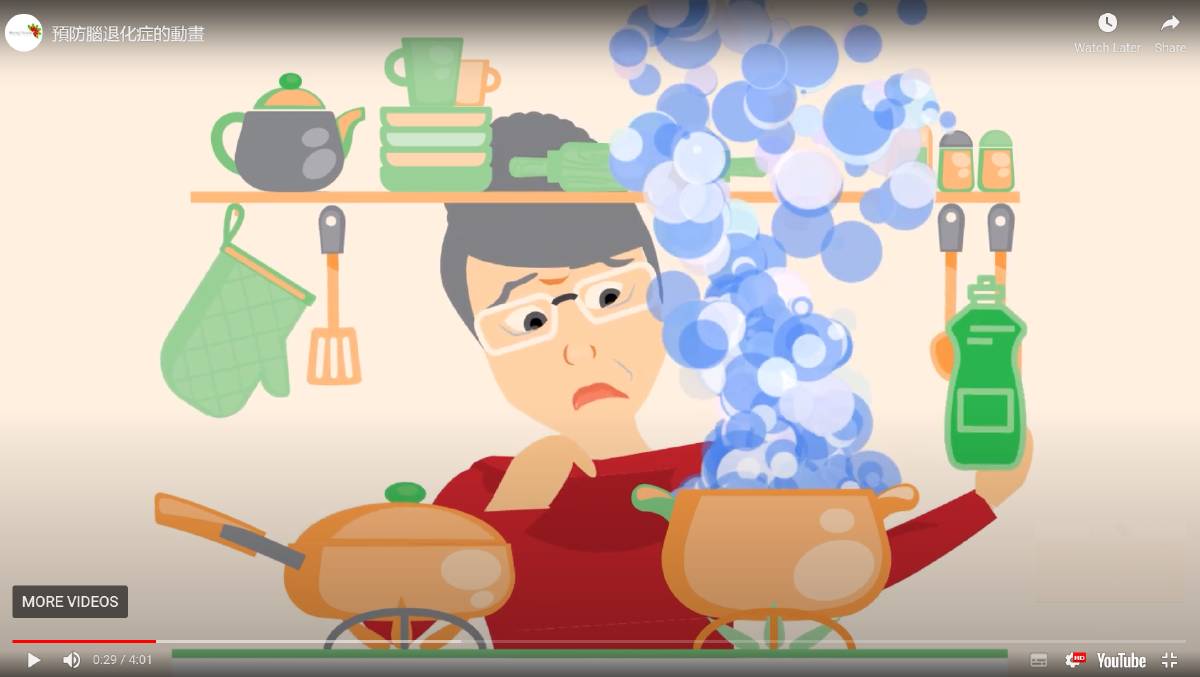 A screenshot from the Cantonese version of the ADAPT animation.

A series of animations in languages including Arabic, Cantonese and Hindi aim to help people not born in Australia to reduce their risk of getting dementia.

An animation series that aims to help educate people on ways to minimise their risk of getting dementia has been released in 10 different languages.

The 'ADAPT' animations include information about the disease in general, what lifestyle choices can be made to reduce risk, and services that are available to families caring for someone living with dementia.

The ADAPT series is the next step of the National Ageing Research Institute's (NARI) Moving Pictures project.

NARI Director of Social Gerontology, and head of the ADAPT project, Professor Bianca Brijnath, explained the reason behind targeting Australia's culturally and linguistically diverse (CALD) communities with this campaign.

"There are currently almost 480,000 people living with all forms of dementia in Australia, and this is projected to increase to over 1 million people by 2058 without a major medical breakthrough," Professor Brijnath said.

"With nearly 30 per cent of Australians aged over 65 born overseas, mainly in non-English speaking countries, there are growing concerns that the prevalence of dementia in some CALD communities could increase by more than 650 per cent in the years to come."

The animations were developed in response to research showing up to 40 per cent of dementia diagnoses can be prevented by addressing health and lifestyle factors, including increasing physical activity, and maintaining a healthy diet and social connectedness.

"Through ADAPT, we are sharing simple ways individuals can reduce their risk of developing dementia - making good lifestyle choice are central to this. These animations show how easy it can be to make positive change," Professor Brijnath said.

"Prevention may not always be possible, but everyone needs to be equipped with the information and advice to do what they can. These animations are a vital resource to give CALD communities the knowledge and support they need."

The animations can be found here.