Anthony Albanese says he wasn't accusing the Coalition of racism, simply pointing out Italian-Australians are familiar with jokes about their names.

Prime Minister Scott Morrison has labelled Anthony Albanese "precious" following accusations his party's campaign against him was making fun of his non-Anglo surname.

Mr Morrison dismissed suggestions the Liberal Party's attack slogan "it won't be easy under Albanese" was racist, calling the Labor leader a "hypocrite" and "precious" for taking offence to it.

"Frankly, he's being a bit of a hypocrite," the Prime Minister said while campaigning in marginal Tasmanian seats two days before Australians go to the polls.

"He's quite happy to dish out criticism, and abuse me, as he has done over the last three years.

"I'm big enough to take that ... if he's that precious, and he can't hack a campaign, then how on Earth is he going to handle running this country?"

"Every time I hear Zed I just think about Pulp Fiction," the Labor leader told 2GB in late April.

The Prime Minister's comments come in response to an address by Mr Albanese to a primarily Italian-Australian audience on Wednesday evening, where he appeared to accuse the Coalition of racism in a veiled reference to campaign adverts. 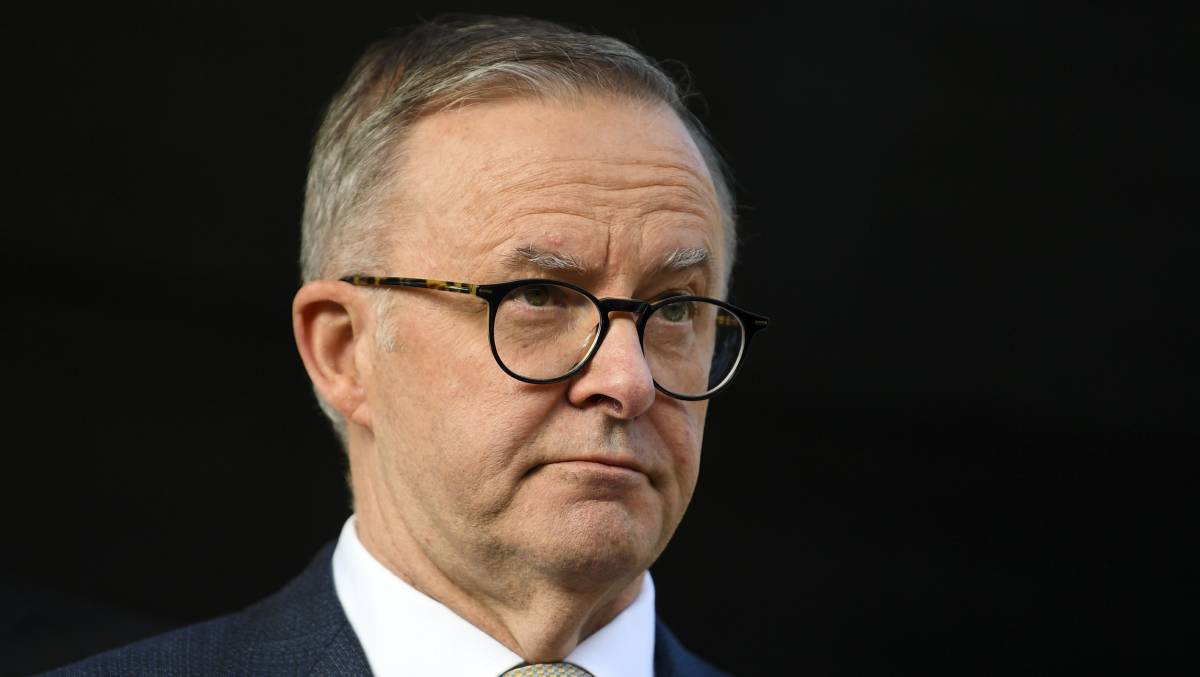 The Labor leader, vying to become Australia's first prime minister with a non-Anglo surname, on Thursday was asked directly whether he thought the slogan was racist.

"No, no. I'm suggesting that a number of people ... who have ethnic names - of my age, or perhaps a bit younger, certainly older - had people make fun of their names," he said.

"That's what happened. And people have raised it with me, in the Italian community, that they're concerned about it."

Mr Albanese's speech to western Sydney's Marconi Club the night before stressed there could be a prime minister with an Italian last name, and a Senate leader called Penny Wong.

But he added those across the chambers thought it was still fair game to run slogans against opponents based on their non-Anglo last names.

"My opponents think it's still OK to make fun of someone's name in their advertising ... I know that many in the Italian-Australian community have made their own judgements about what that says about them," he said.

He was joined by the party's candidate for Fowler, Kristina Keneally, who moved to the electorate from her northern beaches home after preselection.

Ms Keneally's preselection avoided an ugly battle for a Labor NSW Senate seat, but opened the party up to criticism after she was parachuted in in place of Vietnamese-Australian lawyer Tu Le.

The former Labor senator did not commit to remaining in the electorate if she lost on Saturday, stating simply she and her husband currently lived in Liverpool.