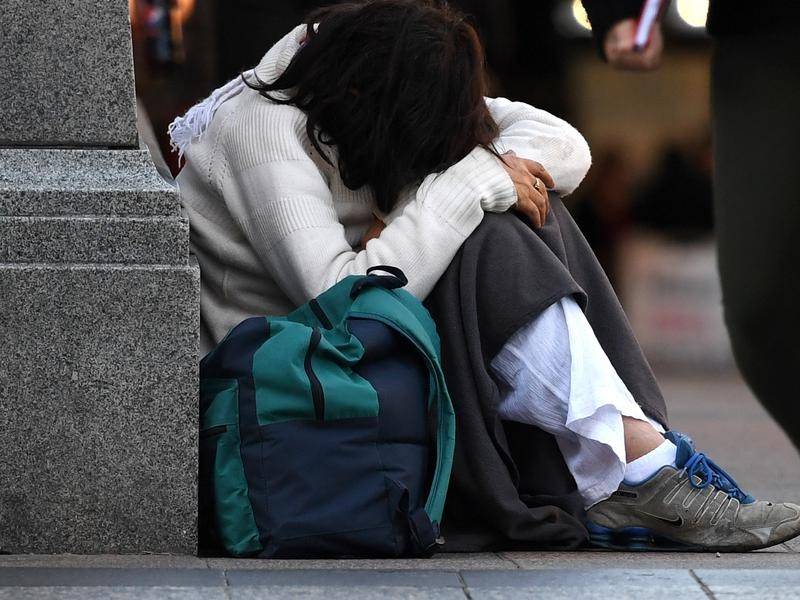 Charities are seeing more people who can't meet basic costs, while others have little left over.

New research shows most visitors to one charity are living below the poverty line.

More Australians are struggling to afford housing, food, and basic medical care, as new research shows most visitors to one charity are living below the poverty line.

The Salvation Army has seen a significant uptick in the number of people reaching out for help in the past 12 months, given burgeoning inflation pressures, the rising cost of living, and economic stress because of the COVID-19 pandemic.

The charity surveyed more than 1400 people who visited their emergency relief centres in the past year and found that, after they paid for housing, 93 per cent were living below the poverty line.

Three-quarters of Salvation Army survey respondents said managing financial stress was one of their biggest challenges and more than half could not afford medical or dental care when they needed it.

Almost half have been forced to go without meals and nearly a third couldn't afford to pay their rent or mortgage on time. The emergency relief centres help people with food, paying their bills, and budgeting assistance, among other things.

Of those people, 88 per cent were finding it difficult to afford their necessary living expenses, and 64 per cent said affording enough food was one of their biggest challenges.

"We're calling on the next elected federal government to focus on the most vulnerable in society," Maj. Harmer said.

"Being able to meet basic living expenses should be the norm for all in an advanced economy like Australia, and not something we are still discussing in 2022."

According to Anglicare Australia's polling, 65 per cent of Australian voters want government payments like JobSeeker bumped up to meet the cost of living.

"That means making the minimum wage a living wage, raising Centrelink payments over the poverty line, and investing in housing for people in need."

The release of The Salvo's research coincides with it launching its 58th annual Red Shield Appeal, which runs on May 28 and 29 with the aim of raising $36 million to go towards more than 2000 centres and services across Australia.