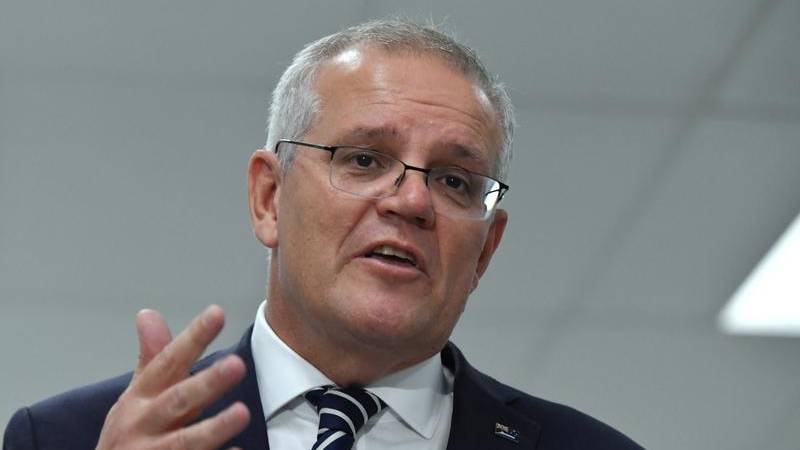 The election is now full of self reflection after the Prime Minister's recent admission of fault.

It's officially one week until everyone hits the polling booth and the Prime Minister's mea culpa on Friday is still fresh a part of the vibe shift.

Speaking at a press conference in Melbourne on Saturday, Mr Morrison said he should have moved sooner to appoint Lieutenant General John Frewen coordinator general of the National COVID Vaccine Taskforce in June 2021 to "fix" Australia's sluggish vaccination rates.

"The one I have most commonly referenced was at the start of the vaccine program and how that was driven by the Department of Health," he said.

"Now, in hindsight, bringing in Lieutenant-General Frewen was something I would have done earlier, because when I put him in charge, we fixed the problem and we ended up ensuring the highest vaccination rates in the world."

It's a part of the Prime Minister's latest promise to ditch his "bulldozer" approach and for voters to understand conflict will continue if teal candidates bar him from majority government.

Opposition leader Anthony Albanese has used this shift as another point to add in his campaign that the past two years of political missiles launched from Canberra over state borders will continue if the Coalition retains power.

"I look forward to working with every Premier and every Chief Minister, regardless of where they come from politically," he declared on Saturday.

"I want to bring the country together. I want to unite the country. This country has conflict fatigue."

Outside of the political world, Queensland residents in 12 flood-affected local government areas will be eligible for disaster relief as payments of up to $180 per person have been set aside for Lockyer Valley and Southern Downs residents.

Stretching overseas, China has now urged Australian politicians to stop being alarmist after the defence minister said a Chinese warship sighted off the West Australian coast was an "act of aggression".

As the weekend continues on, take a breather from the news, have a cup of tea, there's still a bit to go with election antics.

Did you know you can receive this daily digest by email? Sign up here

THE NEWS YOU NEED TO KNOW