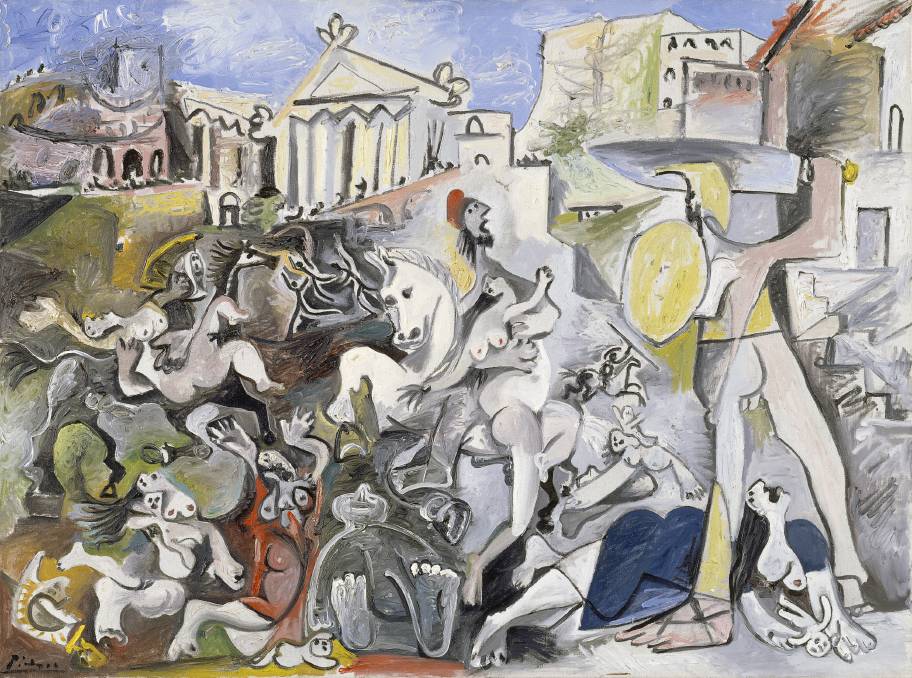 Picasso Century at NGV charts transformative career of artist through all its stages.

EXPLORE the genius of Pablo Picasso at the National Gallery of Victoria for a short time.

A new exhibition, ThePicasso Century, charts the extraordinary career of Picasso in dialogue with artists, poets and intellectuals with whom he interacted throughout the 20th century, including Georges Braque, Salvador Dali, Henri Matisse and Gertrude Stein.

Developed for the NGV by the Centre Pompidou and the Musee National Picasso-Paris, the exhibition features more than 70 works by Picasso alongside 100-plus works by more than 60 of his contemporaries.

ThePicasso Century examines the influences, encounters and collaborative relationships that steered Picasso through many artistic periods, such as his Blue Period, Cubism and Surrealism, and draws lines between his famous creations and the world around him.

It explores his formative years, which encapsulate significant artistic developments, most notably Cubism, the development of which he led with Braque. Considered by many the "experiment" that most radically transformed 20th-century art, Cubism saw Western art move away from representing likeness in composition, resulting in the style's recognisable fragmented imagery.

The exhibition also examines Picasso's place within the multicultural crucible that was interwar Paris. It will be particularly rich with works from his Surrealist period, presented alongside works by Dali, Max Ernst, Andre Masson and more.

It also explore Picasso's work in an increasingly international art world post-1945 and towards the end of his career. His work of the 1950s and '60s is positioned alongside later generations of painters, such as Francis Bacon and Willem de Kooning.

NGV director Tony Ellwood said: "This exhibition offers visitors an extraordinary insight into the development of modern art and the pre-eminent figure at its centre, Pablo Picasso. Through more than 170 works of art - including many that have never been seen in Australia - audiences will come to appreciate the many ways in which Picasso influenced - and was influenced by - the artistic community that surrounded him."

Musee national Picasso-Paris president Cecile Debray said: "The Picasso Century offers an original, broad approach that allows us to grasp the artist's career in his artistic and cultural context, from his formative years to his posterity. It thus offers an astonishing journey through the Parisian and cosmopolitan art scene of the 20th century."