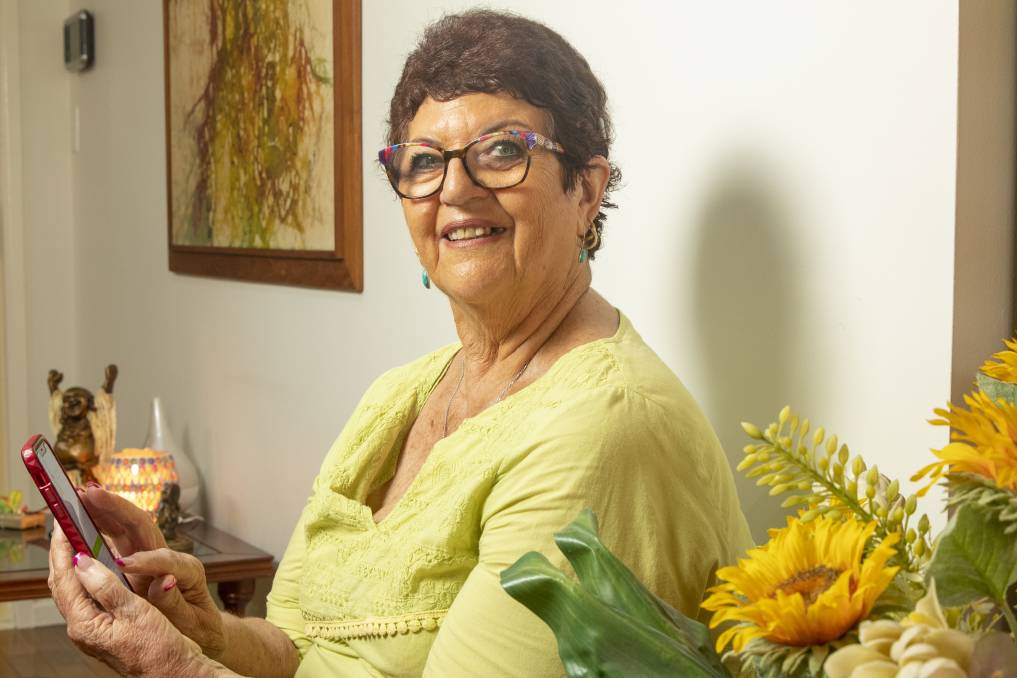 HELLO WORLD: Cochlear implants have turned around Moira Kirby's life and she now helps other recipients.

When cochlear implants changed Moira Kirby's life, she started volunteering her time to help others with the devices.

Age does not discriminate when it comes to cochlear implants and Moira Kirby wasn't sure about them even after rapidly losing her hearing in her late 50s.

But Ms Kirby, of Newcastle, was such a convert that she now volunteers with a support group for cochlear implant recipients after the devices opened up a whole new world for her.

It's volunteers like Ms Kirby who were recognised during National Volunteer Week from May 16-22.

She said her bilateral cochlear implants have "pulled her out of a world of listening darkness into listening sunshine" and that she can now get back to doing all the things she loves most.

Ms Kirby noticed she was losing her hearing when she was working as a medical receptionist and in 2011, following a diagnosis of mild, steeply sloping to profound hearing loss, she began using a hearing aid in her left ear.

Although good at first, over time Ms Kirby realised her hearing aid was no longer providing her with the support she needed to navigate her work and daily life.

"All of a sudden, my hearing just deteriorated. And I found after 18 months, hearing aids weren't doing anything," she said.

After being assessed by audiologist Maree McTaggart at NextSense (formerly the The Royal Institute for Deaf and Blind Children) she identified as a suitable candidate for a cochlear implant in her left ear and was referred to Associate Professor Kelvin Kong, an esteemed ear nose and throat surgeon.

Ms Kirby was reassured that her implant wouldn't hold her back from doing the things she loves. There are several ways you can adapt and enhance your speech processor (the external element of the implant) with accessories and settings to meet your needs.

In 2013, Ms Kirby received her first cochlear implant, then a second one in 2021 after the hearing deteriorated in her right ear.

Over time she would discover that her implants would open a whole new world of sound.

"When I got my first cochlear implant, some things sounded different - that's something I had to get my head around," she said.

Ms Kirby grew to depend on the implant which became key to enabling her to stay in the workforce and retire on her own terms. It also allowed her to engage in hobbies that were previously hindered by her hearing loss - such as playing the piano again.

"I can't believe how normal everything is with my implants. Everything sounds so clear and precise - at times I go about my daily life and come home and think 'Oh, I've got cochlear implants and I haven't even thought about them today.' I am more confident.

I have come out of a world of hearing darkness, and into a world of listening sunshine. - Moira Kirby

Ms Kirby is so passionate about the positive impact cochlear implants can have on recipients' lives that she volunteers her own time to answer any questions candidates and recipients have through leading the local CICADA cochlear implant support group in Newcastle.

"I set it up because I wanted to help people understand more about cochlear implants. I wanted them to understand what they were about so that they could make a decision," she said.

Ms McTaggart said that the community support led by individuals with experience like Moira are a critical and valued part of the cochlear implant program.

"Moira is a joy to work with and is extremely willing to be contacted by potential recipients. She has led our morning teas and been founder of local CICADA group-keeping participants in touch," she said. "She has gone above and beyond, and we can't thank Moira enough for all of the volunteer hours she puts in to help others navigate their cochlear implant journey."

Outside her volunteer work, Ms Kirby has been putting her newfound hearing to good use, learning basic Greek language skills for her upcoming Greek holiday.

"I look forward to picking up a bit more Greek [language], listening to Greek music, visiting the sacred sites, and just doing Zorba dancing everywhere I go," she said.

"I wouldn't be doing what I'm doing and who I am without my cochlear implants and the support of NextSense - I'm stoked."