In his latest film, Nicolas Cage reminds us that he might just be the most interesting and exciting actor working in mainstream cinema today.

In Nicolas Cage's latest film, The Unbearable Weight of Massive Talent, Cage plays a character called ... Nick Cage. This meta-commentary on fame and celebrity, wrapped around a thriller plot, is full of Cage-inspired "Easter eggs" and knowing nods to the audience.

Once again, Cage reminds us that he might just be the most interesting and exciting actor working in mainstream cinema today.

As a Cage super-fan, I've always been struck by his prodigious work ethic (over 100 films, many shot back-to-back or concurrently); his appeal to venerated auteurs like David Lynch, Werner Herzog and Martin Scorsese; his eclectic, quirky choices that bamboozle us; and his approach to stardom. 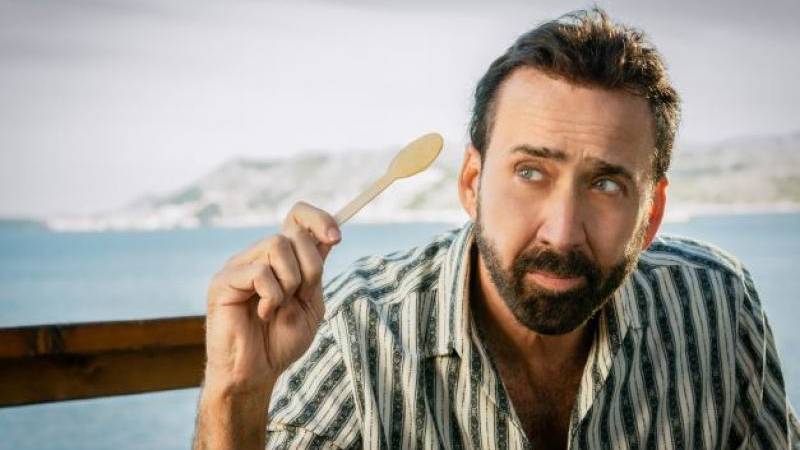 Early in his career, Nicolas Cage established himself as a character actor renowned for his eccentric vocal delivery and his ability to effortlessly pivot between genres. Picture: Lionsgate

Take three other actors of a similar age: Cage is not Tom Cruise, whose precision-engineered career allows no risks to be taken. Nor is he Jim Carrey, whose early career blazed brightly and then faded away. Nor is he George Clooney, who has traded stardom for activism and advocacy.

Cage's take on stardom is different: a chance to reinvent himself with each role, to try something new, to push barriers and surprise jaded viewers.

Early in his career, Cage established himself as an off-beat character actor renowned for his eccentric vocal delivery, his commitment to the Method and his ability to effortlessly pivot between genres.

Co-stars were both baffled and bewildered. Some admired his verve that pushed performance to the limits. Others were dismayed at his peculiar decisions and what they saw as a "look-at-me" descent into excess and histrionics.

By 1996, with an Oscar win for Leaving Las Vegas (1995) as an alcoholic screenwriter seeking redemption, Cage had announced himself as a star.

Watched back now, those performances seem to foreshadow Cage's descent into self-parody, but at the time it was refreshing to see Cage play roles usually reserved for Bruce Willis or Arnold Schwarzenegger.

He was a nerdy everyman, with a lithe, fluid body. His nerdiness and ad-libbing was a refreshing antidote to the muscular action stars.

For sure, there were missteps along the way as he navigated his new-found status: the tabloid press had a field day reporting on his lavish spending. But in an era of changing modes of film distribution, audience fragmentation and the existential demise of the film star, his presence felt both reassuring and addictive.

We looked forward to what he would do next.

But the wheels soon fell off. Cage drifted into generic video-on-demand schlock, such as Rage (2014) and The Runner (2015).

He has vigorously defended this work, but the suspicion remains he was motivated by commerce not art.

At the same time, the internet, and in particular meme and gif culture, began to work alongside Cage's career, both undermining and reinforcing his peculiar brand of stardom.

Fan edits, memes and YouTube mashups eventually became a source of great frustration for Cage as he struggled to reassure fans and critics alike he was a serious performer.

But this was not always backed up by his career choices. Sean Penn, his contemporary and early rival, disparagingly called him a "performer". Cage referred to himself as a thespian, a troubadour entertaining the mob.

Most intriguing, he defined his heightened acting style as "nouveau shamanism": a singular blend of trancelike "being" and pure Kabuki "playacting".

For some, Cage's ideas gloriously pointed to the new direction film acting was headed: brave, gonzo, idiosyncratic. For others, it cemented his status as a self-promoting charlatan.

So it comes as a great relief that the last five years or so have heralded a remarkable return to form for Cage.

His career was revitalised in 2018 with a performance as the grieving lover turned avenging angel in Mandy. There is a scene from that film which distils Cage's career into 60 magnificent seconds.

Sat alone in a garishly lit bathroom, he chugs a bottle of vodka, moans and mumbles and screams with grief. The "Cage Rage", as it has become known, is there in full technicolour detail.

He followed that up with two memorably strange films: Colour Out Of Space (2019) and Willy's Wonderland (2020). The first is a Lovecraftian tale of meteors, glowing goo and hostile alpacas. In the latter, he plays the silent janitor of a demonically possessed funhouse. Cage attacks both roles with typical insouciance and stoic resignation.

But best of all is Pig (2021). Here, Cage plays a grieving chef who has retreated to the Oregon wilderness with only a truffle-hunting pig for company. When the pig is kidnapped, Cage re-enters the world, intent on finding his only true companion.

Gone is the Elvis coolness of Wild At Heart (1990), the physical dexterity of National Treasure (2004) and the childlike blankness of City of Angels (1998). In Pig, Cage is bloated and bearded, wracked by grief.

It is one of his finest performances.

The Unbearable Weight of Massive Talent once more showcases Cage's skills. He remains an intense, immersive actor who realises that stardom - and what it means to be a movie star - has changed.

As he once famously said: "You tell me where the top is, and I'll tell you whether or not I'm over it."

The story Offbeat star keeps them guessing first appeared on The Canberra Times.