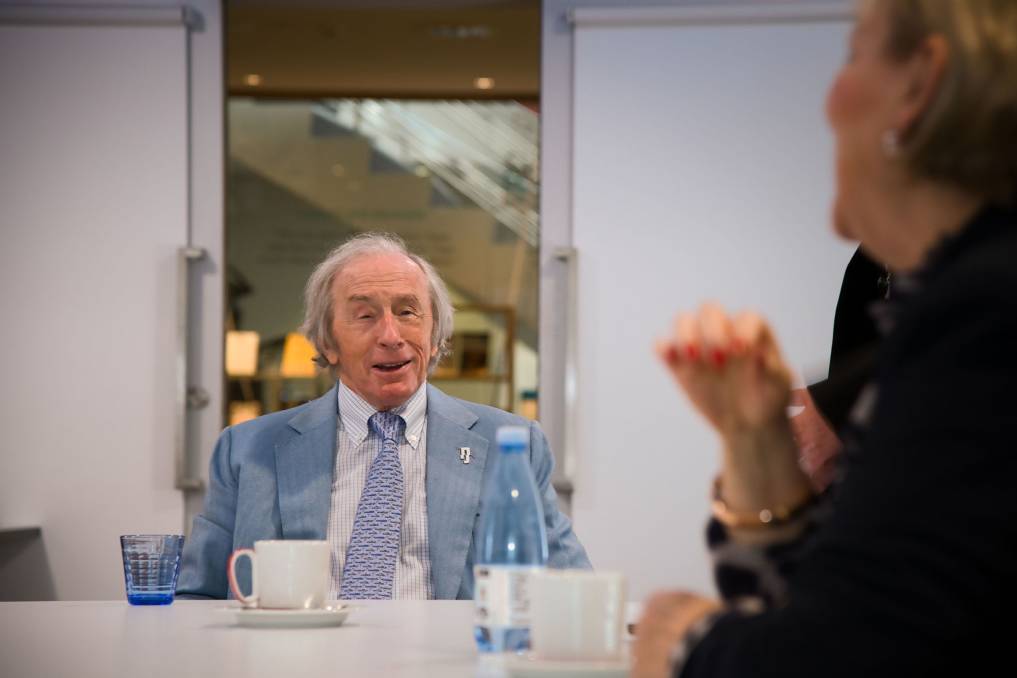 British racing legend Sir Jackie Stewart has been thanked for his support to raise funds to support people living with dementia, their families and carers.

Dementia Australia has paid tribute to British racing legend Sir Jackie Stewart for his commitment to raising awareness and vital funds to support people living with dementia, their families and carers.

To coincide with the 2022 Australian Grand Prix in April, an event to celebrate Sir Jackie was held in his honour at Centrepiece at Melbourne Park to raise funds for Race Against Dementia - Dementia Australia Research Foundation Post-Doctoral Fellowships.

Race Against Dementia is a global charity founded by Sir Jackie to fund pioneering research into the prevention and cure of dementia after his wife, Helen, was diagnosed with it and he discovered there was no cure.

"We acknowledge and thank Sir Jackie and Race Against Dementia for their generous support of dementia research and look forward to continuing this valuable relationship."

Earlier this year, Dr Karissa Barthelson was announced as the recipient of the Race Against Dementia - Dementia Australia Research Foundation Post-doctoral Fellowship program.

Sir Jackie, a Dementia Australia patron, said he was delighted to fund research.

"Since my wife Helen was diagnosed with frontotemporal dementia in 2014, I have tried to encourage more and better research into dementia," he said.

"This disease kills so many people - we need to find more effective ways of dealing with it.

"The race is on. We must beat this terrible disease before even more people, and their families, have to face dementia.

"This is the greatest challenge of my life."