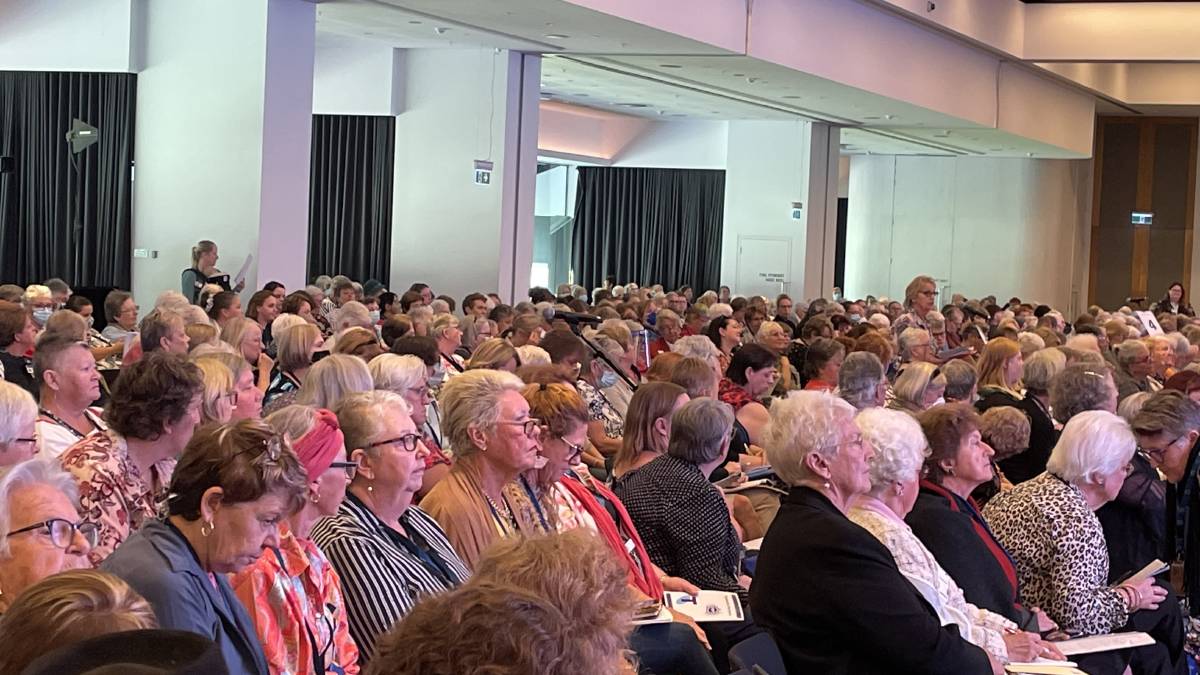 CWA delegates voted to have a referendum on whether the CWA's state motto should be modernised to be more inclusive. Photo by John Ellicott.

CWA's motto for royalty and God, 'out of date', say some members.

It's a conversation that CWA members have agreed they have to have - to amend or axe references to God and the monarchy in the opening lines of the CWA's famous state motto.

One Indigenous CWA delegate said she could not say the first two lines of the motto as she was a republican and it didn't represent her views.

The CWA conference was told that the motto should be changed to suit changes in Australian society since Federation, as part of a move to help arrest declining CWA membership and encourage more diversity in its ranks - the theme of the 2022 conference.

While the wording of any new motto was not discussed, the conference decided a referendum would be held after consultation with members "on the issue of amending or retaining the State Motto".

The motion was moved by the Kyogle evening branch in northern NSW.

One CWA member said she found it difficult to explain to one interested Vietnamese member who was "god" in the motto.

She told her it was all gods, but wasn't sure.

The motion to hold a referendum was carried decisively with applause. The Kyogle branch said the motto had served the CWA well, but now it was time for a change.

"The demographics of 100 years ago are very different from today's," the motion said.

"Our branch believes that in order for the CWA to flourish it should be accessible to as many women as possible.

"Using language that may exclude potential members makes the Association less accessible to those women."