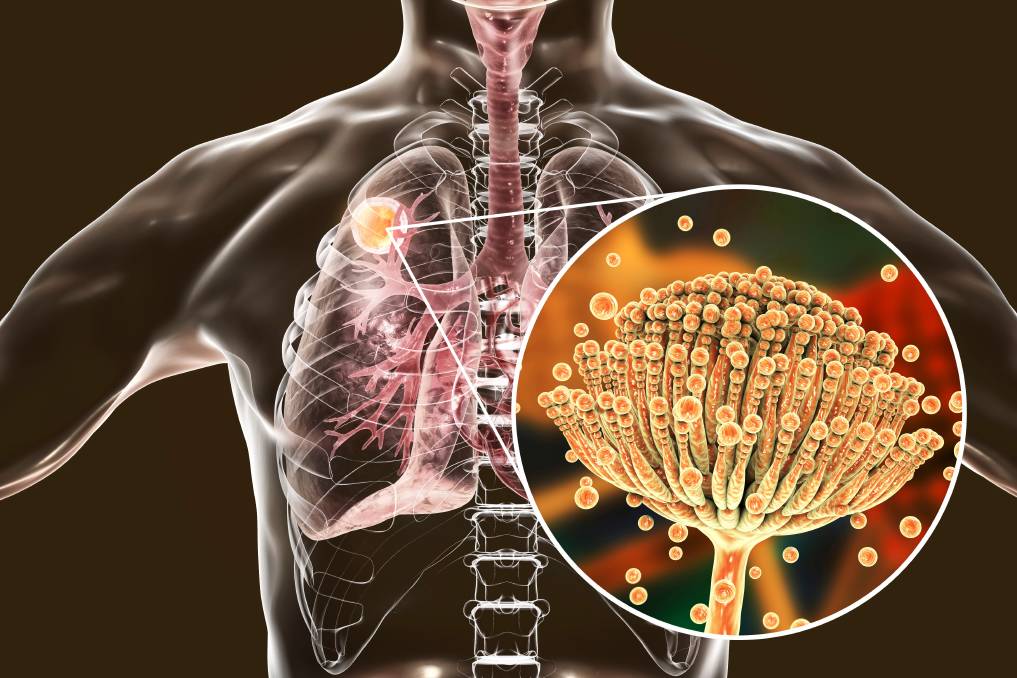 Researchers warn of drug-resistant mould is spreading to cause dangerous lung infects.

A new paper from researchers at Imperial College London in the UK warns that a drug-resistant mould is spreading from the environment into vulnerable people's lungs.

The fungus Aspergillus fumigatus is commonly found in the environment - for example, in soil. For most, exposure to this mould is harmless, but for people with weakened immune systems or certain lung conditions, inhaled spores of A. fumigatus can cause a dangerous lung infection called aspergillosis. Aspergillosis can be fatal if left untreated.

Antifungal drugs known as azoles are the first line of treatment for A. fumigatus infection. They work by interfering with an enzyme the fungus uses to build its cell membrane, eventually killing fungal cells.

"Understanding the environmental hotspots and genetic basis of evolving fungal drug resistance needs urgent attention, because resistance is compromising our ability to prevent and treat this disease," says senior author Matthew Fisher, a professor at the Imperial College London School of Public Health.

Fisher adds that the prevalence of drug-resistant aspergillosis has grown noticeably since the turn of century and now comprises up to 40 per cent of cases in Europe.

Scientists and doctors already knew that antifungal-resistant A. fumigatus was causing disease, but they weren't sure when and how the mould was developing this resistance.

"We've not been sure how patients are acquiring these [drug-resistant] infections - whether they develop in the lungs during treatment for the infection, or whether the mould spores that infect them are drug resistant in the first place," explains lead author Johanna Rhodes from Imperial College London's MRC Centre for Global Disease Analysis.

To learn more, the researchers sequenced the DNA of 218 samples of A. fumigatus from across the UK and Ireland. Most of the samples (153 samples) came from aspergillosis patients, but a further 65 came from environments including soil, compost and air. Almost half of the samples were resistant to at least one first-line azole drug.

Further, the results uncovered six patients who had been infected with strains of A. fumigatus also found in the environment. Genetic similarities suggested that the mould had spread from the environment to the patient.

"Our study finds that both routes of infection are possible and confirms concerns that pre-resistant mould spores in the environment are able to enter and infect people's lungs, causing harder-to-treat disease," says Rhodes.

The researchers called for more research into drug resistance in A. fumigatus, highlighting that the risk of aspergillosis was likely to continue to grow.

"More and more people might be susceptible to Aspergillus fumigatus infection because of growing numbers of people receiving stem cell or solid organ transplants, being on immunosuppressive therapy, or having lung conditions or severe viral respiratory infections," says Fisher.