We have five copies to give away of the series Under the Vines.

When Sydney socialite Daisy Munroe (Rebecca Gibney, Winter) and London lawyer Louis Oakley (Charles Edwards, The Crown) inherit a New Zealand vineyard, they quickly learn that neither is the "sole heir" as each believed-and that the estate itself is a dilapidated money pit.

The disenchanted duo want nothing more than to sell up, split up, and get out of there. But when they get an unexpected taste of success, they wonder if the vineyard may not be worthless after all.

Despite never having done a hard day's work in their lives, these unlikely vintners must somehow make the Oakley Winery profitable if it's to survive.

And as they dig into the project, they discover it's never too late to come of age. 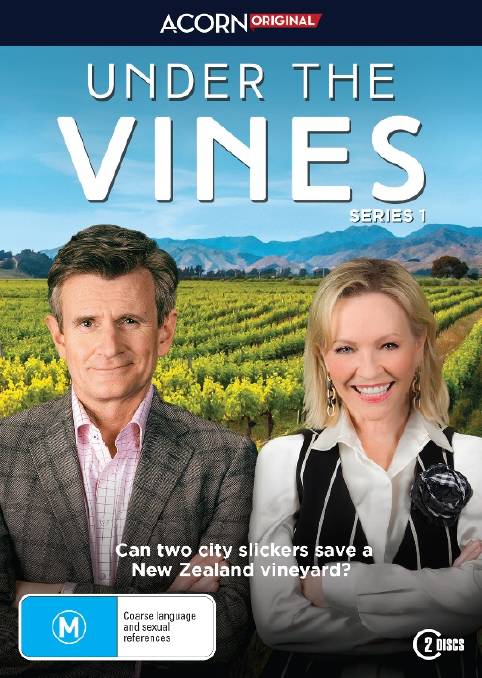 Under the Vines cover. Photo supplied.

We have five copies to give away. Fill out the entry form below for your chance to enter the draw.