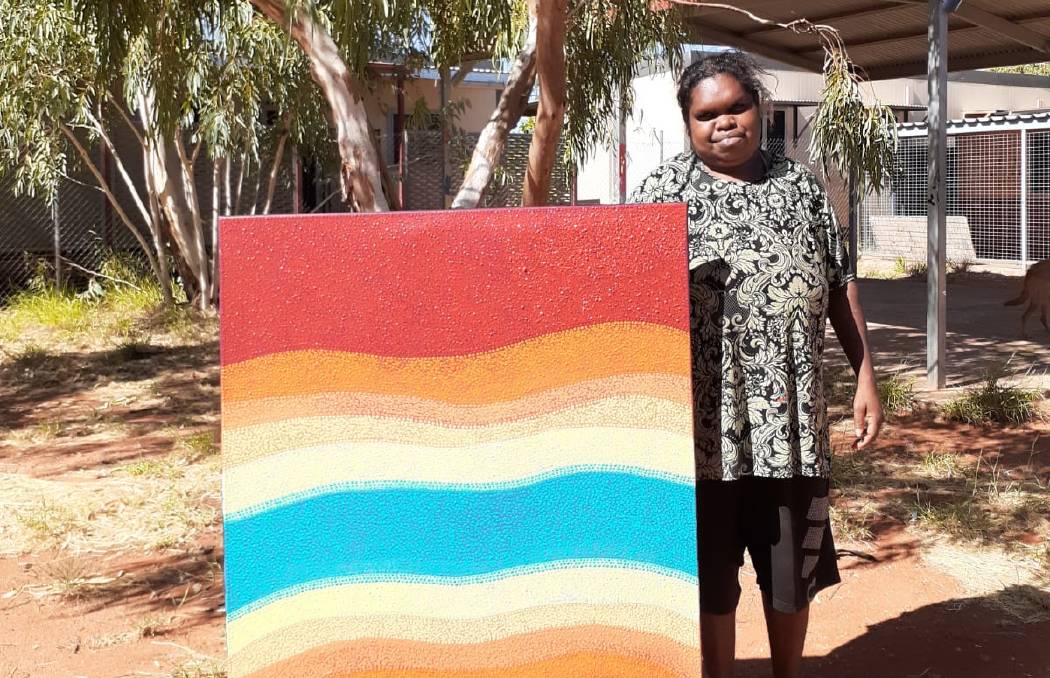 LIVING COLOUR: Artists and makers from remote areas all over Australia are headed to Sydney for the National Indigenous Art Fair. Pictured: Donna Ferguson from Kaltukatjara Studio

Remote Indigenous artists from all over Australia are heading to Sydney's foreshore.

The work of some of the nation's best Indigenous artists, designers and makers will be heading to the Sydney Harbour foreshore next month.

This year's National Indigenous Art Fair (NIAF) is heading to the Overseas Passenger Terminal, in The Rocks on the weekend of July 2 and 3.

The NAIDOC Week launch event will showcase the ideas and innovations of creatives from remote Indigenous art centres around the country.

Each community will showcase artworks, handcrafted and limited-edition items which were made using locally sourced materials, natural fibres and dyes.

The Corporation's chief executive Peter Cooley said the event also provided a rare opportunity to meet artists from some of Australia's most remote areas.

"The National Indigenous Art Fair symbolises an incredible gathering of Aboriginal and Torres Strait Islander creatives, with many travelling from the far corners of Australia - places like Ceduna, Haasts Bluff, the Tiwi Islands and Yuendumu," he said.

"We feel privileged to host these incredible artists in Sydney..., to provide a platform for them to promote and sell their artworks and host workshops demonstrating their unique arts and cultural practices."

Creatives from remote areas will be joined by local artists, designers and makers from Australia's leading First Nations marketplace, the Blak Markets.

The NIAF will also shine a light on issues impacting Indigenous Australians through a number of panel discussions.