Art imitates life for Dave Cox, who's new single reflects his need to act now and not put things off. 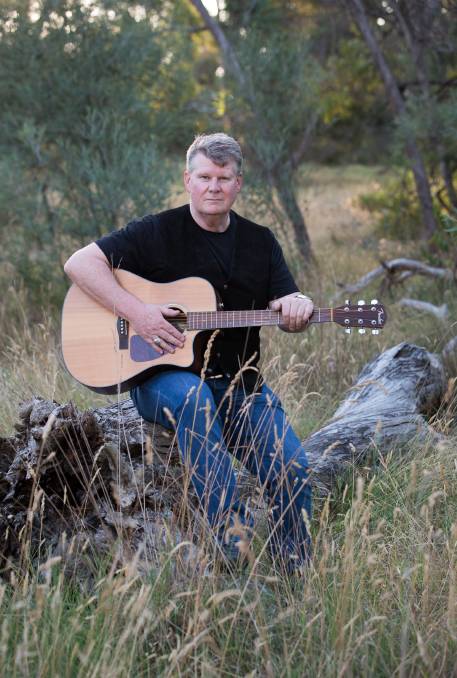 It was leadership that drove Dave Cox to start writing his own music, in a bid to encourage people to pick up the guitar for their mental health.

He is the founder of Guitars for Veterans Australia, a not-for-profit organisation that teaches Australian veterans how to play guitar, particularly as a way to help manage PTSD. Tommy Emmanuel is an ambassador.

The 67-year-old Lysterfield resident released his latest track Can't Waste A Day on May 2 - his birthday - and is planning to release his debut album later this year.

Dave has been slinging guitars off his shoulder since his teens for fun. But once he launched the charity in 2017, the ex-Army officer felt the pressure to be a role model for program participants, and started releasing his own music.

"I felt if I'm going to lead this, I need to demonstrate this; don't be an observer... get yourself established as a backyard artist," he said.

The idea behind Guitars for Veterans Australia came from travels in the USA, where he met Patrick Nettesheim, a co-founder of Guitars 4 Vets, which offers a guitar instruction program aimed at providing Veterans struggling with physical injuries, PTSD, and other emotional distress a unique therapeutic alternative. With his own experience in the Army and his passion for guitars, Dave thought "I have to do this in Australia."

So far, 320 veterans have gone through the program, where they are gifted a guitar and 10 lessons from a qualified music teacher.

"It's enough for them to play a simple song and sit on that, or inspire them to pursue music further," Dave said.

In 2021, Deakin University approached Dave and asked him what they could do to help. He requested a research paper that looked into the effects of guitar playing and treating PTSD. The research team, comprised of Masters students, found there was an improvement of 30 per cent in the mental wellbeing of people who took up such programs.

Dave finds guitar playing helpful for his own state of mind, as have others he's had conversations with.

"Music is a safe place for me," Dave said.

"A vet once told me it opens a window of serenity in their mind, and I never thought about it that way before."

Dave picked up the guitar at age 14. It was 1969, there was only AM radio and black and white TV for entertainment, and he would strum the instrument in his bedroom for entertainment. In those days, kids would have high school garage bands and if people were having a party, "characters" like himself would be called upon to jam.

"I formed a love for music; I met people and enjoyed it," Dave said.

At 15, he put down the guitar and joined the Army, where he learned a trade in radio communications. Thankfully, he wasn't called to serve in any conflicts, such as Vietnam, and only did work to help the community.

When Dave was static at a location, he had his guitar with him, and the instrument was a vehicle for communication, particularly as he shifted units.

"I was able to form friendships with it at parties, or form little bands. Even people in your unit needed music," he said.

"It helped with the isolation."

It was in the Army that he not only learned his trade, but also leadership and management, which led him to secure senior positions and corporate roles. Today, he owns a business in radio communications, and he was previously a general manager for Motorola in Australia.

Of course, it was the organisation he founded, Guitars for Veterans Australia, that drove him to pick up the guitar seriously. His tracks released to date include influences of rock, country and folk and lyrically he tries to write on the brighter side, but it's Can't Waste A Day that could be interpreted as being close to his current state of mind. It was written in 2021 during lockdown in his garage where he has a "guitar bar" set up.

There's a verse in the song that says "no more lame excuses, I tell myself each day. I've got to pick the ball up, I've got to own the play".

Dave told The Senior: "I came to the realisation last year that 'minutes are important, you've just got to do it.

"You have this precious time and it's valuable, and being in this situation, you get depressed and think 'we're just spinning wheels'.

"You tend to put your excuses to justify inaction - everyone has the same thing and use it as a reason not to do stuff, and they're lame."

In March this year, he was backstage at a concert with Ross D. Wyllie talking about this feeling and that you can't waste a day.

"He put his hand around my elbow and said 'that's the title of a song'," Dave said.

"It was the words from Ross that sparked me".

There's one song left to record and then the album will be finished. It's being produced by Lee Bradshaw at Bradshaw Music Productions and all going well, should be released by the end of the year.

Dave is also the first Australian musician who has been approved to use the 'Australian Made' logo on his products. This is for recognition of the music, written, produced and recorded in Australia, and any CDs must be printed and recorded here.

If there's anything Dave has learned about the music industry in the past few, it's the sense of community. "The music people are wonderful - the acceptance as an artist is remarkable; they look at your song and they'll listen and encourage you," he said.

Can't Waste A Day can be purchased here.