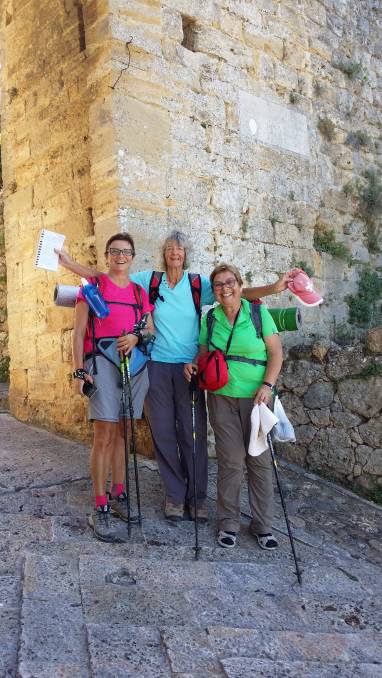 A-WALKING WE WILL GO: Heath de Burgh, centre, with fellow walkers on the ColleVald'Elsa to Monteriggioni trek in Italy.

If the longest walk you do each week is to the bus stop, then spare a thought for Heath de Burgh who hasn't enjoyed her long trek for nearly three years thanks to certain world events.

If you're feeling puffed now, Heath is currently walking a section of the French Camino from Le Puy to St Jean Pied de Port. That's 790km - or 490 miles to you - on a 40-day adventure.

Heath, 79, of Dulwich Hill, has been doing these treks since she retired after working as a secretary for 55 years.

"I'm a bit worried," she confided before leaving Sydney. "I've always done these walking holidays but I haven't been able to for two and a half years due to the pandemic.

"During the lockdowns I walked near home and in the lead-up to my latest trek, I've been doing long walks around Sydney and Manly to get fit. I'm sure I'll be okay." Previously, she has walked three journeys along the Via Francigena in Italy, as well as many other active global adventures.

Health is a regular client of UTracks, the world expeditions travel group which leads cycling and walking tours to Europe.

"I love these walks," she said. "It's just you and the roads.

"I've been to Paris many times when I lived and worked in London but I've never seen the rest of France and this is the way to do it.

"I love the solitude. I believe you don't see too many people on this pilgrimage. In Spain, it was almost like Pitt St with so many people and only shuffle room for walkers.

"I've previously done treks in Italy, which I adore. You wander along on your own and see olive trees, magnificent scenery and, occasionally, people or farmers on tractors in the fields.

"Everyone is friendly and waves at you. It's a wonderful way so see the world. I've always been fascinated by history and culture." 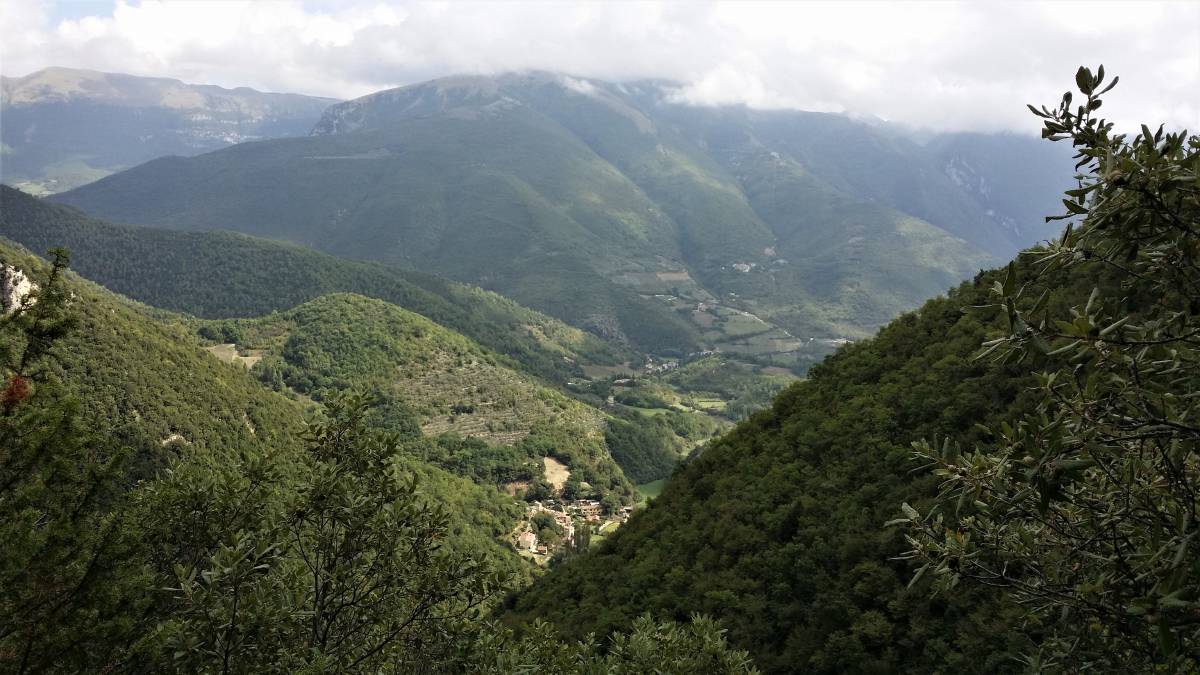 HOW'S THE SERENITY: The view from The Way of St from Spoleto to Ceselli.

The French Camino, or the Way of St James, is one of the routes of the Camino de Santiago, a pilgrimage to the tomb of Apostle St James in Santiago de Compostela.

It is also the most popular of the Camino routes and the most famous pilgrimage in Europe.

It is an ancient pilgrimage trail originating in medieval times. Made up of a vast network of roads and paths, pilgrims travel these to arrive at the Cathedral of Santiago de Compostela.

This UNESCO World Heritage site, which connects France and Spain via the Pyrenees mountains, has been traversed since the Middle Ages by pilgrims seeking the shrine of St James the Great.

"I'd much rather see the world this way than in a tour bus," she said.

"Mind you, I am 79 and don't know how much longer I'll be able to do walks like this. There might come a day when I might have to hop on the tour bus."