Recent buyers Bernadette and Terry Keel said an interest rate rise was something they factored in when purchasing their home. Picture: Keegan Carroll

"We are of the generation that were paying 17.9 per cent on our mortgages ... so we know what it's like to really buckle down and get through it."

With an interest rate rise expected as early as Tuesday, home owners are preparing for an increase on their mortgage repayments.

Analysts from property data firm CoreLogic expect a lift in the cash rate to ease demand for new mortgages and add downward pressure on the rate of housing price growth.

CoreLogic head of research Eliza Owen told The Canberra Times an interest rate rise would have varied impacts on mortgage holders, depending on when they purchased their property.

"If you bought prior to this low interest rate environment, then you're not going to see as much pain as those who took on very low mortgage rates and borrowed to the max," she said.

"Having said that, the COVID period has also seen high levels of pre-payments accumulated for variable mortgages, high rates of savings that people could use to pay down their mortgages once their fixed terms rollover and we're also seeing this [possible] increase in rates come off the back of, and indeed being triggered by, the strongest labour market conditions that we've seen in decades.

"So that tight labour market is going to, of course, support mortgage serviceability and underpin some stability in the housing market.

"But undoubtedly there will be some people at the margins who face higher levels of financial stress and could be at risk of declining mortgage serviceability."

Bernadette and Terry Keel recently purchased a property in the Queanbeyan region, downsizing from their Canberra home of more than 30 years. The pair said a possible rate rise was something they had factored in, but weren't overly concerned about.

"Obviously with petrol going up because of the war in Ukraine and various other factors, that's got to push up inflation. It was logical that interest rates would rise sooner rather than later, so subconsciously I think we've factored that in," Mr Keel said.

"We are of the generation that were paying 17.9 per cent on our mortgages ... so we know what it's like to really buckle down and get through it. These things are troughs and peaks, over time it will all even out. 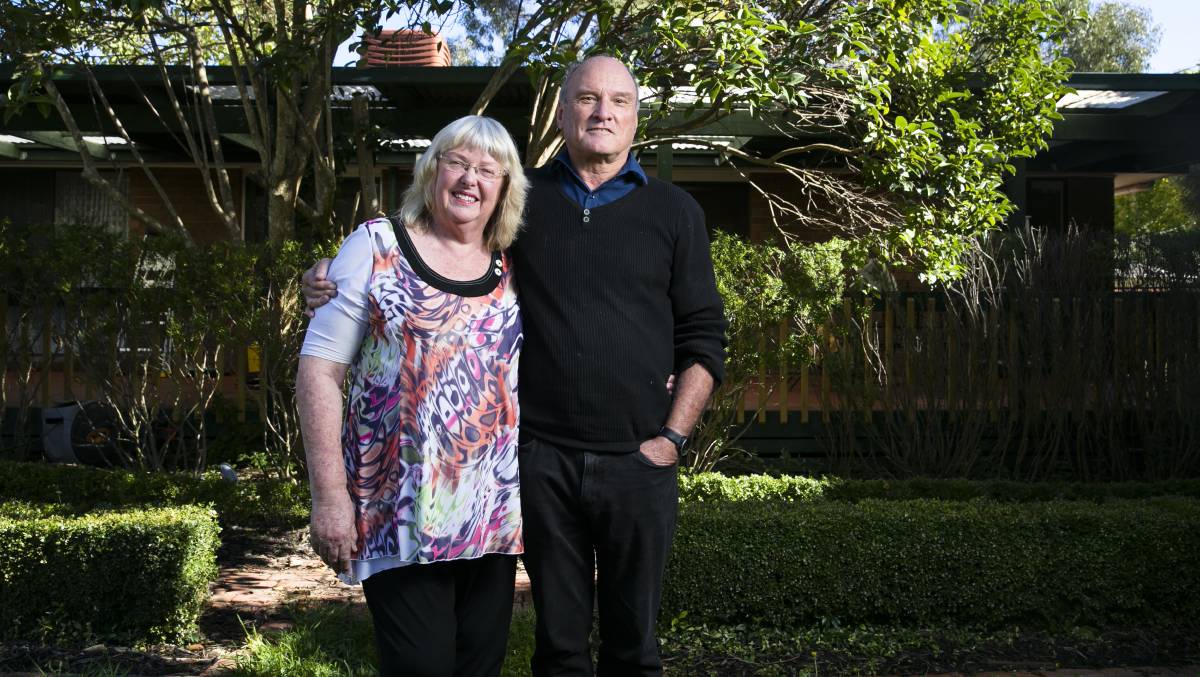 Bernadette and Terry Keel are now preparing to sell their home of more than 30 years. Picture: Keegan Carroll

"I'm sure for younger people who are coming into the market, it must be really scary for them but I think I would want to say to them, just hold tight," Mrs Keel said.

CoreLogic's April home value index, released on Monday, saw property values decline in some capitals. Sydney and Melbourne recorded the nation's first quarterly decline in house values since 2020, falling by 0.3 per cent and 0.5 per cent, respectively.

Canberra's house values have continued to increase, albeit at a slower rate than 2021, up 2.5 per cent for the three months to April.

CoreLogic analysts say a rate hike may trigger an earlier than expected decline in prices outside of Sydney and Melbourne.

The Keels are now preparing to sell the Canberra home they purchased in the early 1990s, when they say the market was "enormously different".

Mr Keel said initially they had concerns Canberra's property market was slowing, however they don't see it having a major impact on the sale of their home.

"We were worried, I think it's fair to say, and [that is] probably still bubbling underneath but we've got some good advice from people we trust. The expectations are that the market, with interest rate rises on the horizon, will taper off. [Prices] won't drop down ... but we won't continue to see the exponentially high house prices in Canberra," he said.

"When it has happened in the past it does take maybe a month or so [for the impact] to be seen ... but certainly, interest rates will definitely give people pause," he said.

"Especially if they're looking to upsize to a bigger property, they might re-evaluate and go, 'You know what, maybe we don't want to spend that much or maybe we might renovate instead'."