Leeches are creeping into eyes, ears, noses and unmentionables.

PET owners are urged to be on the lookout for leeches, with a spate of pets being treated after the blood-sucking worms have latched on.

In an average year Northside Emergency Veterinary Service (NEVS) on Sydney's northern beaches will treat just one pet for a leech, but the ongoing wet weather this year has led to around four pets a week needing help.

Leeches are crawling into eyes, noses, ears and, in one case, the penis of a dog.

NEVS vet Dr Heather Russell said while leeches can't kill a dog or cat, the anticoagulant they inject can lead to spontaneous bleeding where the leech attached onto your pet.

"The leeches can damage the eyes when we're removing them," she said. 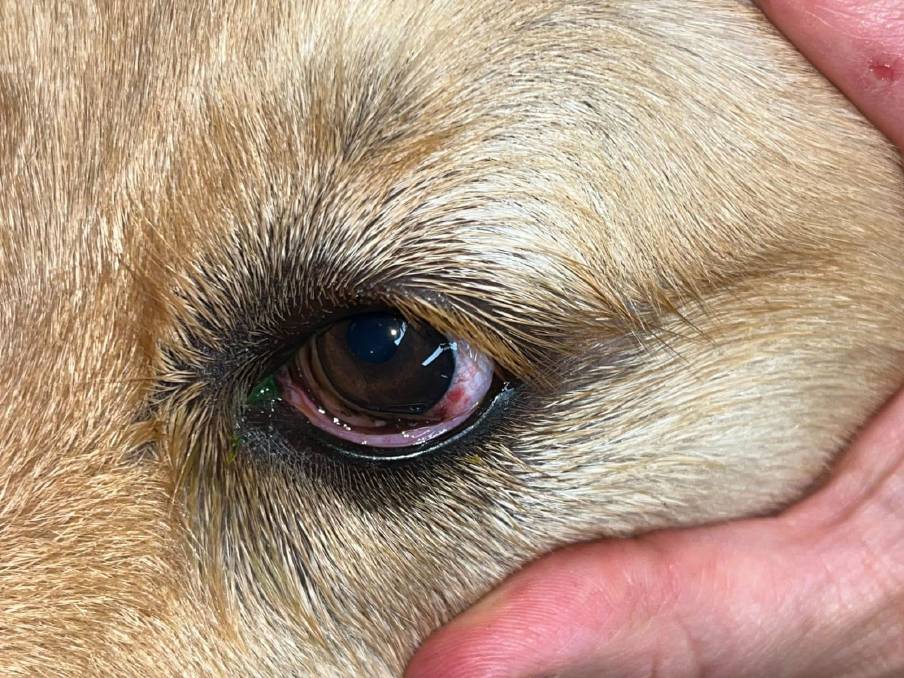 Leeches in easy-to-access locations on your pet can be removed at home, however people are urged to apply pressure once the worm is removed to stem the bleeding.

Dogs have been the most common target for leeches during recent weeks, Dr Russell said.

If your pet has a leech in its eyes, nose or other hard to access place, it should be taken to the vet.

Leeches aren't the only concerns for pet owner during the ongoing wet weather, with leptospirosis killing a puppy in NSW this week.

"Sadly it had had its [leptospirosis] vaccine the day before," Dr Russell said of the puppy.

The disease is spread through the urine of rats and mice, and while uncommon in the northern beaches, leptospirosis is "highly fatal even with the very best of care".

Dog owners are urged to empty communal water bowls in parks and refill them before allowing their pet to drink from it.

Symptoms of leptospirosis in your dog include: lethargy, fever, spontaneous cough, decreased appetite, vomiting and diarrhea, nose or eye discharge, jaundice (yellowing gums, eyes or skin), and a weakness or reluctance to move from pain.