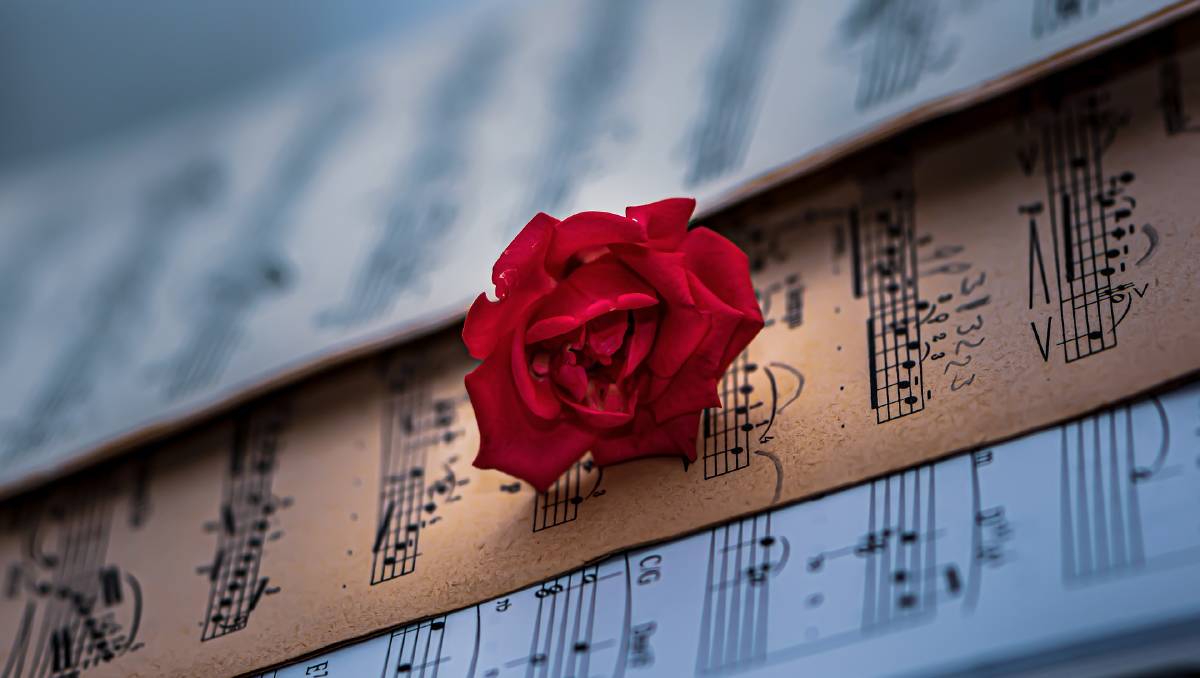 SING ME A LOVE SONG: Swearing, money and sad words have increased in song lyrics over the decades, while love songs have declined but remain the most popular.

What artists have been singing about over the past 70 years has changed with the change in music styles and genres.

Those of us who lived through the '50s and '60s - and that, I suspect, would be most of the readers of The Senior, including I admit, Yours Truly, enjoyed the loved-up, positive, happy vibe which resonated through the music scene.

Fast forward through the years - and boy did they go fast - and our love of "love" and "happy" lyrics has apparently diminished while the sad song has gained in popularity, according to research commissioned by UK digital care home marketplace Lottie.org. Perhaps it's because, as Elton John put it - "Sad Songs Say so Much".

This is of course a very sad state of affairs because who doesn't love a good love lyric.

Music is a powerful tool of nostalgia, with songs able to take you back to certain times or places in your life. I'm sure I'm not alone in hearing lyrics on the radio and immediately flashing back to a time and place when the wrinkles weren't quite so pronounced and where I inevitably catch an infection of earworm which has me singing the same lyrics for the next three days.

According to Lottie.org, which analysed over 35,000 songs from the 1950s to the 2010s, looking particularly at love, swearing, sex, and money, the shift in what artists have been singing about over the past 70 years has changed with the change in music styles and genres.

Although remaining by far the most popular category, there has been a steady decline in the use of love lyrics since its peak in the 1950s when they appeared in a monumental 88.13 per cent of the songs covered in the study.

While the 1960s may have been responsible for the 'Summer of Love', this did not prevent a decline of nearly four per cent in romantic lyrics from the previous decade.

Ahh, who can forget the '50s moonstruck lyrics of Elvis or Jerry Lee Lewis, Pat Boone or the Everly Brothers, to name a few; or the '60s toe tapping gems of The Supremes, The Beatles, Cream or Chubby Checker.

The '70s brought a halt to the Flower Power vibe with the more aggressive punk and heavy metal and lyrics have apparently become even more negative since then. 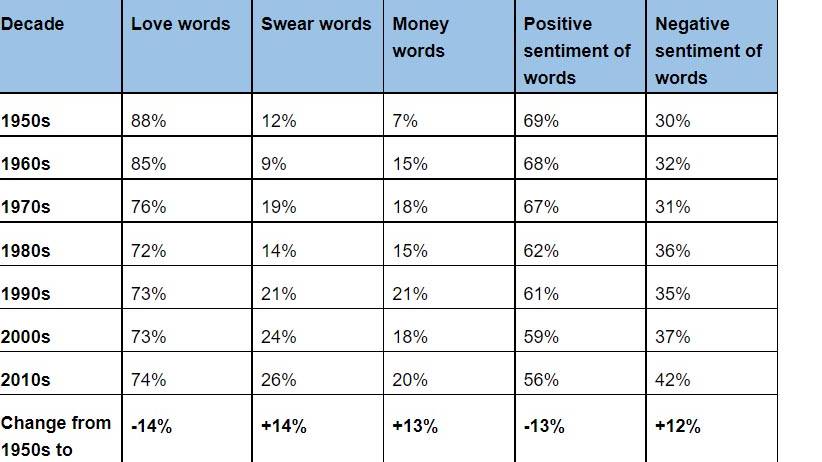 And while musically many of us might want to forget the two decades that followed, the research shows by the 2010s, love words were down by 14 per cent from the 50s while negative sentiments were up by 12 per cent.

Lottie.org found that the category increasing the most is swear words, which are more than twice as common now as they were in the 1950s. I expect that just reflects society - profanities are such a common aspect of speech today, their shock value is almost non existent.

Songs containing money-related words peaked in the 1990s, and overall have increased by 13 per cent since the 1950s.

When it comes to sentiments, lyrics of a negative nature are now much more popular. Forty two per cent of 2010s' song lyrics are negative, compared to the 1950s which was under a third (30 per cent) - an increase of 12 per cent. In terms of positive lyrics, they're currently sitting at just over half (56 per cent) - a 13 per cent decrease since the 1950s.