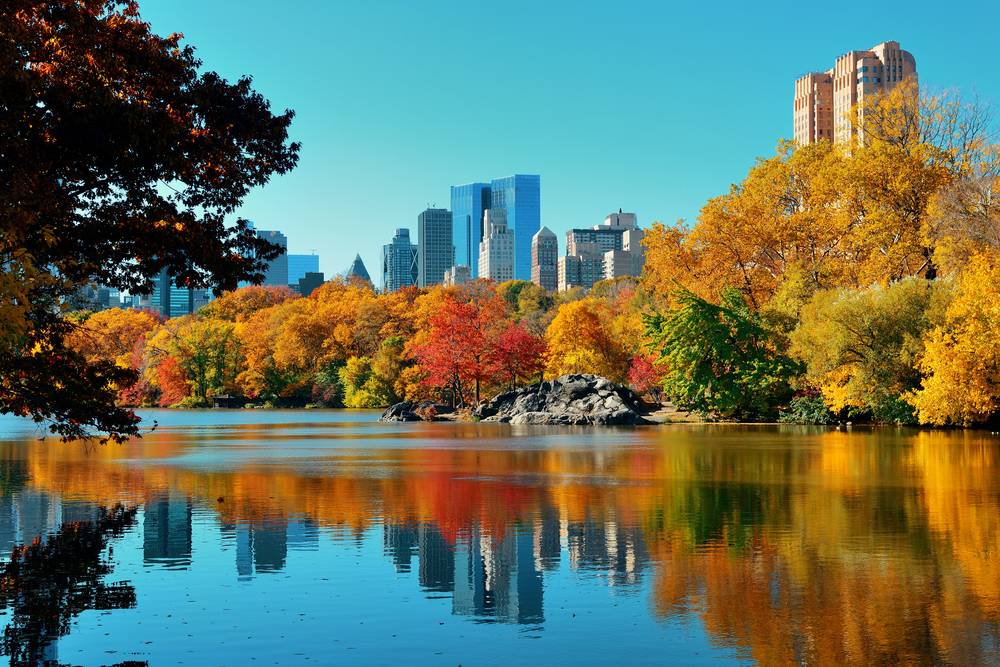 Book now for the Fall Colours fully escorted cruise to the USA and Canada from October 7 to 26, 2022.

As a travel destination, New York and Canada are definitely back on the itinerary for 2022.

Join The Senior and Travelrite International onboard the Caribbean Princess for the Fall Colours fully escorted cruise to the US and Canada from October 7-26.

The first full day is spent exploring New York City and seeing the major sites including the Empire State building, Wall Street, the Rockefeller Centre, Fifth Avenue, Times Square and the 9/11 Memorial. Relish some free time in the afternoon to shop and explore further before a welcome dinner in the evening.

The next morning board a boat to the Statue of Liberty and then on to Ellis Island, where half the population of the US entered for the first time.

On day four, after a morning of more shopping and landmarks, it is time to board the Caribbean Princess. Check out the New York skyline as the ship departs.

The first stop is Newport, Rhode Island. Marvel at the splendour of the great mansions like The Breakers, The Elms or Rosecliff before socialising at a drinks party to celebrate the cruise part of the journey.

The ship arrives in Boston next morning. The home of Harvard University, the area is among the most varied and interesting in the US. A city tour follows taking in important sites associated with the American War of Independence.

Bar Harbor, Maine, is the following day's stop. Here the group disembarks for a drive through Acadia National Park and to marvel at the spectacular coastal scenery, not to mention a number of Victorian mansions. CANADA, AHOY: Historic Saint John in New Brunswick is the first port of call after leaving US waters.

See the astonishing natural phenomena that is the reversing River Rapids as the St John River reverses direction and flows upstream. Today redevelopment of the waterfront and the old district has restored Saint John's charm and its sense of history.

A guided sightseeing tour takes in Halifax's historic waterfront on day nine. Be fascinated by tales of the Halifax Explosion of 1917 and the scenic Old Town precinct. The Fairview Lawn Cemetery here is the last stop for more than 100 of the RMS Titanic's lost souls.

After a sobering visit enjoy the quaint fishing village of Peggy's Cove and its gorgeous lighthouses.

From there, the tour takes in Sydney, Nova Scotia, with its must-see colonial town of Old Sydney, including buildings from the late 18th to early 19th centuries. 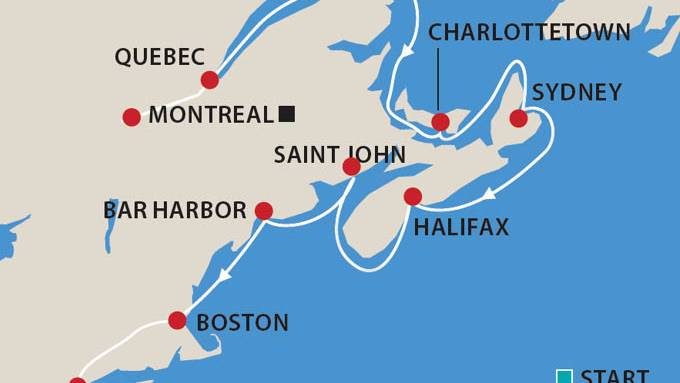 Continuing along the coast, Charlottetown, the capital of Prince Edward Island, is reached. This is the location for the novel Anne of Green Gables.

After a day at sea, Quebec City is the destination. Founded in 1608, the Old Town of Quebec is the only walled city in North America and is a UNESCO World Heritage site.

A second day in Quebec is spent travelling on a scenic train journey of Train de Charlevoix, a 125-kilometre journey running from Quebec City through rural landscapes, seaside towns and villages. Several more days are spent exploring all Quebec has to offer.