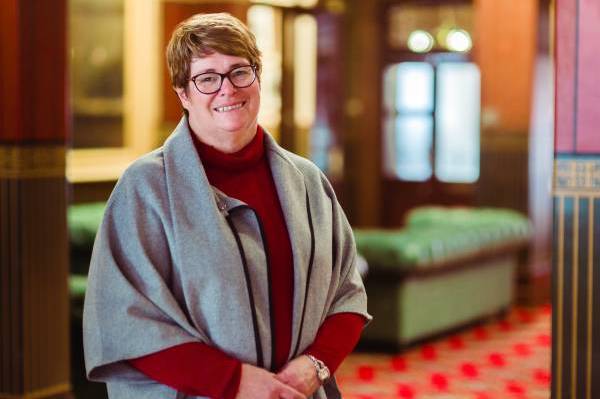 IMPORTANT MILESTONE: CWA of NSW President Stephanie Stanhope said the stamp release of this stamp acknowledges the work of all CWAs.

Australia Post has released a new stamp to celebrate 100 years of advocacy and community work by Country Women's Associations across Australia to improve the lives of rural and regional women, children and communities.

The first Country Women's Association (CWA) was formed in April 1922 in NSW and today it is estimated there are more than 21,000 CWA members nationally in more than 1100 branches Australia-wide.

Guided by the long-standing motto "Service to the Country, Through Country Women, For Country Women, By Country Women", each not-for-profit association creates a support and social network for women, particularly in remote areas, advocating on key issues including access to medical and education services and undertaking fundraising including through sales of iconic scones and cookbooks.

The stamp, designed by Stacey Zass, features the CWA of NSW's foundation president, Grace Emily Munro MBE (1879-1964), who lobbied government to build and staff maternity wards, hospitals and schools, raised funds for bush nurses and a Royal Flying Doctor's Service base at Broken Hill, and was the first woman to serve on a hospital board in rural NSW. 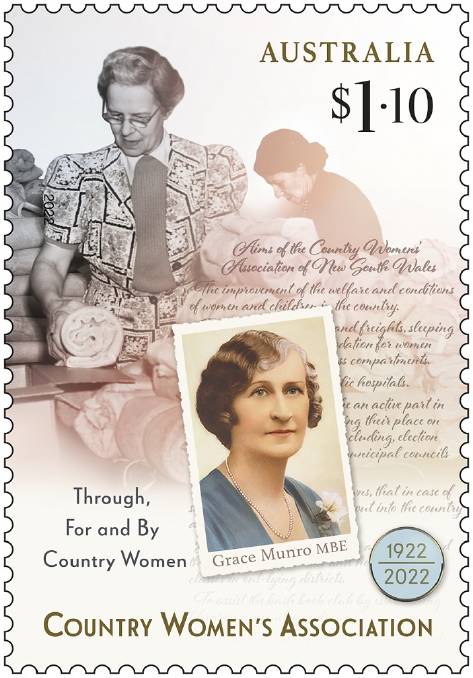 CWA of NSW President Stephanie Stanhope said: "The celebration of our centenary is an important milestone for our association and our members, marking 100 years of advocacy on behalf of NSW country communities and the provision of assistance across a wide variety of programs and initiatives.

"The release of this stamp acknowledges the work of all CWAs, but as the first association, it is a particular highlight and honour for the CWA of NSW as we embark on the next 100 years of representing the interests of rural and regional NSW."

The CWA of Queensland was founded in August 1922 and the rest of the mainland states had formed associations by 1929. A branch was created in the Northern Territory in 1933, an association began in Tasmania in 1936 and a branch formed in the ACT in 1946.

The $1.10 stamp and associated collectables are on sale from today, Tuesday, April 26, at participating Post Offices, online, and via mail order on 1800-331-794 while stocks last.