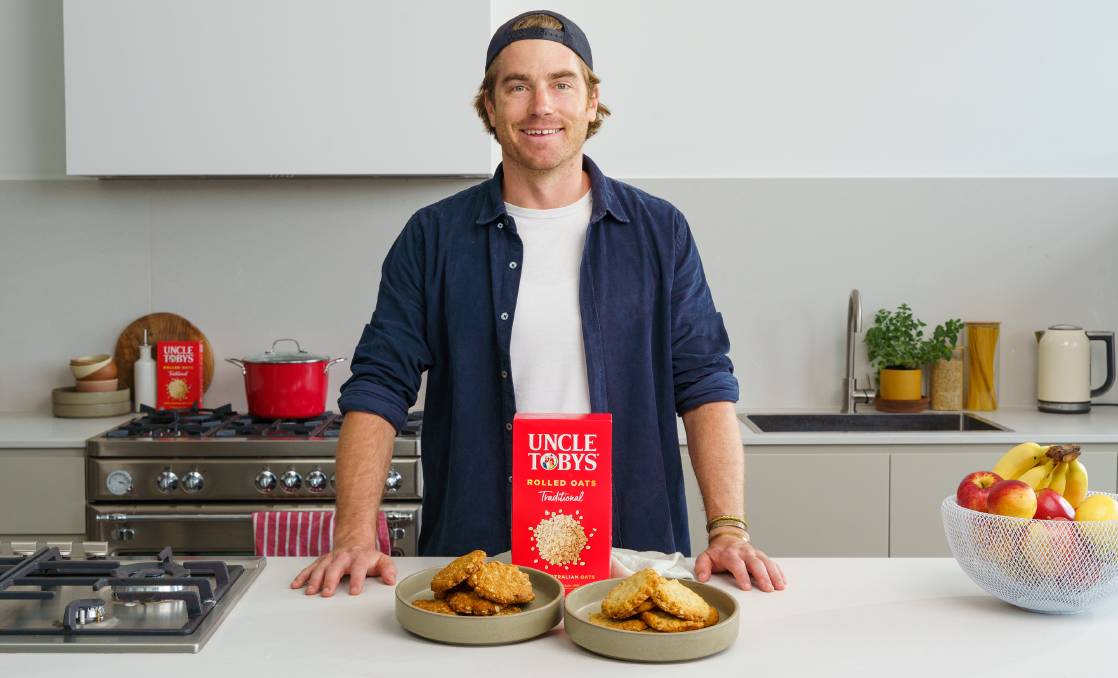 Crunchy, chewy, hard on the outside and soft in the middle... how will you bake your Anzac biscuits?

Many of us will be munching our way through delicious Anzac biscuits - either hard or soft - but have you ever given thought to how they came about?

The Anzac biscuit is a national treasure for Australians and New Zealanders.

It's a recipe shaped by the soldiers who so bravely fought in war and by those back home who rallied behind them. Originally, it was designed to travel well over several weeks at sea, so the recipe didn't feature eggs, golden syrup or coconut.

Their incredibly tough consistency and savoury taste meant that they were purely a source of sustenance and not enjoyable. It is said that some soldiers would even crush them before eating to avoid breaking a tooth.

The sweet Anzac biscuit we know today is the result of the soldiers wives adapting the recipe to sell at community fetes and fairs to raise money for the war effort. Years on, you can still find the famous Anzac biscuit not only at fetes and fairs, but also at the school canteen, cafes, the local supermarket, and of course at home in our kitchens.

As cliche as it may sound, it is hard to beat the comforting smell of home baked biscuits fresh from the oven. There really is nothing like making biscuits with the kids and sharing the amazing history behind a recipe such as this one.

This special biscuit will always remind us of the Anzacs, their bravery and their spirit. As we bake them, we'll be remembering them and passing their story onto the next generation.

Everyone has their favourite types of Anzac biscuit; some like them crunchy, chewy, or even hard on the outside but soft in the middle.

No matter the type you prefer, the original is best when it comes to making a traditional Anzac Biscuit recipe.

In the lead up to Anzac Biscuit season, renowned Aussie cook and UNCLE TOBYS Ambassador, Hayden Quinn reveals his secrets for nailing the perfect Anzac Biscuit recipe, every time.

Hack 1: Ensure you buy good-quality ingredients to give your Anzac biscuits the right texture. For me, UNCLE TOBYS Traditional Rolled Oats work perfectly to make a delicious Anzac biscuit.

Hack 2: If you prefer a chewy Anzac biscuit, bake for 10-12 minutes until only lightly golden on the edges. They will be soft when removing from the oven but firm up once cooled.

Hack 3: If you prefer a crunch Anzac biscuit, replace the caster sugar with brown sugar and bake for 12-15 minutes until very golden brown on the edges. Allow to cool and firm up on the baking track once removed from the oven.

Hack 4: Add a pinch of sea salt flakes before baking to counter the sweetness in the Anzac biscuit and preventing sticking to the spoon.

Hack 5: Brown your butter before adding to the other ingredients to give your biscuits an extra rich nuttiness and caramel flavour.

Hack 6: Anzac biscuit dough will go dry quickly- it's best to bake your biscuits as soon as you've finished making the dough. But once your baked biscuits have cooled down, they can be stored in an airtight container for up to a week or frozen for up to two months. 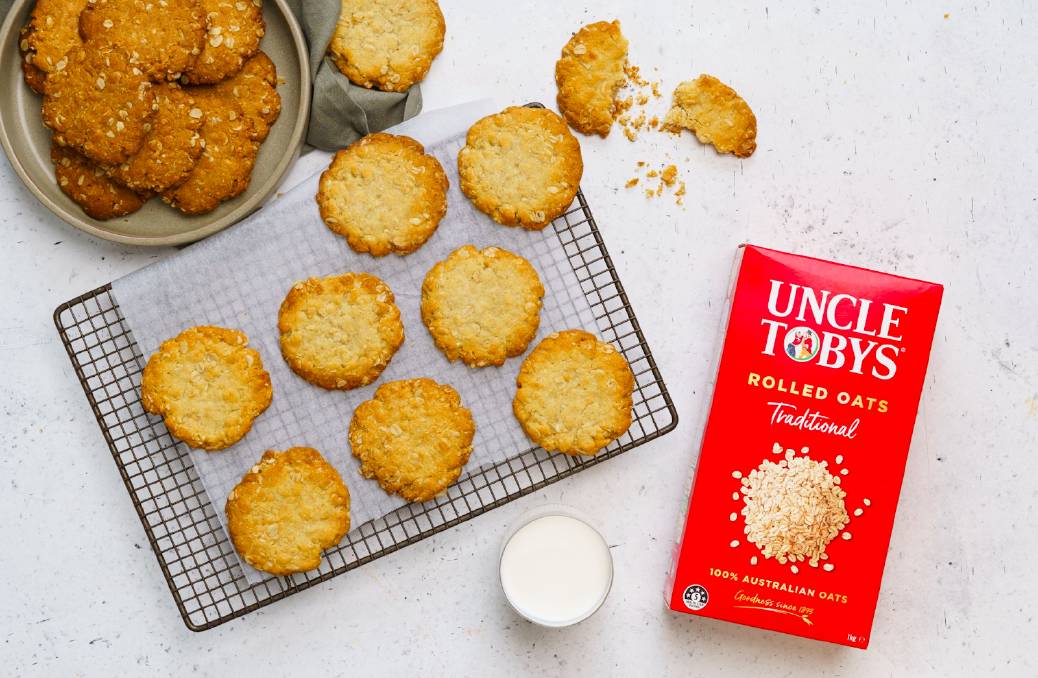 2. Place the flour, oats, sugar and coconut in a large bowl and stir to combine.

3. In a small saucepan place the golden syrup and butter and stir over low heat until the butter has fully melted.

4. Mix the bicarb soda with 1 and 1/2 tablespoons boiling water and add to the golden syrup mixture. It will bubble whilst you are stirring together so remove from the heat.

5. Pour into the dry ingredients and mix together until fully combined. Roll tablespoonfuls of mixture into balls and place on baking trays lined with non-stick baking paper, pressing down on the tops to flatten slightly.

6. Bake for 12 minutes or until golden brown.