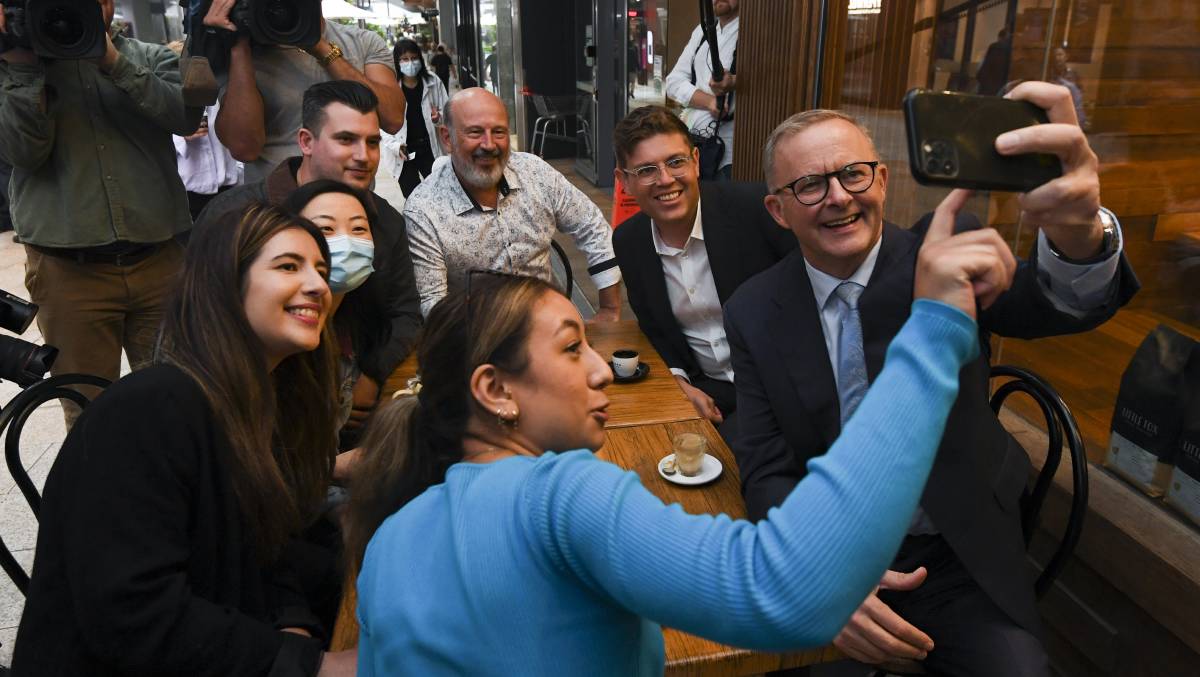 The Labor leader will be forced to pause his tour around the country after testing positive to COVID-19.

Labor leader Anthony Albanese has tested positive for COVID-19, casting a shadow over week two of the federal election campaign.

The Opposition Leader announced in a statement on Thursday evening he had returned a positive result following a routine PCR test ahead of plans to visit Western Australia.

Mr Albanese said he was feeling fine but will need to stay put in his Sydney home for the next week, putting a dent in Labor's campaigning plans.

"I will be isolating at home in Sydney for the next seven days and will continue to follow health guidelines and advice," he said in the statement.

"While at home I will continue my responsibilities as alternative Prime Minister and will be fighting for a better future for all Australians.

"I am grateful to know that I will have access to the world's best health care if I need it, because of Medicare."

Labor's campaign schedule was up in the air as of late Thursday night, with no guarantees the planned trip to Western Australia would go ahead with senior frontbenchers stepping up in Mr Albanese's absence.

Prime Minister Scott Morrison, who had his own bout with COVID-19 earlier this year, wished Mr Albanese well via a message on social media.

The Prime Minister was also understood to have reached out directly to the Labor leader.

"I wish Anthony Albanese all the best for his recovery after testing positive to COVID," the message read.

"Everyone's experience with COVID is different and as Labor's campaign continues, I hope he does not experience any serious symptoms."

The two leaders faced off in a debate on Wednesday night, but Mr Morrison isn't considered a close contact under Queensland Health rules.

Mr Albanese made two stops in NSW's South Coast on Thursday morning, including a retirement village, before a visit to the seat of Bennelong in Sydney in the afternoon.

Mr Albanese's media contingent are required to be triple vaccinated and have returned a negative rapid antigen test before joining the trail.

While on the campaign trail, the press pack is required to wear N95 masks and complete a RAT every three days.

But it hasn't been enough to stop members of the press contracting the virus with at least three having returned positive RATs and needing to isolate within the campaign's first fortnight.

He returned a negative result but confirmed he would remain in quarantine for a week "as so many West Australians have done during this pandemic".

Labor is looking to switch key seats in the western state from blue to red.

While the Coalition holds onto two-thirds of the state's electorates, three of them, Swan, Pearce and Hasluck, are marginal and within grasp for the Labor Party.

But it will need to also hold on to its razor thin margins in Cowan and Perth, where MPs Dr Anne Aly and Patrick Gorman have a 0.9 and 3.2 per cent lead respectively over Liberals on a two-party preferred basis.