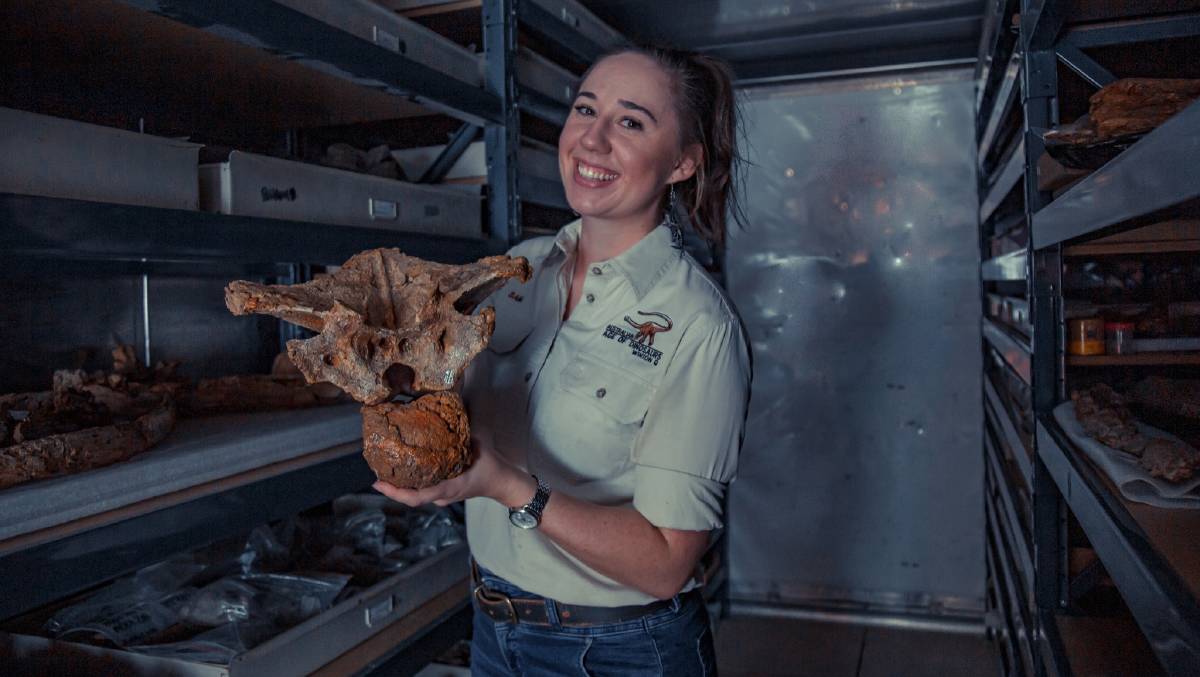 Swinbourne research student Sam Rigby with the fossil remains of Ollie the juvenile sauropod at Winton.

Fossils unearthed at Winton more than a decade ago have been officially identified as Australia's smallest sauropod.

Fossils unearthed at Winton, in Queensland's central west, more than a decade ago have been officially identified as Australia's smallest sauropod.

The juvenile Diamantinasaurus matildae, nicknamed "Ollie", is a titanosaur sauropod and the third of its species to be discovered and the first juvenile sauropod to ever be found in Australia and it follows the discover of a "broken dinosaur killer" croc in the same region earlier this year.

Ollie lived 94 million years ago, measured 11 metres in length and is the smallest sauropod found in Australia.

Ollie weighed 4.2 tonnes at the time of his death,roughly the size of an adult elephant while adult sauropods grew to between 20m to 30m.

The fossils were recovered on a sheep station near Winton in 2012 and is officially a Diamantinasaurus, named for the river which goes through that part of far western Queensland.

The discovery will help researchers understand how the Diamantinasaurus grew. 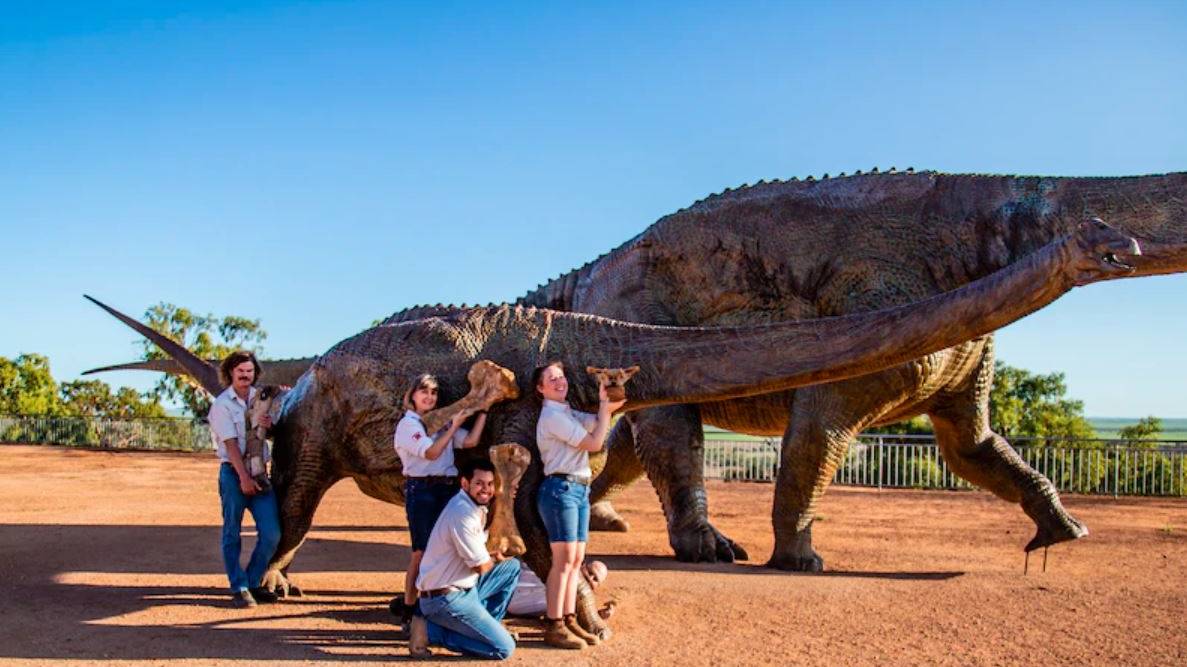 Staff at Australian Age of Dinosaurs in Winton show fossils unearthed a decade ago are now officially identified as Australia's smallest sauropod.

Winton's Australian Age of Dinosaurs museum announced the news saying most of the bones from the juvenile titanosaur were recovered in remarkably good condition and were located about one metre below the surface, sitting on a layer of fossilised angiosperm (flowering plants), ginkgo (maidenhairs) and fern leaves.

Research on the juvenile titanosaur was led by Museum Research Associate Samantha Rigby who is undertaking a Master of Science (Research) at Swinburne University of Technology under the supervision of Dr Stephen Poropat.

Using a handheld laser scanner, Ms Rigby digitally scanned each bone from the specimen to create three-dimensional models that enabled her to digitally compare them with other sauropod remains from the Museum. This comparison led her team to discover that the small specimen belongs to Diamantinasaurus though with juvenile characteristics, such as unfused vertebrae, minimal muscle scarring, smooth bone texturing and marked proportional differences to an adult.

Researchers found the bones of the small titanosaur grew allometrically, meaning that its bones changed shape and different parts of its body grew at different rates.

"The limb bones (humerus, thumb claw and femur) of this juvenile titanosaur grew at a more rapid rate than its back and shoulder bones," Ms Rigby said.

"The limb bones are also narrower in width when compared with the robust limb bones of an adult Diamantinasaurus. This suggests that as "Diamantinasaurus" grew, its limb bones became more robust to enable it to support its immense weight."

The skeleton of the young sauropod is almost 10 per cent complete and includes three thoracic vertebrae, several ribs, a scapula, a humerus, a thumb claw and a femur.

"At the time of its death, this juvenile titanosaur weighed around 4.2 tonnes, which is about the same as an adult Asian elephant," Ms Rigby said.

"This exceedingly rare and globally significant find provides important insights into the growth patterns of sauropod dinosaurs and, in particular, titanosaurs."