People are being called to prepare for a resurgence by rolling up their sleeve before winter.

This is not the year to forget about influenza, say health professionals who are urging residents to get vaccinated.

With international borders reopening and distancing and mask restrictions relaxed, people are being called to prepare for a resurgence of infections by rolling up their sleeves ahead of winter.

Dual Olympian turned medical doctor Jana Pittman is the face of a new Immunisation Foundation of Australia campaign that urges people not to forget influenza or forgo protection.

The mother of six had her own nasty experience with the disease two years ago. 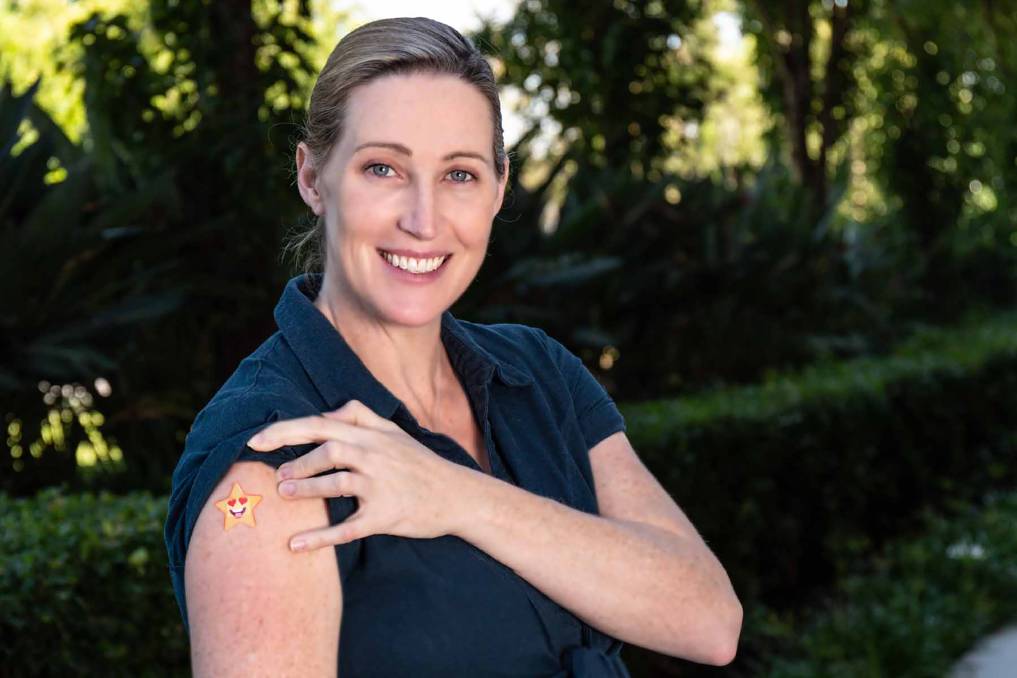 Leading the way: Dr Jana Pittman booked in for her flu jab, and is encouraging others to do the same before winter this year. Picture: contributed.

"Several years ago, we lost my grandmother to influenza and in 2020, during my final year at medical school, I caught influenza and unfortunately passed the infection to my mum," Dr Pittman said.

"That was the first time in eight years that I hadn't had the flu shot.

"With everything going on, it just slipped my mind."

Despite years of medical training, Dr Pittman said she underestimated just how sick she would feel with the flu.

"I've had the common cold plenty of times, but having influenza was very different," she said.

I've had the common cold plenty of times, but having influenza was very different. - Dr Jana Pittman

"It was incredibly scary, and I was close to being admitted to hospital for a high heart rate and low oxygen levels.

"Mum was very sick and to this day has an underlying cough due to the damage it did to her lungs."

In 2021 only one in four Australians under the age of 65 received their flu shot, despite the Australian Technical Advisory Group on Immunisation (ATAGI) recommending influenza vaccination every year for everyone aged six months or more.

The federal government provides the influenza vaccine at no cost to children aged between six months and five years, as well as to pregnant women.

However, in 2021 just 26 per cent of the age group received influenza immunisation, the foundation reports.

Health professionals from Dubbo in western NSW are also urging community members to have the jab.

She reports many people have already come to her Orana Mall Pharmacy for vaccination for "work, family or their own personal health".

Unfortunately none had been first-time flu vaccine recipients so far, she said.

"We do expect babies from six months on to present for their first time though," she said.

Ms Gibson reiterates that influenza is "highly contagious and can affect all ages".

"Vaccination is recommended from now on, to give best protection during our peak flu season, which is June to September," she said. Pharmacist Angus Koerstz ready to administer COVID-19 vaccinations earlier this year. Since the start of this month, he's also been getting flu shots in arms. Picture: AMY MCINTYRE

Tim Koerstz Pharmacy started administering influenza vaccinations at the start of this month.

"The uptake so far has been really positive with a number of patients coming forward to get their vaccination," pharmacist Angus Koerstz said

"We expect this to continue as the weather gets cooler and people's focus shifts to protecting themselves from colds and flus which generally occur through the winter months."

"As the country continues to open up, it is likely that we will see greater spread of influenza, and therefore it is important that we don't get complacent and continue to come forward to get a influenza vaccine," he said.

"This is an important step as a community to prevent the spread of the virus, as well as protecting yourself from serious illness."