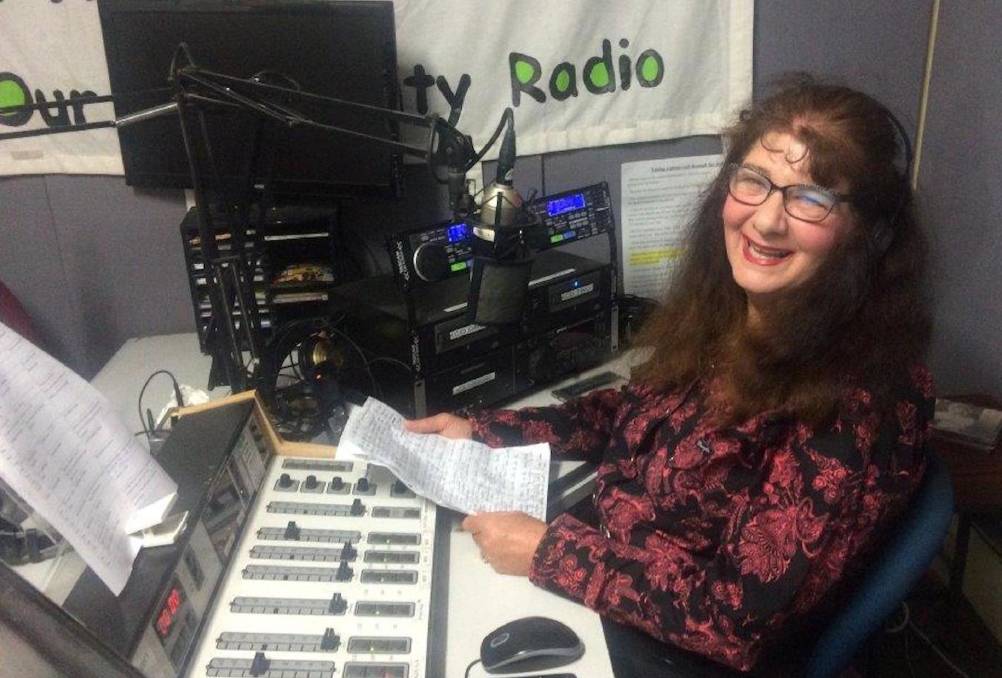 Face behind the voice: Rosemary Goodall, a stalwart of OCR FM, on and off air, for 28 years.

At 70, the voice behind OCR FM's Talking Newspapers and host of the No Horse Cowgirl Show plans to stay on air for a long time yet.

"My eldest daughter had left home, I felt a bit lost - I saw an ad in the paper about the station, so I joined and started doing Talking Newspapers," she said.

With the local newspaper published on Mondays, Wednesdays and Fridays, Rosemary reads articles on air for one hour on those days for visually impaired listeners.

"I didn't have help back then, but now I have lots of help," she said.

"I also love country music and the station was looking for new shows, so I had the idea for a country show.

"I have the No Horse Cowgirl Show on Monday afternoons. I like wearing cowgirl's clothes and people often asked me 'where's your horse?' That's where the name comes from."

Rosemary has also done an intermittent children's program called the Fizzy Lolly Show, then started the live-to-air Yummy Apple Show. She now records A Children's Show for You broadcast at 4.30pm Mondays.

"Talking Newspapers is live but the other two are recorded. COVID changed things - I set up at home to record my shows," she said.

That included recording Talking Newspapers early in the morning.

Shifting to working from home would not have been easy when Rosemary first started, but technology has changed things significantly. "When I first started we used CDs and advertisements were on tape. There was a system of colours for what announcements to play when - it was very complicated."

Rosemary also mentors new presenters. Maureen Stahl, who presents a bush poetry program, said she was a wonderful trainer and is a constant source of support for her - and the station.

"She's at all the station's fundraising events, she helps out with sausage sizzles, puts together raffle prizes, helps at trivia nights and on market stalls," Maureen said.

For her part, 70-year-old Rosemary has no plans to retire from radio. "I just really enjoy it. Preparing for shows gives me something to think about, and I love the community focus. I've made a lot of friends."