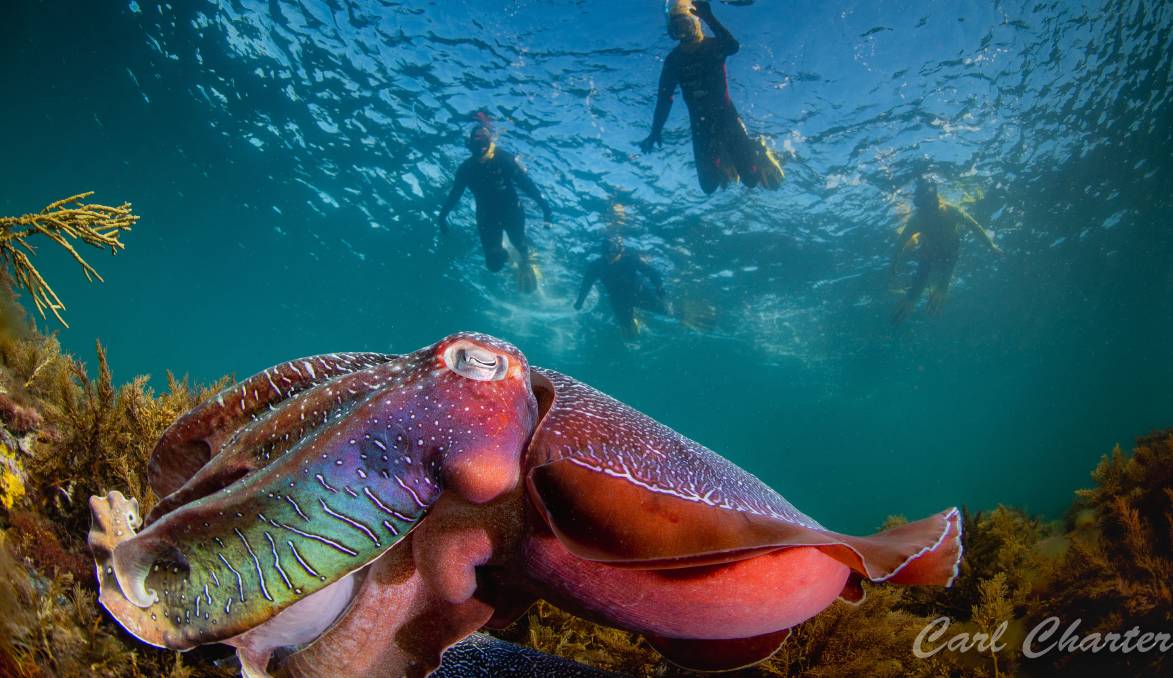 GO GET YOUR OWN ROOM: Hundreds of giant cuttlefish come to Spencer Gulf to mate every winter - and snorkellers can't wait to see them.

Hundreds of cuttlefish come to SA waters every year for a colourful ritual like no other.

It's a bucket list item, it's been featured in global news stories including David Attenborough's Blue Planet II and you can only do it in SA.

CuttleFest celebrates the unique annual congregation of hundreds of giant cuttlefish at Upper Spencer Gulf Marine Park, where they come to mate each winter.

A guided snorkel tour with the giant cuttlefish is an increasingly popular "must do" item on many people's lists.

One reason is that giant cuttlefish are smart.

They boast one of the largest brain-to-body ratios of all invertebrates. A few years ago, scientists revealed cuttlefish can count to five and are better at it than a young human. WHATEVER IT TAKES: Male cuttlefish battle fiercely - and deploy an arsenal of deceptions - to catch the eye of a fetching mate.

Also when out a-wooing, a male may "cheat" by changing his colours to mimic typical female patterns on one side of his body, while the other side, the one facing the female, retains his beautiful colours.

This clever ruse is used to fool rival males into thinking they're seeing just a couple of ladies hanging out while the female he's after sees the male, thus giving him more of an opportunity to mate.

The tours are run by not-for-profit community snorkelling organisation Experiencing Marine Sanctuaries in partnership with the City of Whyalla and the NPWS.

They will be held from July 2-17 but be quick: they sell out fast. Go to www.emsau.org/ems-community-tours.

The price includes all snorkel gear required plus thick winter-grade wetsuits with boots, hoods and gloves for maximum warmth.