Five talented gumleaf players have banded together and will perform at Giiyong Festival 2022, in celebration of the legacy of the iconic Australian instrument

Making music with a gumleaf is a unique and treasured part of history.

The heyday of gumleaf playing peaked in the 1920s and the 1930s, and Wallaga Lake on the NSW South Coast was considered the 'mecca' of gumleaf playing, with a gumleaf band on every mission or reserve in South East Australia.

NSW Far South Coast Elder Uncle Ossie Cruse knew many of the old leaf bandsmen from Wallaga Lake and Lake Tyers, and said he misses these uncles very much, with connections to both communities through his parents.

"Because we grew up in an era of overt discrimination, we were more confident to play the leaf when we visited the missions at La Perouse, Wreck Bay, Wallaga Lake, and Lake Tyers," Uncle Ossie said. 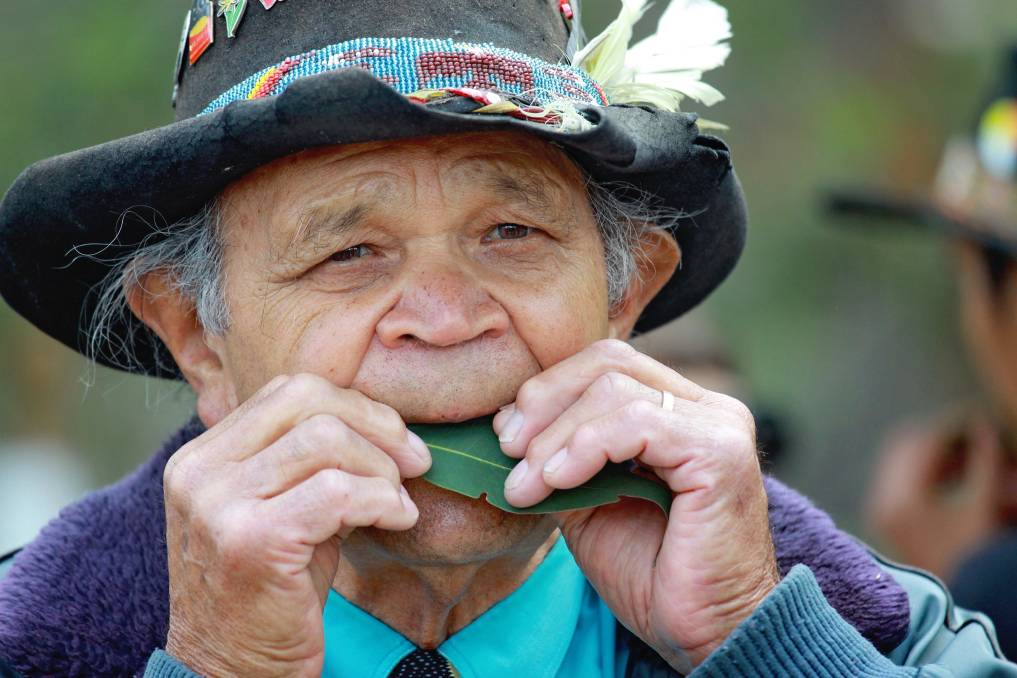 "I didn't realise then that gumleaf playing would fade out as it has. There were so many people playing leaves during my youth."

Having begun playing the gumleaf at about seven years of age, Uncle Ossie has demonstrated the art to hundreds of non-Indigenous people.

"I play because I love music, and I want to please my God. I play to sustain the leaf tradition and ignite my people's cultural memories in our region and beyond," he said.

Uncle Herbert Patten has worked consistently throughout his life to raise the cultural and symbolic capital of the gumleaf instrument.

Born in Orbost, East Gippsland, Victoria, Uncle Herb grew up on the nearby Newmerella fringe settlement. Herb has performed internationally and has led Aboriginal Australia into broader arenas for leaf playing.

Uncle Herb completed a Diploma in Fine Arts at RMIT in 2005 and a Master of Education through RMIT's Koori Consort in 2007, and composed beautiful gumleaf music poems during these studies.

Having performed "My Island Home" at the 2007 Deadlys at Sydney Opera House, Uncle Herb believes gumleaf playing "enhances his Dreaming" and he aims to be "the best gumleaf player in the world".

In June 2021, he represented Australia in the online Global Leaf Music Symposium.

My spirit talks to me through my Gumleaf Music, It seems to cure some of my ills, It helps me feel that the journey is safe, For today and into the future - Poetry by Uncle Herb Patten, 2007

As the only Indigenous Australian to have earned his keep from gumleaf playing, Uncle Herb currently busks in Melbourne at least four days a week, dressing in shades of green to complement the colours of his gum leaves.

He said playing the leaf every day had enhanced his breathing technique as well as his general health. Above all, Uncle Herb said the gumleaf satisfies his "search for coherence". 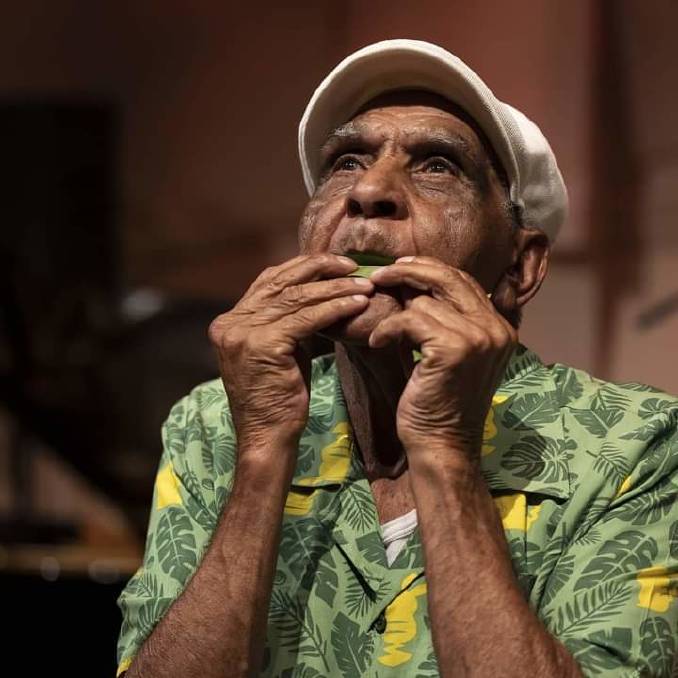 Uncle Herbert Patten earns his keep from gumleaf playing, busking up to four days a week in Melbourne. Photo supplied

Uncle Wayne is known as Watbalimba Jeela, meaning 'Language of Song Story and Dance with Humour'.

He completed a Master of Education degree at Monash University and has presented many lectures on cultural connection to country.

The Elder said he plays the gumleaf in honour of his great-grandfather's teachings of the legacy left by ancestors, "to keep it alive and well".

"He showed me how to make sounds with a hedge type rounded leaf, which is folded over and vibrates the two edges of the leaf. He also taught me and instilled in me the spirit of our language," Uncle Wayne said.

"I have shown others how to play, talked to them about the theory of the leaves and playing techniques, and left it to them to also practise and find their way to playing."

Festival to celebrate the gumleaf players

This weekend's Giiyong Festival at Eden on NSW's South Coast will feature these great gumleaf players.

Far South Coast Elder Uncle Ossie Cruse has invited four of Australia's best gumleaf players to join him in a special performance at the cultural festival being held at Jigamy Farm near Eden on April 9.

Coincidentally, the performance by the Giiyong Gumleaf Band will mark the centenary anniversary of the Wallaga Lake Gumleaf Band, who toured in the 1920s. Uncle Wayne Thorpe said he grew up interested in learning more about both his language and how to play the gumleaf. Photo supplied

As a musical instrument iconic to the Australian continent, the gumleaf has been studied extensively and Giiyong Festival said it was proud to present five performers from Victoria and NSW for a unique, historic performance.

"Bringing these unique musicians together is highly important, so we have engaged a documentary film crew to work with the men all week and capture their stories and rehearsals," Jazz said.

"A set of beautiful music is being developed to uplift Giiyong audiences and introduce many people to this traditional Aboriginal sound."

Uncle Wayne said he was "feeling very excited to be asked to play in the Giiyong Gumleaf Band and I look forward to having this event recorded to show and interest more people in keeping the legacy alive!"

Catch the Giiyong Gumleaf Band at Giiyong Festival on Saturday, April 9 at 2.50pm.