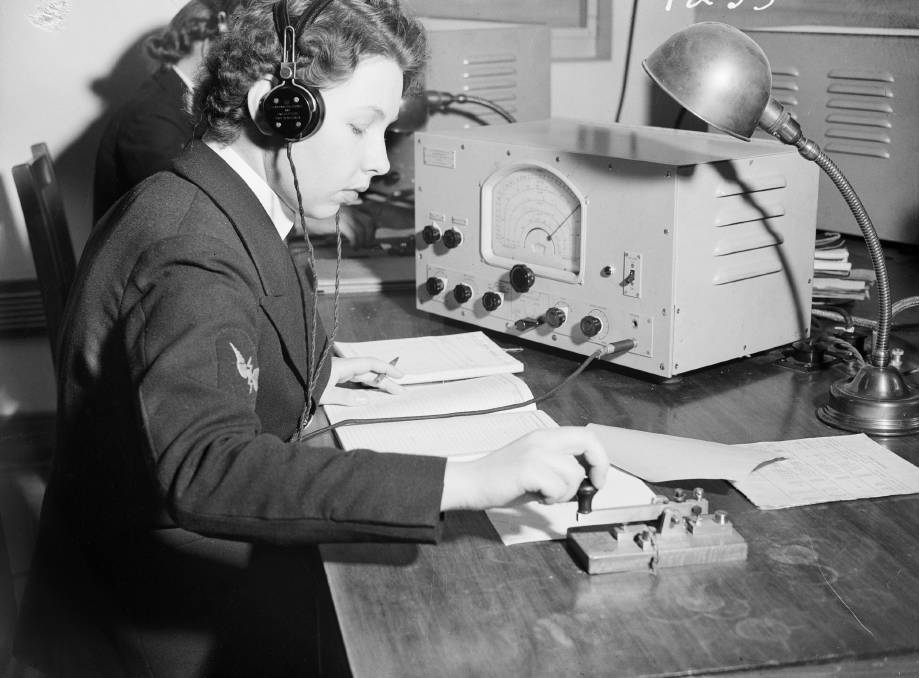 ALL EARS: An operator taps out an intercepted message.

Decoded: 75 years of the Australian Signals Directorate marks service in peace and war.

An unprecedented glimpse at the history, techniques and future of Australia's enigmatic signals intelligence and cyber-defence agency is the focus of a new exhibition at the National Museum of Australia in Canberra.

"DECODED: 75 years of the Australian Signals Directorate" explores the exploits and achievements of ASD, and the critical work of the organisation in collecting intelligence about foreign adversaries, while keeping Australians and our most critical secrets safe.

Formed after WWII to tackle code breaking, ASD has grown and evolved over the decades, being responsible today for foreign signals intelligence, and protective and disruptive cyber-operations.

ASD's mission statement, "Reveal their secrets - protect our own", has inspired its people to master and pioneer new uses of technology to defeat and deter threats to Australia.

The anniversary exhibition explores the history of the organisation from World War II to the present day, including early cipher, codes and encryption; the Cold War; the evolution of the Five Eyes international intelligence partnership; key military operations; technological evolution; the post-9/11 confrontation against terrorism and contemporary cyber-crime challenges.

The exhibition features the early technology used for code-breaking and explores the evolution of cyber-challenges in the ever evolving online age.

The exhibition also offers an interactive game for visitors to work as a team to defeat the cyber-criminals, and a central experience that showcases the never-before heard stories of the diverse and skilled staff who work behind the front line to keep Australia safe.

ASD director-general Rachel Noble said: "It brings all of us great joy to share the history of ASD. So many of our former and current staff have never been able to tell anyone much about the work they have done. The exhibition is a celebration of their amazing work over 75 years and I'm sure for more than 75 years to come."

DECODED: 75 years of the Australian Signals Directorate, National Museum of Australia; until July 24.