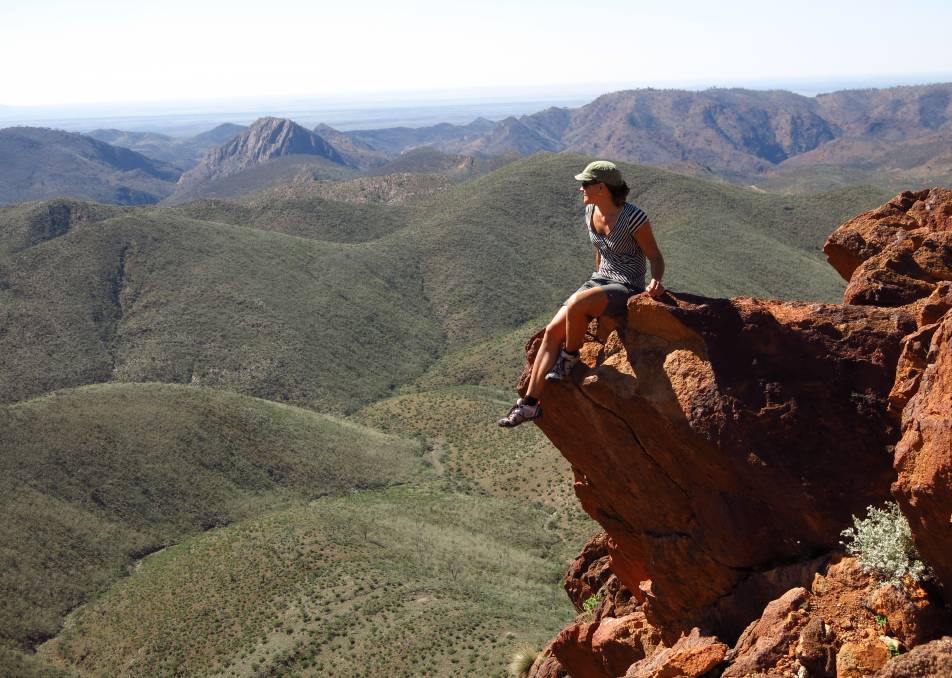 An Australian highlight: A trip to the Flinders Ranges ticks all the boxes as it has some of Australia's most spectacular scenery and challenging terrain.

See the sights and experience the beauty and richness of South Australia on a Discovery Tour.

Travellers will experience many of the off-the-beaten track highlights of South Australia on a new tour from The Senior and Travelrite International.

This fantastic tour from September 3-17 will visit Kangaroo Island, the Murray Mouth, Adelaide, the Eyre Peninsula, Port Augusta, Port Lincoln, Coffin Bay, Wilpena Pound - and many places in between.

It kicks off in Adelaide and heads south to Victor Harbor travelling through the Adelaide Hills wine region and stopping at the German style village of Hahndorf for lunch.

A fun day's outing to Goolwa features a morning cruise along the Coorong to where the Murray meets the ocean, with the return journey to Victor Harbor aboard the steam-hauled Cockle Train

Next up is a trip to Cape Jervis to catch a ferry to Kangaroo Island. Australia's third biggest island, it is renowned for its white sandy beaches, impressive cliffs, caves, sand dunes and perfect nature reserves.

Over two days, the tour will take in Flinders Chase National Park, view a seal colony at the Seal Bay Conservation Park, admire the beautiful beaches of Vivionne Bay, and spend time at Kangaroo Island Wildlife Park before heading to Kingscote, the main town and SA's oldest settlement.

The city lights of Adelaide beckon next with a trip through the McLaren Vale wine region and lunch at a vineyard on the way.

The group will enjoy the sights and sounds of the state's capital with a panoramic city tour taking in the bustling Adelaide Central Market, the Art Gallery of South Australia, Hemeji Japanese Garden, Adelaide Oval, Adelaide Botanical Garden, the seaside suburb of Glenelg and of course Rundle Mall.

Leaving the city the tour heads north to St Vincent's Gulf and the old mining town of Wallaroo. In the afternoon there is a ferry journey across Spencer Gulf to Lucky Bay and then a coach to Port Lincoln on the Eyre Peninsula.

Exploring the southern Eyre Peninsula, the first stop is Coffin Bay, famous for its oysters.

A capital town: Adelaide is both the city of churches and the city of light and has many wonderful attractions for visitors.

Continuing north along the shores of Spencer Gulf to Port Augusta, a stop is made in the steel town of Whyalla, followed by the old towns of Quorn and Hawker before the incredible Flinders Ranges National Park comes into view.

With some of the most spectacular scenery in Australia on offer, this is a two-night stay that includes a bushwalk to Wangarra Lookout and Hills Homestead, Old Wilpena Station, Ikara - The Meeting Place and the Moralana scenic drive.

Travellers will get a feel for the city on a sightseeing tour, which also takes in the nearby deserted mining town of Silverton. They will also visit the Broken Hill Sculptures and Living Desert Sanctuary, the Pro Hart Gallery, the Royal Flying Doctor Service and check out the Line of Lode miners memorial among other things.

Entering a third state, the tour turns south to the rural Victorian city of Mildura on the banks of the Murray River. The centre of a rich irrigation-based agricultural region noted for its fruit, vegetables and wine.

Group members can relax on a a paddle boat cruise on the Murray before celebrating a fabulous two weeks at a farewell dinner.