Ken Welsh will go to great lengths so others won't have to walk in his family's shoes. 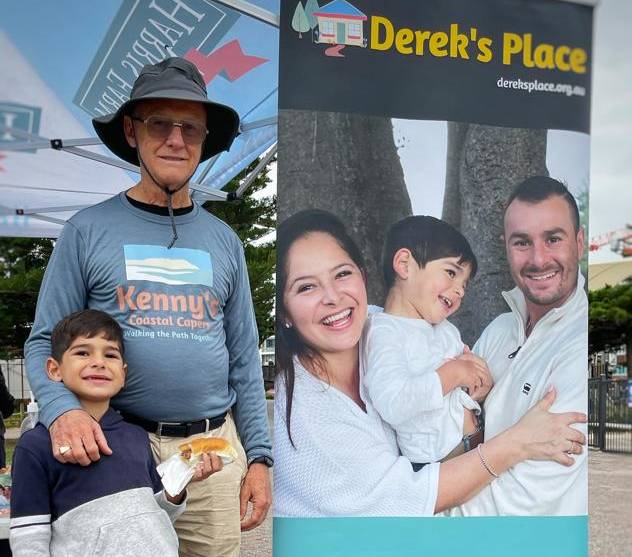 FAMILY MATTERS: Ken Welsh and his grandson Cristian on the morning of the launch of Ken's epic walk. Pictured in photo: Natasha Welsh, Cristian Welsh and the late Derek Welsh.

Ken Welsh knows all too well the strain terminal cancer can have on families, so he decided to try to do something about it.

The 72-year-old Botany resident is planning to walk 1400km along the NSW coast to raise money for a palliative care centre which can accommodate young children with sick parents.

Ken lost his son Derek to glioblastoma - an aggressive form of brain cancer - in 2019.

What made the situation even harder, was watching the effect it had on his daughter-in-law Natasha.

Natasha's son Cristian was just four years old at the time her husband was admitted to hospital, where he would spend the last two weeks of his life.

While Ken said hospital staff were fantastic, the facility was not able to accommodate Cristian. As a result, Natasha had to choose between being by her dying husband's side and being at home with Cristian, who didn't want to be with anyone else at such a difficult time. 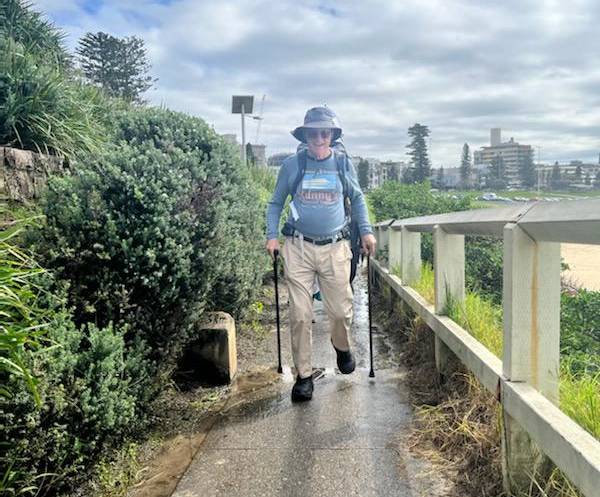 I THINK I KEN: Ken Welsh is embarking on an epic journey to raise funds for a palliative care centre that can accommodate young children.

Now Ken is on a mission to ensure families facing such a tough predicament in future won't be faced with the same agonising decision.

The family has founded Derek's Place, a registered charity. It aims to raise funding for Australia's first facility for palliative care that accommodates adult patients and their young families, including children aged 13 and under.

Ken is taking on a monumental challenge to raise funds for the cause; he plans to walk a staggering 1400 kilometres along the NSW coast in two separate legs, walking up to 25km a day.

He began the first leg - from Bondi Beach to the NSW/ Victoria border, or Eden, if the former proves impractical - on April 2.

He hopes to begin the second leg, which will start in Queenscliff and end in Tweed Heads, weather permitting, on April 30.

Ken said Derek's diagnosis took the family completely by surprise in 2017 - on the day he was supposed to be celebrating his 34th birthday.

"He had this awful headache and couldn't get out of bed," Ken said.

"We took him to hospital, where they diagnosed him with the cancer that killed him two years later."

Ken said there were no major warning signs of the tumour. The only sign the family identified in hindsight, was that he twice broke the mirror on the passenger's side of his car by hitting a tree - a sign of a sense of imbalance.

Derek refused to be defeated by his diagnosis.

"He actually went back to work for seven or eight months before that became too dangerous.

"Then he had about a year of not being able to work, but not needing to go to hospital."

Ken has been in training for his epic journey for the past 12 months, and was walking between 17 and 18 kilometres a day in the lead up to the event.

While walking in the same area each day became a little boring, he said the picturesque scenery along the Cooks River and interactions along the way kept it interesting.

"But I'm looking forward to not knowing those things and having a bit of an adventure... to getting out and walking along the coast, because of the beaches and national parks I'll walk through.

"The walking itself is terrific. It's very energising, really."

Ken said the family was in talks with health authorities about the prospect of building the new palliative care centre, but no location had been settled on. If the family's fundraising effort is successful, the hospital will be located somewhere in Sydney.

He added the family was grateful to Bondi Surf Lifesaving Club, which held a barbecue to celebrate the launch of Ken's journey and publicised the fundraising effort in its newsletter.

For more information on how you can support Derek's Place email info@dereksplace.org.au or click HERE.