While the cost of living has grown, pensions have not kept pace.

The Kambah-based retirees look for savings where they can, be it limiting their car travel to reduce their fuel use or scouring the supermarket catalogues for specials.

While the cost of living has grown, their pensions have not kept pace.

"The price of petrol is absolutely horrendous and that really does limit what you do because instead of just hopping in the car and going somewhere, you combine things, otherwise the cost of filling up the tank is too high. And the budget hasn't changed," Mrs McGuire said.

"I get all the junk mail and I'll go through every single special from Aldi, IGA and Woolies."

The couple are among thousands of people the federal government is targeting with cost-of-living relief, including a $250 payment for eligible Australian pensioners, welfare recipients, veterans and concession card holders.

Under the Coalition's re-election budget pitch, it would help households with cost-of-living pressures with the one-off, tax-exempt payment to six million people, estimated to cost $1.5 billion.

More than half of those who will benefit would be pensioners, according to budget papers released on Tuesday.

Treasurer Josh Frydenberg told Parliament on Tuesday evening that with existing indexation arrangements, the measure would see a single pensioner receive more than $500 in additional support over the next six month.

The government spending could benefit the McGuires, as they manage the increasing difficulties with cost of living and elderly care. 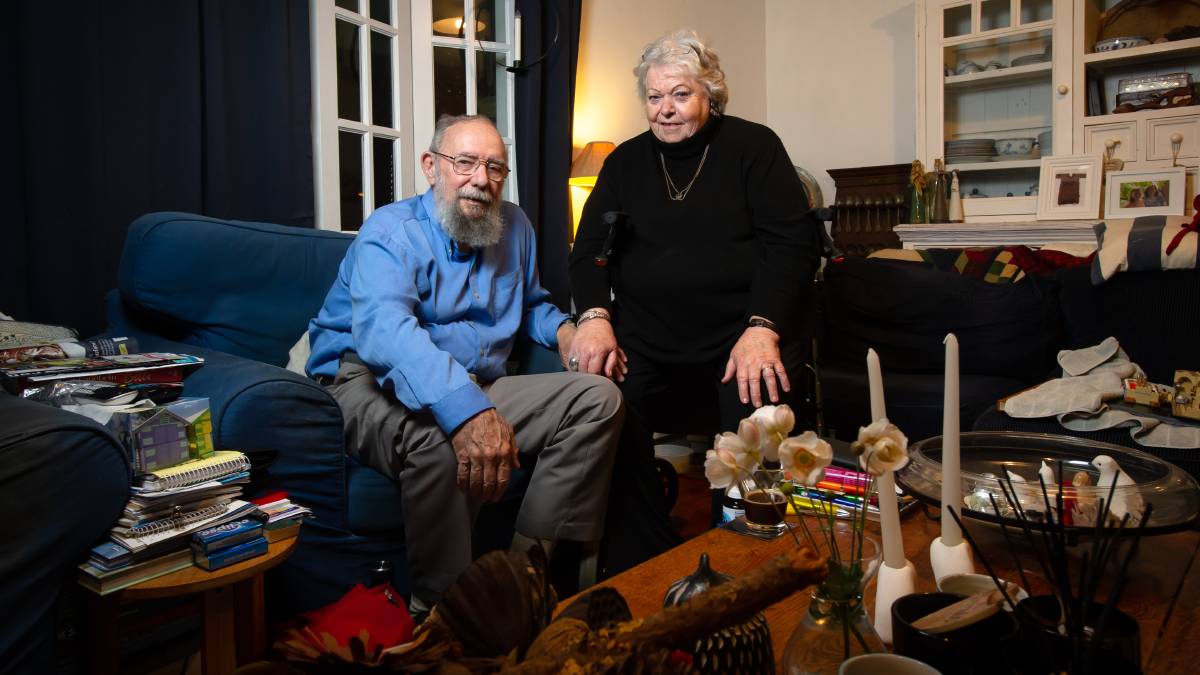 They receive a small pension from Centrelink, and after Mr McGuire served in the navy for 36 years, he is also on ComSuper, a super fund for those serving or working for the Australian government.

"It's enough to get by but it's not super super," Mr McGuire said.

Mrs McGuire added that she mainly a stay at home mum for a long time "so no real pension for me either. It would be nice to get a little bit of an increase every now and then. Just a little bit extra."

The McGuires still live in their family home, receiving occasional support from an in-person aged care specialist looking to put a ramp over their front steps as Mrs McGuire requires a walker.

They didn't follow through with the plan to install the ramp after they found it was not feasible due to the length of the entry to the house.

"The other thing, the cost of aged care for us, we can't afford to downsize our four bedroom house because we will not get as much money for our house as it would cost us to move into aged care places ... so at the moment we're staying put," Mr McGuire said.

The budget detailed the next tranche of spending under the government's promise for $468.3 million over five years from 2021-22 to further implement the response to the Royal Commission into Aged Care Quality and Safety, and to improve transparency and regulatory standards.