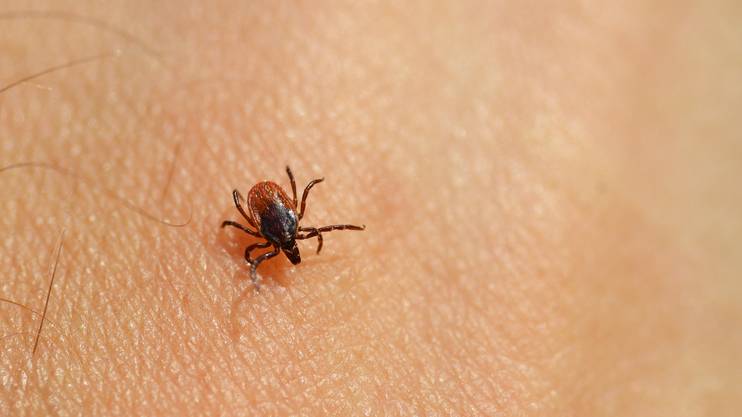 INFLAMMATION: Ticks could become a new weapon in the fight against inflammatory diseases.

Proteins found in tick saliva could be modified to become a treatment in human inflammatory diseases such as arthritis, asthma and multiple sclerosis.

A study, conducted at the Monash Biomedicine Discovery Institute, showed it was possible to modify the proteins called evasins so that they bind to the exact group of disease-promoting human proteins (chemokines), helping to suppress inflammation.

This new discovery opens the door to the development of much needed new therapies for inflammatory diseases.

Typically, each tick species secretes a cocktail of evasins, thereby accomplishing broad-spectrum suppression of the host inflammatory response, presumably enabling the tick to feed for extended periods while not alerting the host to its presence.

However, some chemokines are involved in inflammatory diseases while others are needed for the body's normal immune function. Therefore, for therapeutic applications, it is essential to modify the evasins so they only target the disease-causing chemokines.

Co-lead author Professor Martin Stone says the study has identified the structural basis of chemokine recognition and establishes a foundation for engineering evasins.

"We've shown that it is possible to engineer an evasin with superior ability, giving us a novel structural model by which proteins can achieve binding selectivity," said Professor Stone.

Dr Ram Bhusal, who co-leads the project, says: "To date, there are no anti-inflammatory therapeutics targeting the chemokine system, which makes this work of paramount significance as it opens up a whole new avenue for anti-inflammatory research. However, future work is still needed to ensure that these biomolecules avoid off-target effects."

The findings have now been published in the Proceedings of the National Academy of Sciences of the United States of America (PNAS).