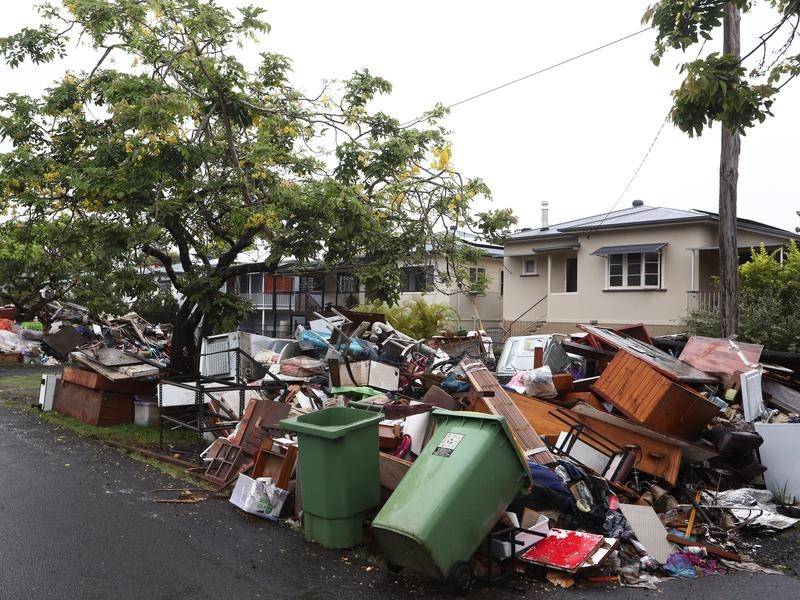 The clean-up continues in NSW and Queensland following the devastating floods.

A television flood appeal has raised more than $25 million for victims in NSW and Queensland, as the prime minister defends not extending the national emergen...

A television flood appeal has raised more than $25 million for victims in NSW and Queensland, as the prime minister defends not extending the national emergency to the sunshine state's southeast.

Western Australia and Victoria donated $2 million, while South Australia chipped in with $1 million.

The clean-up continues in NSW and Queensland following the devastating floods, as more than 100 mobile home units head to ravaged communities in the former.

Commonwealth Bank of Australia is also calling for grant applications of up to $10,000 from its $2 million flood relief fund to support organisations involved in recovery efforts.

"Through these grants we hope to assist hundreds of community organisations in their clean-up, rebuild and recovery efforts," CEO Matt Comyn said.

Prime Minister Scott Morrison remains under attack for his handing of the crisis but insists the defence forces and agencies involved moved as quickly as they could.

"In a disaster like I have seen up in Lismore, no response is ever going to be able to meet the overwhelming need," Mr Morrison told the Nine Network on Sunday.

"The SES or the defence forces, they don't replace that community response, they add to it, they support it and they bring in the heavy equipment."

News Corp newspapers report that Defence officials offered NSW their help ahead of the east coast rain bomb on two separate occasions, only to be told they were not needed.

The declaration will last three months and allow the federal government to access stockpiled resources and remove red tape around welfare support.

Queensland Premier Annastacia Palaszczuk knocked back a similar offer for her state, saying help was needed a week earlier.

"He could declare a national emergency, he could have done that two weeks ago in Queensland," Labor frontbencher Tanya Plibersek told Sky News' Sunday Agenda program.

"It just blows me away that once again we're in a position where Scott Morrison is refusing to take responsibility, refusing to be a national leader."

Assistance has also been extended to a further 12 local government areas in NSW.

The support will be provided through the jointly funded Commonwealth-State Disaster Recovery Funding Arrangements, with some regions remaining at emergency level despite waters receding elsewhere.

Telstra says it is continuing to make progress reconnecting communities in both Queensland and NSW, with approximately 95 of its mobile base stations back online and 75 per cent of landline services restored.