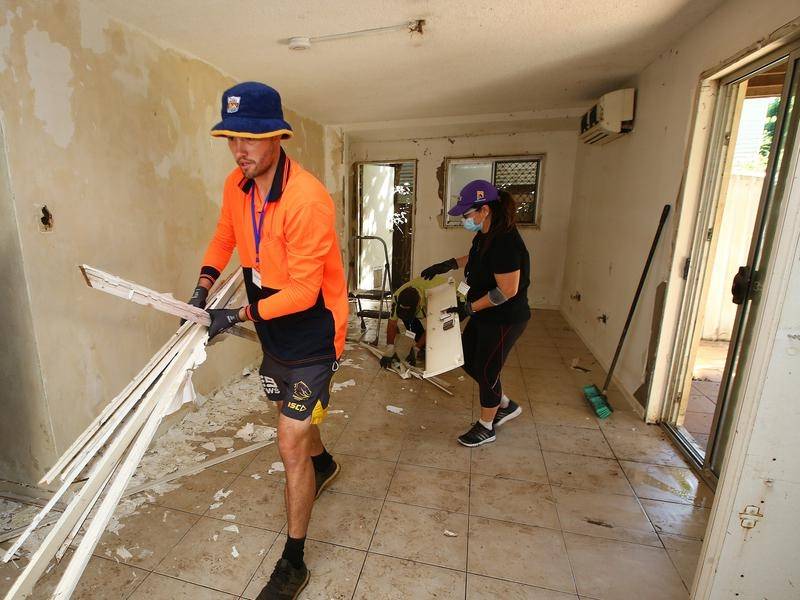 Queensland hopes to attract tradies from interstate to help with the flood clean-up.

Queensland is planning a campaign to encourage interstate tradies to relocate and help with the mammoth flood clean up. There have now been $1 billion worth o...

Queensland is planning a campaign to encourage interstate tradies to relocate and help with the mammoth flood clean up.

There have now been $1 billion worth of insurance claims as families go about repairing and rebuilding their homes after the disaster in the southeast of the state, Premier Annastacia Palaszczuk said.

"Let's face it, we have more than enough work to go around. So if you're living in another state, we want you to come to Queensland," she said on Friday.

The campaign is likely to follow a similar strategy used to lure tourism workers last year, including accommodation and flight perks.

"Of course we will not be targeting New South Wales, let me make that very clear," Ms Palaszczuk said.

"They have been going through natural disasters, they need their resources there on the ground."

Meanwhile, the premier wants to see the same level of federal support in Queensland as NSW, with a national emergency declaration likely for both regions.

"How could this be different? People have lost their whole life's possessions," she said.

"Whether you live in Queensland or New South Wales, natural disasters impact on people the same way."

The Prime Minister foreshadowed an emergency declaration following a tour of the disaster-stricken region this week.

He is expected to meet with Governor-General David Hurley on Friday to progress the matter.

"We'll be advancing those issues having undertaken the necessary consultation with the premiers of Queensland and of NSW," Mr Morrison told reporters in Gympie on Thursday.

There was "a bit of a misunderstanding" about the effect of a national emergency declaration, he said.

"Which particularly becomes more relevant as you move through the recovery phase," he said on Thursday.

It is the first time such a declaration will be made, with the law only coming into effect in 2020 following the Black Summer bushfires.

Deputy Premier Steven Miles is unconvinced the declaration will have a big impact on Queensland's recovery.

"If it is important, like he says, then surely he would have done it as soon as possible?" Mr Miles said in a Facebook post on Friday.

"In Lismore he doubled hardship payments for those who had lost their homes.

"In Queensland he offered no additional funding."

Timing the announcement to coincide with Mr Morrison's visit to the state was no accident, Mr Miles said.

"He was careful not to use up the Queensland announcement while he was in Lismore, so he had something to say when he got here," the deputy premier said.