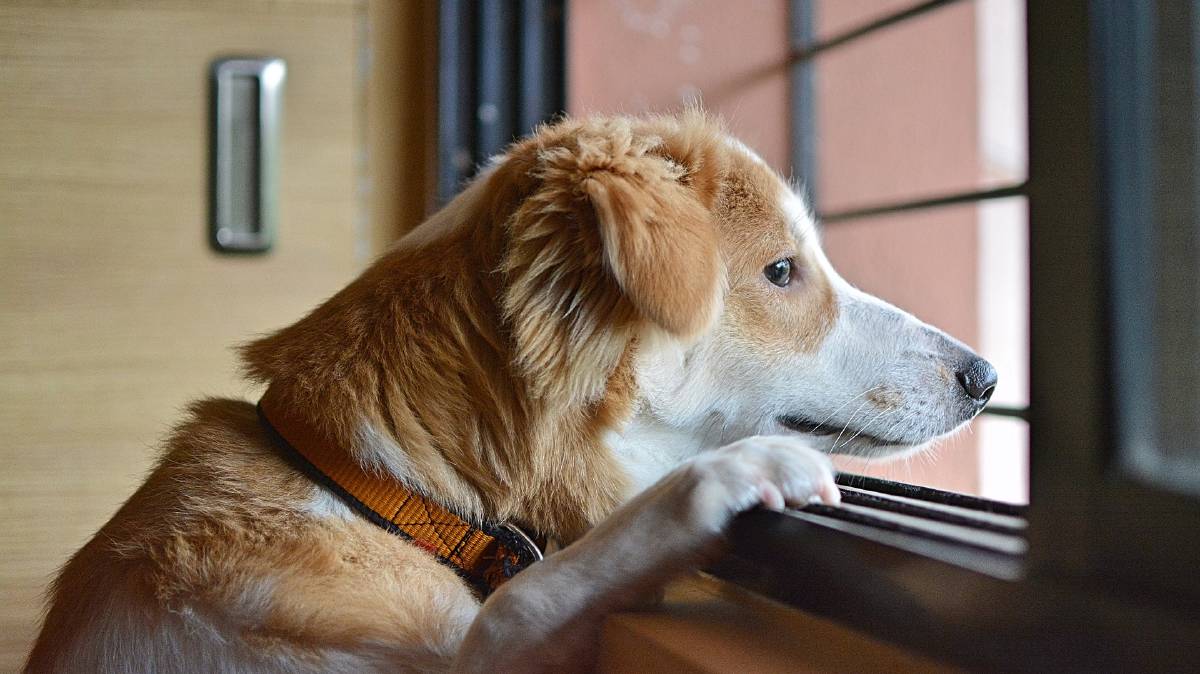 Your surviving dog may be suffering from grief and loss.

Dog grief may be a major pet welfare issue that has been overlooked, say scientists.

Dogs grieve when a fur friend in the same household crosses the rainbow bridge, scientists have confirmed.

A team of European researchers surveyed dog owners and asked them to answer questions about how their surviving pup acted if they had lost another dog.

They found that 86 per cent of these owners witnessed negative changes - attention-seeking, playing less, less active, sleeping more, more fearful, eating less, and whining or barking more - in the surviving dog, and these changes lasted between two and six months for most, and even longer for a quarter of the pups.

Grief responses are widely reported in social species such as great apes, whales, dolphins, elephants and birds, which have been described to engage in death rituals, including touching and investigating a conspecific's (animal of the same species) carcass.

In primates and cetaceans, individuals have been observed physically supporting and/or carrying a deceased conspecific (usually a young animal) for periods ranging from hours to more than a month.

Federica Pirrone and colleagues surveyed 426 adults whose pet dog had died while they also owned at least one other dog. The owners, of whom 66 per cent had lost their dog over one year before the study, were asked about any changes in the surviving dog's behaviour after the death. Additionally, owners described the prior relationship between their dogs and their own distress levels after the bereavement.

The researchers suggest that these negative behavioural and emotional changes observed could be due to both a grief-like reaction in response to the loss of their companion and a reaction to the grief of their owners.

The researchers found that whilst the length of time the two dogs had lived together did not influence the surviving dogs' behaviour, having had a friendly relationship with the deceased dog and having a grieving owner made negative behavioural changes and fearfulness more likely in surviving dogs. This suggests that negative behavioural and emotional changes observed in surviving dogs could be due to both a grief-like reaction in response to the loss of their companion and a reaction to the grief of their owners.

The authors conclude that grief-like responses among dogs are potentially a major pet welfare issue that has been overlooked.

The peer-reviewed work was published in Scientific Reports