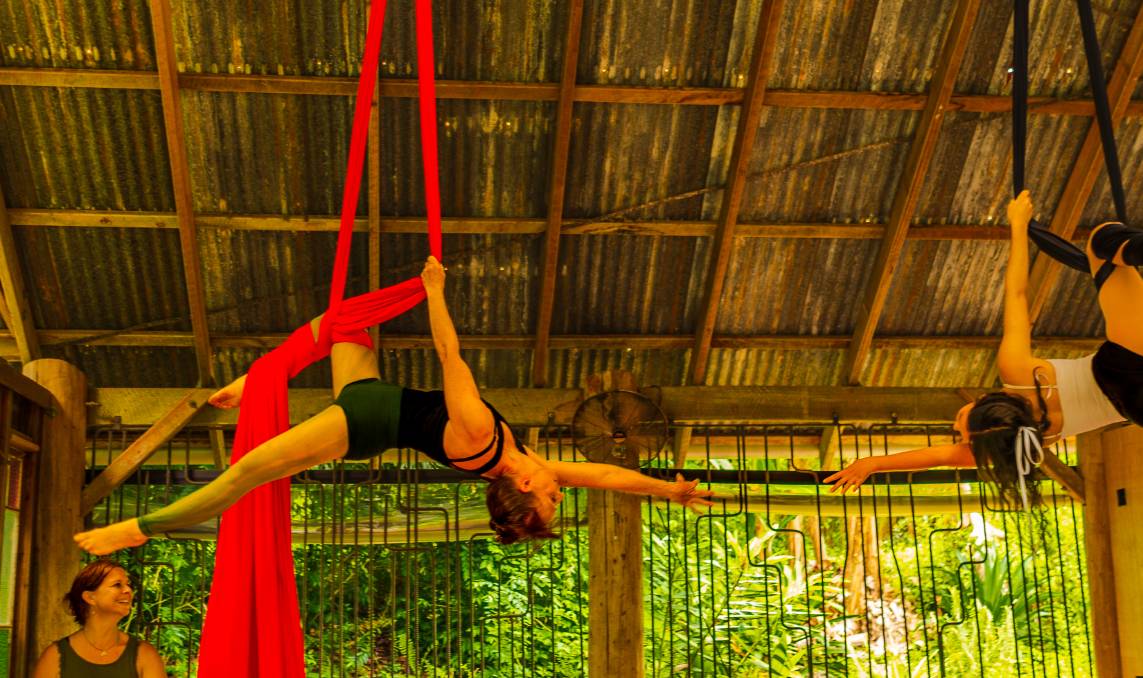 Visually stunning production Pan on Silks will be performed at the Mission Beach Aquatic Centre over the Easter long weekend.

Suspended metres in the air, relying on only a thin length of fabric to prevent a possibly fatal fall to the ground, Julie Emerton creates a magical vision of grace, strength and courage.

With ballet-like fluidity and acrobatic flexibility, Julie moves through the air to the music, spinning, stretching and sometimes rolling down towards the ground as the silk, which is what the fabric is called, unravels.

It's a daring exploit for anyone, but Julie from Mission Beach in far north Queensland is a mother and grandmother who celebrates her 60th birthday this month (March 2022).

Julie has been practising aerial silks for the past 10 years and over the Easter long weekend in April will play Peter Pan in a visually stunning production Pan on Silks at the Mission Beach Aquatic Centre. Her daughter Megan Greene (30) will play Peter's shadow and the mother-daughter team will perform their graceful and daring aerial act along with other performers all from the Tully, Mission Beach and Cairns area.

The show promises to be a breathtaking production with each carefully choreographed move exquisitely helping to tell the story of the boy who never grew up, and of Tinkerbell and Wendy, the lost boys and Captain Hook and of course the crocodile.

"There was a TV article about aerials in Cairns," Julie told The Senior, "and my daughter who knew I'd always said I would have liked to run away and join a circus, suggested we go along and give it a go.

"I'd never done any dance or gymnastics or anything like that before but we went for one night and fell in love with it (aerial silks). That was 10 years ago and we still love it. Our husbands consider themselves silks widows now.

Julie would travel up to Cairns to practice the aerial silks routines, and still does, but when Sundance Studio, opened in her home town of Mission Beach also offering classes, she signed up there too... on day one.

The former nurse used to go to the gym to keep fit but loves aerial silks a lot more. "It's fun and it's very social and we laugh a lot and it's creative. My daughter likes to go fast on the silks, I like to go slow and we do duets together.

"In the show I have a solo piece where I go very slowly to a beautiful piece of music. That's what's so lovely about it you can do the same routine but slow it down or speed it up and it's quite diferent.

"Yes it's dangerous. We are defying gravity and you have to have complete concentration and have the wrappings right or you can fall out."

In 2019 Sundance Studio put on an aerial silks performance of Alice (Alice in Wonderland) in Tully, where Julie played the doormouse, in front of an audience of around 100 people.

Yes it's dangerous. We are defying gravity and you have to have complete concentration and have the wrappings right or you can fall out. - Julie Emerton 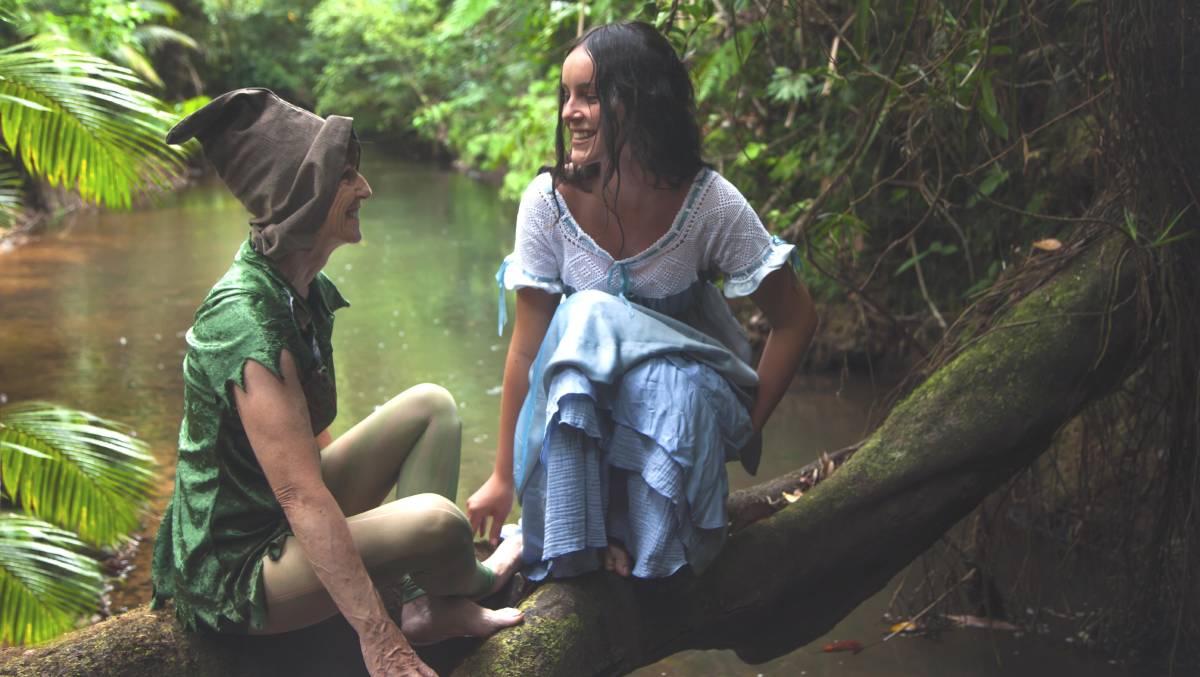 Pan on Silks is a major collaborative physical theatre, dance and aerial silks production and is set to enthral an audience of around 1200 at the Mission Beach Aquatic Centre as well as being live-streamed across the globe. It is the creative inspiration of Danielle Wilson, the artistic director and choreographer from Sundance Studio and will include fire dancing, African drumming, dancing and synchronised swimming with a cast of around 90 participants.

The show has a go fund me page - https://gofund.me/84d5f386 where by donating you can have access to all three live-streamed evening performances - from anywhere in the world! with other rewards also available.