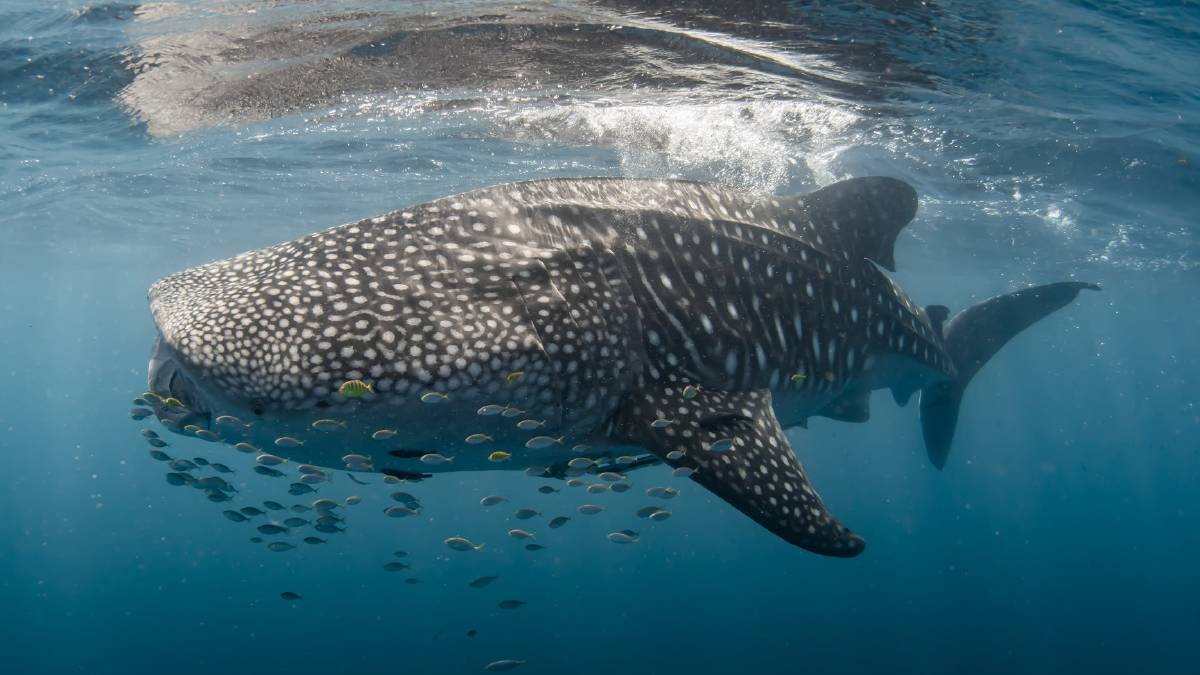 HELLO, NOT-SO-LITTLE FISHY: Ningaloo Marine Park is one of the most reliable places in the world to swim with whale sharks.

Western Australia is gearing up for another big whale shark season, following recent sightings of the world's largest fish at Ningaloo Reef on the state's Coral Coast.

In 2021, a record 34,000 visitors travelled to Exmouth and Coral Bay to swim with whale sharks, which migrate to the shores of WA between March and July each year to feed on plankton and krill.

Boasting one of the highest interaction rates, Ningaloo Marine Park is one of the most reliable places in the world to swim with the giant fish.

It also one of the few places where visitors can experience manta rays, humpback whales and whale sharks in the one spot if and when the migration seasons align.

The WA Parks and Wildlife Service manages whale shark interactions through a licensing program that protects both the fish and swimmers.

Whale shark swim tours will start in March from Coral Bay and Exmouth, and will continue through to late June (in Coral Bay) and late July (in Exmouth), allowing visitors the opportunity to have a face-to-fin encounter with the creatures, which measure 4-11 metres long and weigh up to 19 tonnes.

Stretching 400 kilometres, Ningaloo Reef is one of the world's largest and most accessible fringing reefs. Visitors can walk straight off the beach and snorkel in the waters teeming with brilliant-coloured coral, manta rays, sea turtles and more than 500 species of tropical fish.

The region has become more affordable, with Qantas offering special fares between Perth and Exmouth until December. One-way tickets start at $159 during low season and $169 during high season.

With much-reduced one-way hire car rental fees between Perth and Exmouth with Avis Australia and Hertz, visitors can also opt to self-drive, taking in other highlights such as Geraldton, Kalbarri and Shark Bay.