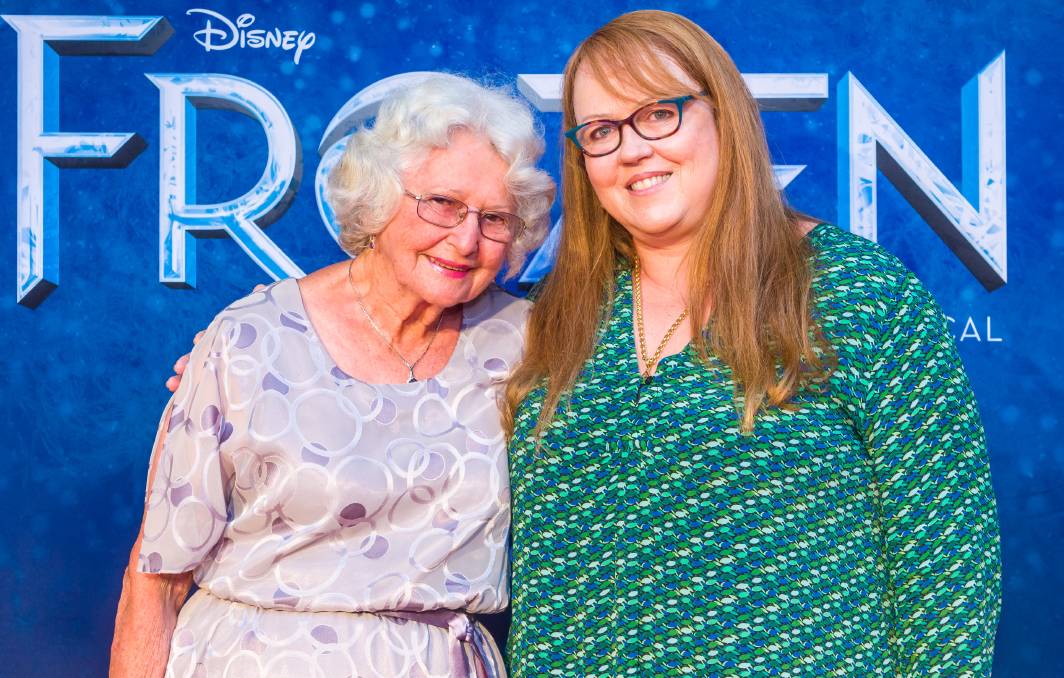 KNITTING MARVEL: Margaret Remington and costume creator Janet Hine at the Premiere of Frozen The Musical.

Margaret's knitting skills called on for Frozen The Musical

When Margaret Remington learned to knit as a five-year-old, at her grandmother's knee, never could she have imagined that one day one of her knitted creations would feature on the stage of one of the world's most loved musical productions - Frozen The Musical.

But that's exactly what has happened for the 84-year-old passionate needleworker who recently got to see her knitting adorning one of the characters on the stage at QPAC during the Brisbane production of the popular stage show.

The Brisbane mother and grandmother has been an avid knitter all her life so it was a huge thrill to be asked to call on her needle skills to help make the knitted costume accessories.

"All the women in my family have been talented needlewomen," said Margaret. "Whether it was knitting or crochet or embroidery, I just grew up with women using their hands to create some beautiful form of artwork.

"The thing is when it gets to this time of the year, you just get the urge to knit - it must be that change of season, " she added with a laugh. "I think, oh I must make something warm." 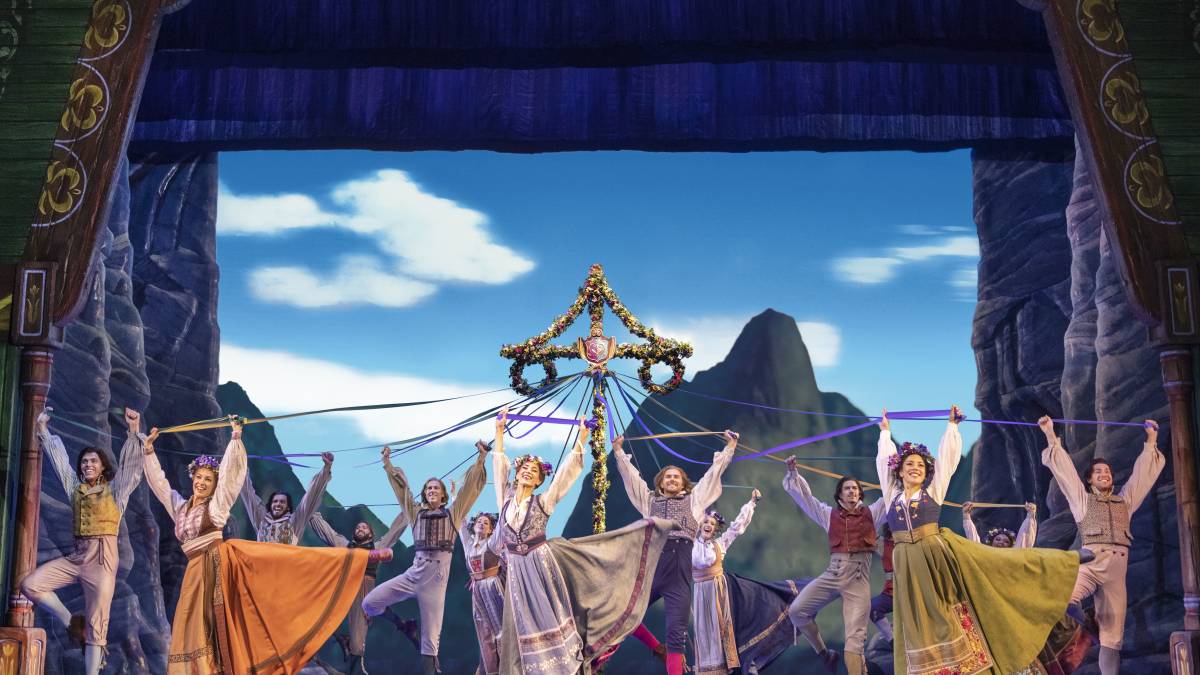 Company of Frozen The Musical, Let the Sun Shine On. Photo: Lisa Tomasetti

Margaret was asked to help with the costumes by Janet Hine, Brisbane-born Costume and Wig Associate, who was part of the extended Australian team who created all of the costumes. There are 440 costumes in the show and every one was hand made in Australia.

Janet has known Margaret for many years and called on her knitting skills to complete the work, which included a scalf and mittens, during the pandemic when she was faced with a shortage of skills!

Margaret left school at 17 and went to train as a teacher - a one-year course at that time. She was even caught out by a lecturer knitting in class - a jumper for a boyfriend no less!

Margaret was 18 when she started teaching but had to give up the job she loved when she married at age 21, as that was the rule for women teachers when they married in those days.

But plenty of knitting followed over the years as she made clothes for her three children, and these days she knits for her grandchildren and for other family and friends, and now she can add stage costume knitter to her craft resume.

"I was thrilled when Janet asked me if I wanted to do some knitting for the costumes," said Margaret. "I thought it would be marvellous because we were in lockdown. Janet sent me the wool and some pictures of what was needed, with measurements, and I was able to draft up the patterns on draft paper. I had a lot of fun doing it."

Throughout the years, Margaret has tried all sorts of different styles of knitting from Aran and Fair Isle to South American and Nordic. She frequently designs and drafts her own unique patterns. She also loves gardening and embroidery.