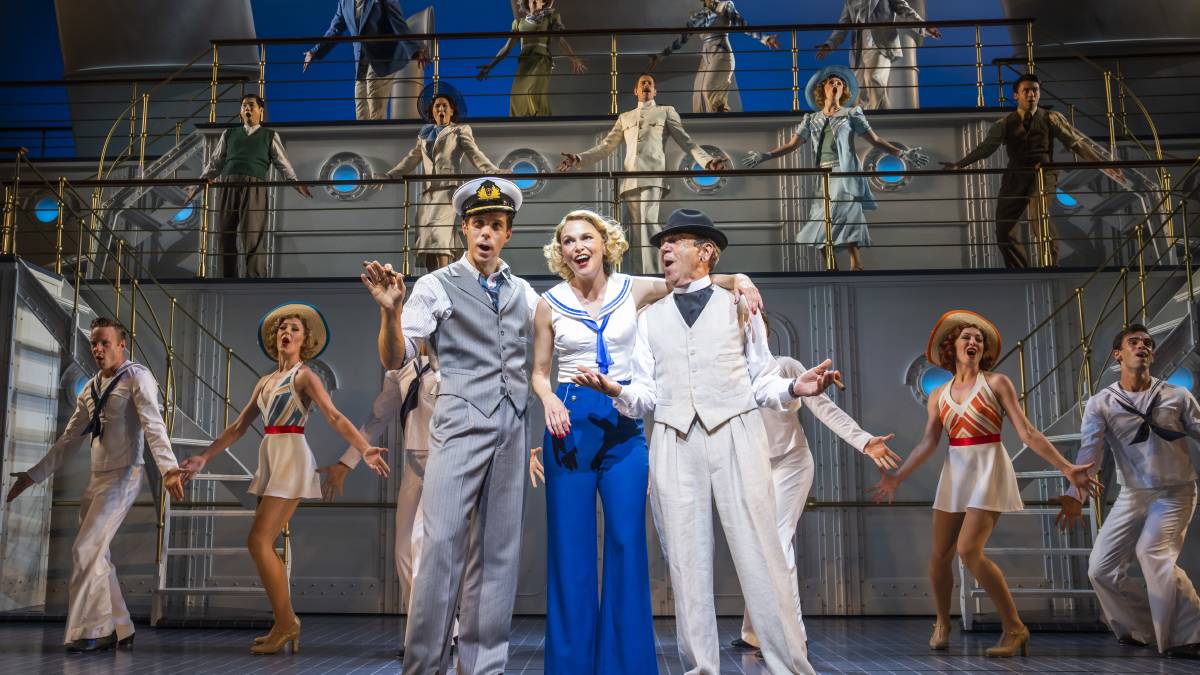 ALL ABOARD: The lavish West End production of Anything Goes is heading to cinemas all over Australia. Photo: Tristram Kenton

It wowed audiences on the West End. Now Anything Goes is headed to a cinema near you.

It made a big splash on the West End last year, and now the latest hit production of a Cole Porter classic is coming to a cinema near you.

Filmed during a 15 week residency at the Barbican Theatre, the production of Anything Goes proved a big hit with audiences.

Now the live recording is heading to cinemas around the country on March 27 and 30.

This production received rave reviews from audiences and the UK media.

Producer Howard Panter said the show was not to be missed.

"From outstanding leading actors to the spectacular supporting company, the glorious set design, the breathtaking choreography and stage direction, and of course the wonderful score - it really is 'the show of the year'," he said.

"I am thrilled that the show can be enjoyed by an even wider audience with this special two-day Australian cinema release."

The story follows the travels of the S.S. American, as two unlikely couples set off on the course of true love and convention goes out the portholes.

It includes the hit songs I Get A Kick Out of You, You're the Top and Anything Goes.

For more information on where you can see the show click HERE and type your city or postcode into the search bar.