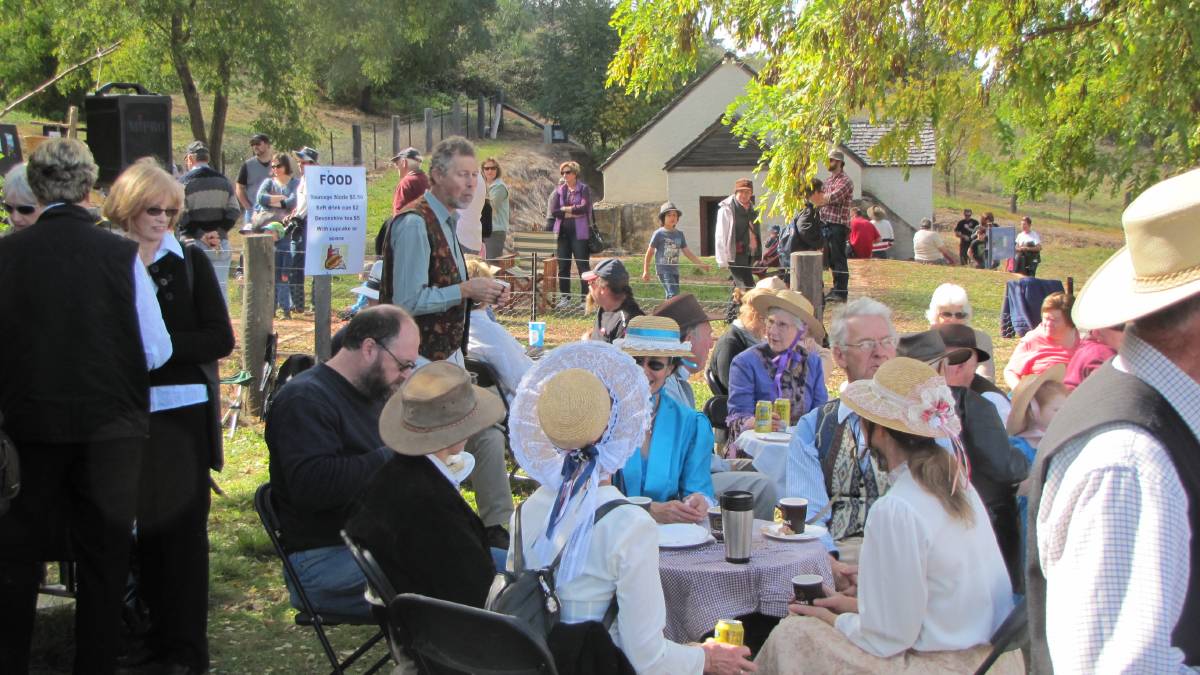 WHERE IT BEGAN: The festival begins with an open day at Duntroon Dairy, believed to be the oldest surviving building in the ACT.

Three-week festival boasts more than 150 events in and around nation's capital.

THERE'S a lot of hype in Canberra about the spectacular Floriade and Enlighten Festivals, but there's a fabulous festival flying under the radar that's arguably even more fascinating.

The Canberra and Region Heritage Festival - now in its 39th year - digs into the history and secrets of the region in some interesting and unexpected ways.

Discovering underground war trenches, donning your glad rags for a Roaring Twenties revival or fossicking for fossils are just a few of the hugely diverse range of workshops, tours, walks and talks taking place.

The festival runs for three weeks from April 9-May 1, complementing the broader Australian Heritage Festival with its myriad events across the nation.

With this year's theme of Curiosity, the festival is all about delving a little deeper into the region's places and stories, including Braidwood, Yass and neighbouring shires.

Boasting more than 150 separate events, it covers a lot of ground.

Festival director Linda Roberts, who's been running the event for 13 years, is constantly surprised by the eclectic range of activities.

"There's really something for everyone, and always something new to discover," she said.

You can, for example, learn how Czech immigrants extracted oil from eucalyptus leaves for distilling, explore astrophotography or cast some light (literally) on people and their stories in a stroll around the city.

Walkers might like to explore the suburbs and the secrets they contain, perhaps in the company of a historian or architect, or trace the footsteps of former prime ministers Curtin and Chifley.

Those with family heirlooms can learn how to manage moths and other infestations at home that put treasures at peril. There's also a workshop aimed at preventing loss of valuables in the case of a disaster.

Those who like to snoop will enjoy the behind-the-scenes access to some of Canberra's architectural gems not usually open to the public.

There's an opportunity to explore the modernist Robin Boyd-designed family home of historian Manning Clarke and his linguist/historian wife Dymphna, or the historic homestead of Cuppacumbalong on the once-rural southern outskirts of Canberra.

For lovers of engineering, there's a chance to look at the workings of the dam that created Lake Burley Griffin and to get inside Scrivener Dam without getting wet.

Participants can learn about Aboriginal culture and the Ngunnawal people who first inhabited the area, perhaps by exploring local native bush foods and plants and learning how to avoid "deadly discoveries", or by exploring a pre-European ecosystem.

Art lovers who've ever noticed the stone artworks around Reconciliation Place in the Parliamentary Triangle can uncover the mystery of the stones and the stories and totems carved into them.

The festival will be bookended by two major events. It begins with an open day at Duntroon Dairy, believed to be the oldest surviving building in the ACT and a reminder of farming days past, and ends with a bang with Harvest Day at Lanyon Homestead with picnics, music, market stalls and workshops galore.

For those interstate or who prefer the comfort of a couch, a range of activities will be held online.