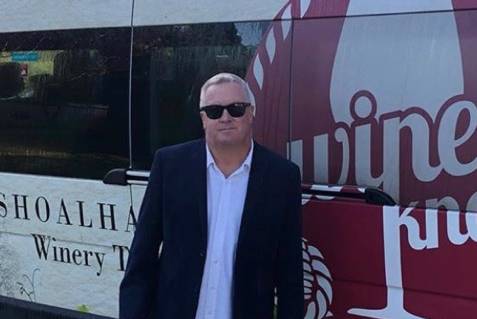 MARCHING ON: Skin cancer patient Michael Dundas (pictured prior to his diagnosis) is calling on Australians to take part in this year's Melanoma March.

After a two years of COVID cancellations the Melanoma March is back.

Melanoma is one of Australia's biggest killers, so why not join in the fight against the deadly skin cancer?

Melanoma Institute Australia (MIA) is calling on all Australians to join the Melanoma March campaign this month to raise awareness and funds to combat the disease.

The campaign aims to raise $1 million to support a world-first immunotherapy clinical trial for advanced melanoma patients whose disease is in the advanced stage.

Currently, half of advanced melanoma patients don't respond to, or develop resistance to immunotherapy treatment.

The trial aims to use patients' individual genetics and tumour biology to develop personalised immunotherapy plans to ensure they get effective treatment.

The March in its traditional format had to be cancelled for the previous two years, resulting in a $1.5 million funding shortfall. MIA chief executive Matthew Browne said this year's campaign was more crucial than ever.

"We are looking forward to welcoming our much-loved community back to local Melanoma March events around the country," he said.

65-year-old Mollymook resident Michael Dundas knows all about the impact of melanoma has on families.

A lifelong surfer, Michael's son pointed out a dark mole he had spotted on his father's head in 2018. Michael had not noticed it himself, as it was hidden under his hair. It turned out to be melanoma.

Michael has had numerous surgeries and undergone immunotherapy, but sadly has not responded to treatment.

"Everyone at Melanoma Institute Australia has fought incredibly hard to try to manage my melanoma," he said.

"I'm supporting Melanoma March because the biggest one of my concerns is people aren't checking in places that may not be obvious.

"The clever people at MIA need more funding for critical clinical trials to find answers for this terrible disease, and this Melanoma March is one way we can all help."

The march will be taking place in numerous locations throughout the country from March 13-22.

Those who can't attend their local march can still support the campaign by marching with a group of friends, or individually.

For more information on your local march, or how you can get involved, click HERE