The Aged Care Services Minister made the comments during a prickly senate estimates hearing.

Richard Colbeck does not believe deaths in aged care homes are an "indicator" of his performance, dismissing questions over fatalities as "political" point-scoring.

The embattled Aged Care Services Minister faced prickly questions at Senate estimates on Wednesday, amid criticism of the federal government's handling of widespread COVID-19 cases in the sector.

More Australians have died in aged care homes with COVID-19 in January and February than the entirety of 2020 - 691 compared to 685. They struggle to cope with the highly-infectious Omicron variant.

Minister Colbeck conceded there were "issues to address", but rebuffed calls for his resignation.

"I don't accept that deaths in the community, or deaths in aged care, is an indicator. I reject your assertion in the context of that," he told Greens senator Janet Rice.

"I continue to focus my attention on doing my job, rather than the political points you're trying to make."

Nearly a third of the Australia's aged care homes were grappling with COVID-19 outbreaks, as aged care providers hit out over a lack of preparation. 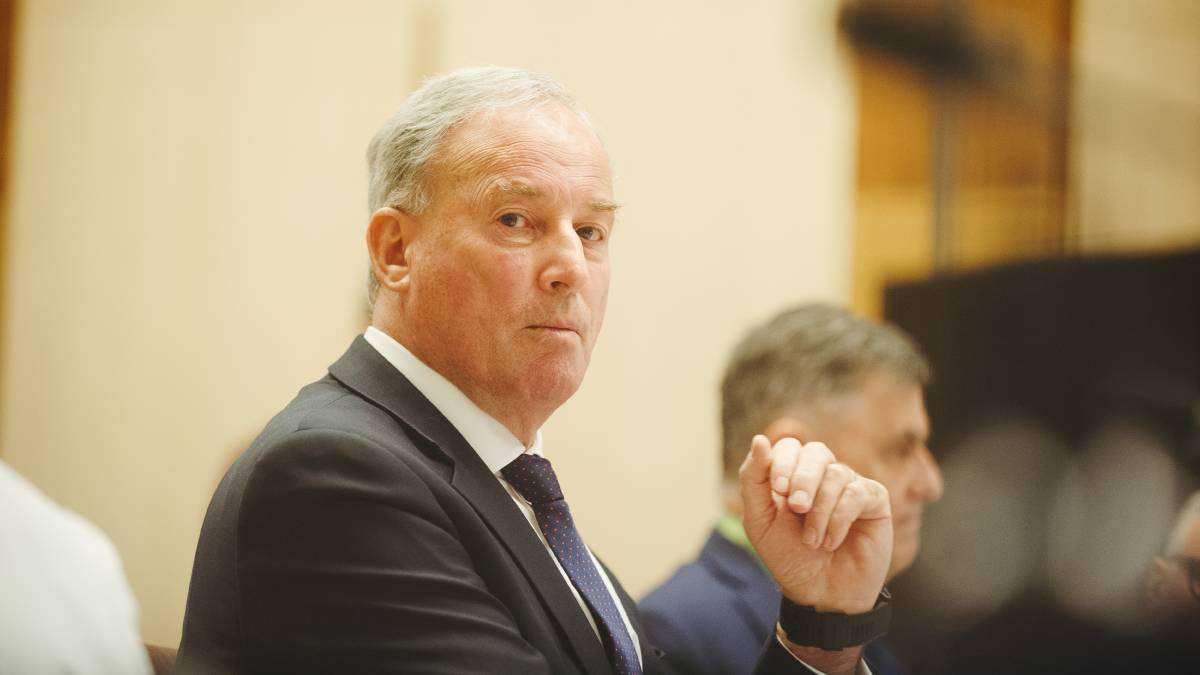 Richard Colbeck says deaths in aged care are not an 'indicator' of his performance. Picture: Dion Georgopoulos

Labor senator Murray Watt claimed residents and their families had "stopped believing" in the government's ability to run the sector.

"We are going through a global pandemic, and the suggestion ... that if you were in government no one would have died in aged care from COVID doesn't stand up," Minister Colbeck replied.

"You don't have a plan, you aren't the future."

Minister Colbeck again declined to describe the sector as "in crisis" - a label adopted by Prime Minister Scott Morrison - saying he had been "very careful" to avoid criticising aged care workers.

He attempted to frame Labor's criticism of the sector's performance as an attack on its workers, many of whom were being forced to work under trying conditions.

"I pay enormous tribute to the providers and particularly the workforce, but every time you tell them how bad it is, you're saying how bad they are," he said.

The comment sparked a backlash from senator Watt, who accused Minister Colbeck of painting himself as a "saviour" of a system he had corroded. Furlough requirements were eased during the height of the Omicron wave, in a bid to avoid entire health care workforces being plunged into isolation.

But two aged care centres in rural NSW announced on Wednesday they were closing over staff shortages. Nine have now shut their doors since Omicron arrived in Australia.

Minister Colbeck denied the government had been left flat-footed by the new variant. He insisted it had "moved as quickly as we possibly could" to resolve staff issues. That was hampered by a number of staff going on leave in January, he said.

"It's easy to look at that in hindsight, but we work with the information that we have at a particular point in time," he said.

"Every single life that has been lost to this virus ... is a terrible tragedy," he said.

"[But] as the chief medical officer has been at pains to point out, passing away with COVID-19 is not the same as passing away because of COVID-19."

The federal government revealed this month 1700 Australian Defence Force personnel would be made available for deployment to aged care homes.

Minister Colbeck accepted his decision to attend the cricket in January, rather than a senate committee on COVID-19, was "roundly viewed" as a mistake. But he stopped short of agreeing with that assessment.

"I'd rather have been actually dealing with the issues, but the committee wanted to see me. I made a decision, I've been roundly criticised for that, and I have to accept that," he said.