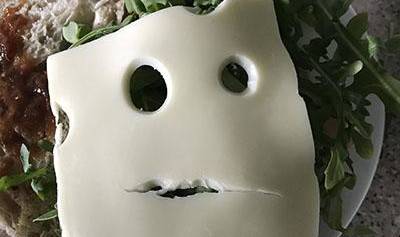 Did you see a face in your breakfast toast? If it was female, you're the odd one out.

DO you see faces in everyday objects? If the answer is yes, a leading psychologist says chances are they are male.

University of Queensland's Jessica Taubert said seeing faces in objects was common, and research indicated people were much more likely to see male faces in a tree trunk or piece of burnt toast.

Dr Taubert said the illusion of seeing a facial structure in an everyday object was known as face pareidolia.

She said the phenomenon told us a lot about how our brains detected and recognised social cues.

"The aim of our study was to understand whether examples of face pareidolia carry the kinds of social signals that faces normally transmit, such as expression and biological sex," Dr Taubert said.

"Our results showed a striking bias in gender perception, with many more illusory faces perceived as male than female."

She said as faces did not have a biological sex, this tendency to see male faces highlighted an "asymmetry" in our "face evaluation system".

"The results demonstrate visual features required for face detection are not generally sufficient for the perception of female faces.

"We know when we see faces in objects, this illusion is processed by parts of the human brain that are dedicated to processing real faces, so in theory face pareidolia 'fools the brain'."

Dr Taubert said more than 3800 participants were shown numerous examples of face pareidolia and inanimate objects with no facial structure during the study.

"They were asked to indicate whether each example had a distinct emotional expression, age, and biological sex, or not.

"The participants could recognise the emotional expressions conveyed by these peculiar objects and attribute a specific age and gender to them."

She said the research allowed the team to observe how human brains recognised emotion, age, and biological sex, in comparison to computers that had been programmed to recognise certain cues.

The research team wants to gather more examples of face pareidolia and encourages people to email any illusions they come across to j.taubert@uq.edu.au