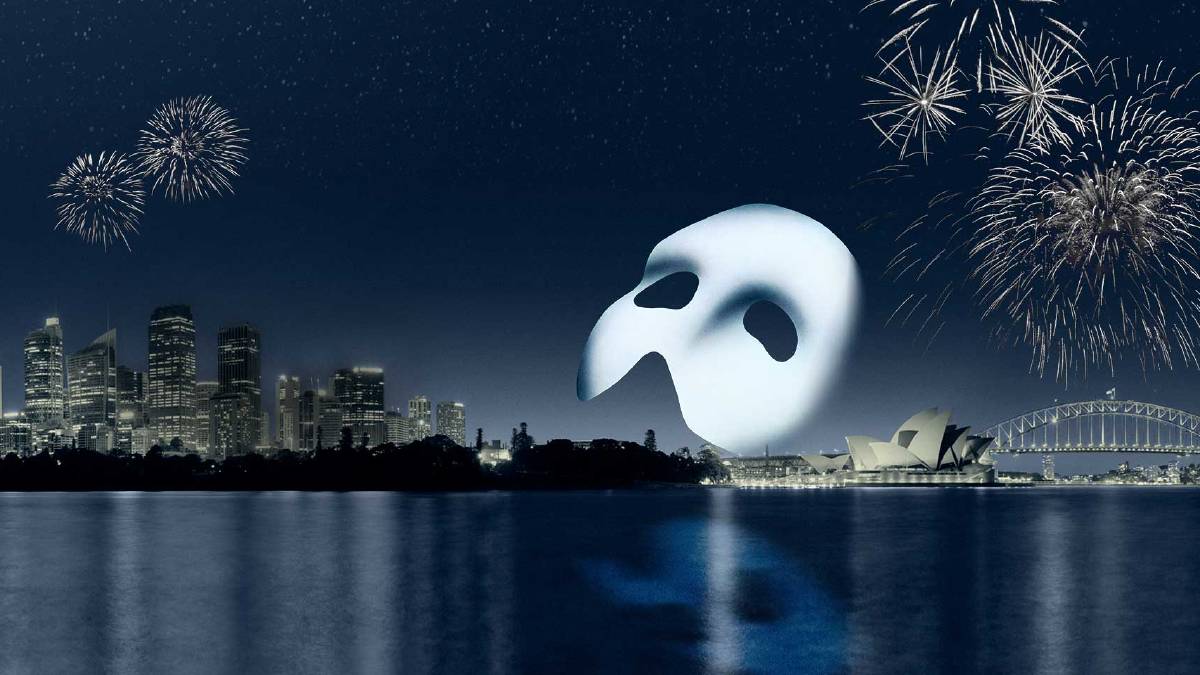 MUSIC OF THE NIGHT: The Phantom of the Opera is coming to Sydney Harbour.

It's one of the world's most beloved musicals, but it has never been done like this!

Under the stars, on a floating stage with the Sydney Opera House, Harbour Bridge and city skyline in the background- this is The Phantom of the Opera as you've never seen it before.

The longest-running show in musical history is coming to the Handa Opera on Sydney Harbour stage in a dazzling new production by Opera Australia, complete with nightly fireworks, themed pop-up bars and restaurants.

Having played for 35 years on the West End, and 34 years on Broadway, this inspired interpretation of Gaston Leroux's novel remains one of the world's favourite musicals. The story of a mysterious masked man who lives beneath the Paris Opera House, and the beautiful young singer who becomes his obsession and muse, has seduced generation after generation and garnered countless devotees.

Andrew Lloyd Webber's score - immortalised in one of the highest-selling cast albums of all time - is studded with melodies famous the world over: from the haunting beauty of The Music of the Night and All I Ask of You, to the splendour of Masquerade and the crashing chords of the title song.

Two of Australia's most in-demand theatrical talents, director Simon Phillips and designer Gabriela Tylesova, will bring a whole new level of spectacle to the show's defining moments. Audiences will experience the mirror, the journey to the Phantom's lair, the chandelier, all on an enormous purpose-built stage over the water.

The pair will bring the Phantom's extraordinary world to life, complete with a massive cast of musical theatre and opera's top talents accompanied by a live orchestra hidden beneath the stage.

The spectacular outdoor event will run from March 25 to April 24, excluding Mondays and Good Friday.