The Aboriginal Tent Embassy's 50th anniversary is a reminder of the fight still to come.

Half a century ago, on a Wednesday in 1972, four Aboriginal men stuck a beach umbrella in the grass outside what is now Old Parliament House.

The men - Ghillar Michael Anderson, Billy Craigie, Tony Coorey and Bertie Williams - had established the Aboriginal Embassy, which would remain an important symbol and rallying point for the Indigenous rights movement 50 years on.

While the single beach umbrella on the grass lawn has since expanded to a dozen or so tents, and Parliament House has moved a bit further up the road, the fight remains the same.

Mr Anderson said despite the arrival of native title, land registry documents he had seen continued to not name the traditional owners, instead calling it "unused state land".

"We're talking about truth telling, because it shows that there has been a constant resistance from then, and it's still a resistance now," he said.

"That's what the Aboriginal Embassy represents, is that ongoing resistance - because, as they say, we've got so much unfinished business here." A large number of First Nations peoples gather at the Tent Embassy ahead of its 50th anniversary. Picture: Keegan Carroll

Paul Girrawah House, one of the organisers of this year's embassy events and the son of Ngambri-Ngunnawal elder Matilda House, said the embassy's message hadn't changed.

While the push for land rights and sovereignty was still critical, he said it was also about honouring ancestors and the traditional owners of the land.

"It's about acknowledgement and honouring our ancestors, the founding families and traditional owners of country," he said.

"Our land was never ceded. It was stolen without consent or treaty and we've never been compensated for our loss."

But in recent months, other groups have attempted to use the tent embassy's visibility to further causes unconnected to the Indigenous rights movement.

An Indigenous-led group, believed to have connections to the sovereign citizen movement, has occupied the embassy site since the end of last year, and are alleged to be involved with setting fire to the doors of Old Parliament House.

Mr Anderson said the group was trying to gain political capital by setting up next to the tent embassy, but was sullying the original aims of the Indigenous sovereignty movement.

"But unfortunately, they're leading our people into a dead end street and that's our big concern."

While 50 years of the embassy is a feat, the next 50 years will be just as important in the continuing resistance, Mr Anderson said.

Eleanor Gilbert, the surviving wife of another of the original protestors Kevin Gilbert, said she was sure the next generation would continue to push for rights as their grandparents did. 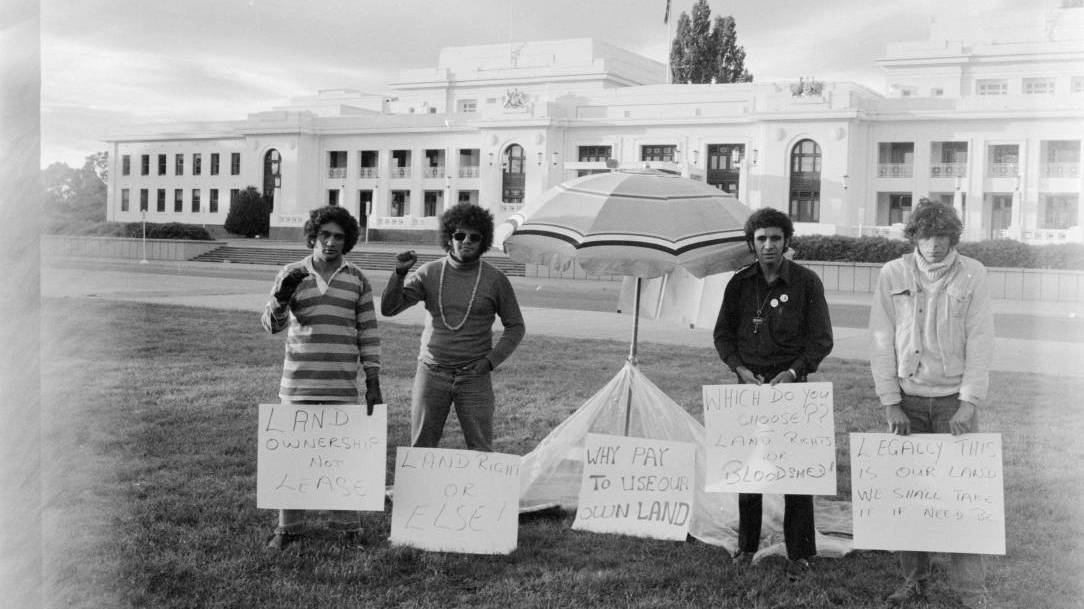 She mentioned her granddaughter, Dhani Gilbert, had already been recognised as 2021 ACT Young Woman of the Year for environmental and social advocacy.

"I think you'll find the kids who've grown up in the activism life, they've grown up different. It's in their blood," she said.

"You'll see that with Michael Anderson's children and other activists' children.

"It's sort of come in by osmosis."

Mr Anderson said his knowledge and rage won't end with his generation.

"We maintain the rage and continue to remind them," he said.

"I think our kids and grandkids going to be competent leaders in the future."

The story 'A beacon of resistance': Tent Embassy marks 50 years but struggle remains first appeared on The Canberra Times.