A snake catcher who recently found a diamond python on an aviary has urged people to stop killing the reptiles as warm weather draws them out.

A snake catcher who recently found a diamond python on an aviary has urged people to stop killing the reptiles as warm weather draws them out.

Illawarra Snake Catcher Glen Peacock removed the python, which was lying above the bird enclosure in Woonona on Sunday, January 9.

Mr Peacock said no birds were harmed as the snake-proof enclosure was fitted with fine mesh and expanding foam in the remaining gaps.

While some people have learnt to live with snakes, Mr Peacock said there are others who think "a dead snake is a good snake".

"What happens a lot is people will kill the snake and then take photos of it and then try and identify it after it's already been killed," he said. 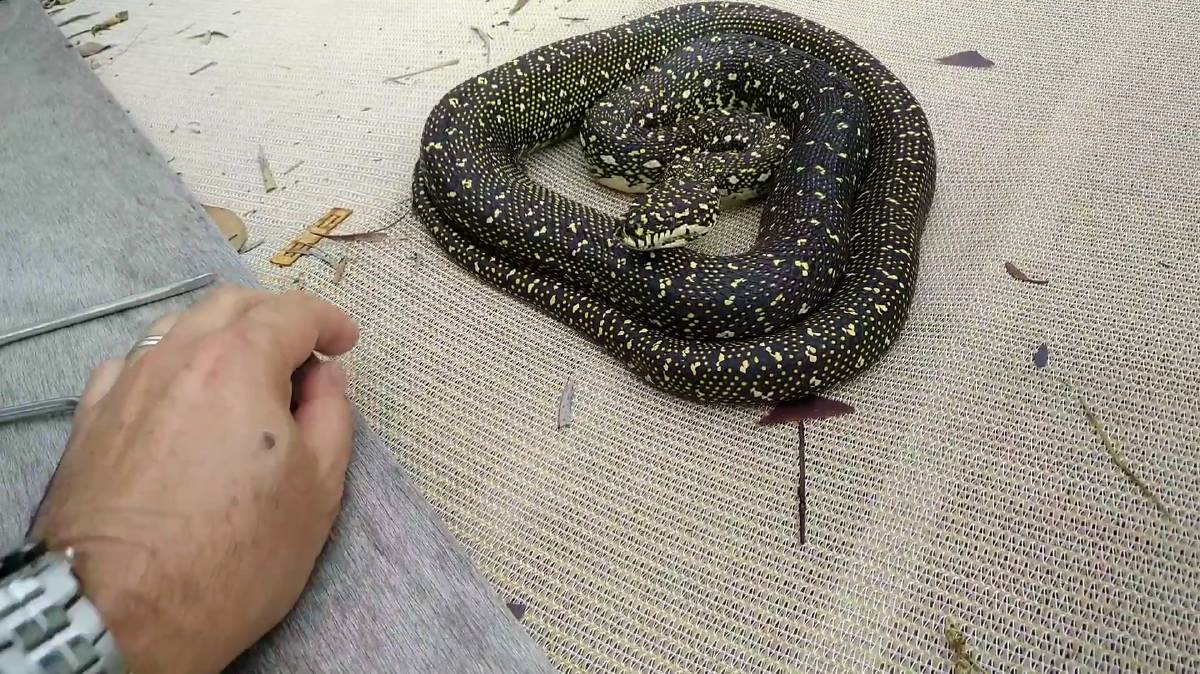 A small pet marbled children's python escaped and was killed by a neighbour who poured boiling water on it in Oak Flats on January 5.

"They [the neighbour] already had video and photos of it alive and captured in a plastic bin so it wasn't going anywhere and they still decided to kill it before asking if it was dangerous or not," Mr Peacock said.

"And it was just someone's pet python that had escaped."

Mr Peacock said the juvenile snake was originally light pink in colour but had turned completely white after being boiled alive.

Individuals can be fined up to $22,000 for the the illegal killing of wildlife in NSW. Despite the hefty fine, Mr Peacock said he has found many people simply don't care about killing snakes in his six years on the job.

"You still get a lot of people who ring me up and I know it's against the law but it out-right doesn't phase them to tell you they've killed something," he said.

"Whether it's they're not educated enough to know they're protected or it's against the law - I don't know. Some people just think it's normal. So there's a lot of education to happen."

Mr Peacock said he has noticed more snakes out after relocating a diamond python on a backyard tree in Woonona on Thursday.

"The warm overcast weather is bringing them out," he said.

Mr Peacock advised people snake-proof their animal enclosures and close their doors to minimise the chance of snakes entering their personal spaces.

If a snake does enter your property, Mr Peacock urged people to keep themselves and their pets away, take a photo and call a snake catcher to identify and remove it.

"Try to identify it before you overreact because nine times out of ten it's something completely harmless. It's a bit heartbreaking," he said.

"Snakes have become extremely popular as pets and are loved just as much as cats and dogs. Please don't kill and ask questions later."