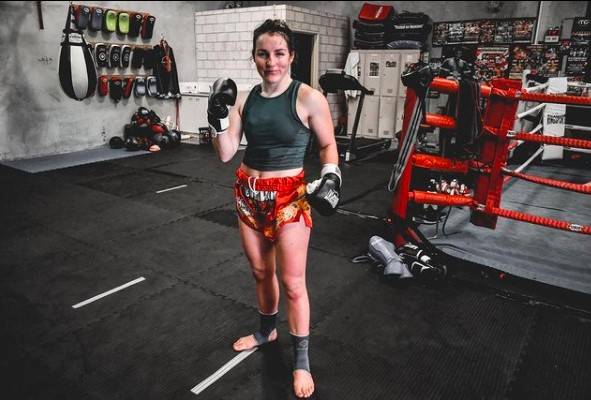 "I couldn't even get one lap done around the oval and I had to sit out."

When Bryony Soden was in her last year of high school, a sports carnival changed her life.

Having taken Judo lessons from the age of four to 14, and being a regular at the weights rack in the gym, she'd always considered herself a fit person.

"I have a background in judo and around those teenage years I took myself to the gym.

"In year 12 just as I was finishing high school, we had this school carnival and had to run four laps around the oval to reach 2.5km and win a race.

"I couldn't even get one lap done around the oval and I had to sit out."

Determined to increase her cardiovascular fitness, Bryony decided she would have to diversify her gym routines and movement.

"I was doing weights at the gym but I wasn't healthy in terms of how I wanted to be. A weekend later I watched my brother in his Muay Thai fight. He won in the first round.

"I was watching and I thought 'that's real human athleticism' - the following day I joined his gym and I've trained every day since."

Bryony's brother Brant trained at Three Lions gym in Port Kennedy - and after signing up to join him, Bryony also began boxing at Fighter Fit Gym in Western Australia's Mandurah.

"When I started fighting in December 2017, I realised how much it takes - I've always looked up to my older brother Brant and I still do.

Bryony began a rigorous training schedule - in a gym every day targeting a different area of fitness. 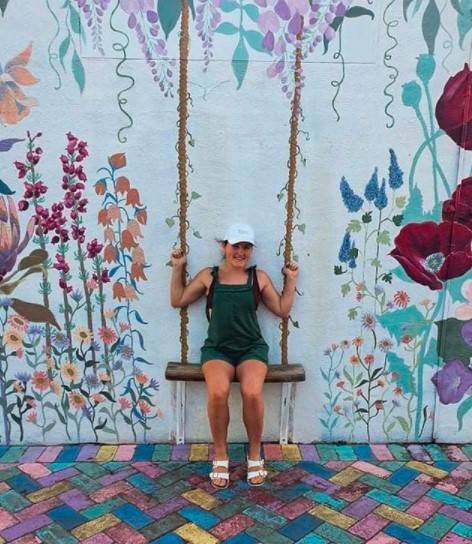 "My coach realised I had it in me. He told me straight away if I wanted to be a champion I could be.

"I jumped right into interclub - which is a sparring contest with other gyms and within the first five months my coach asked me to fight."

The more Bryony learned about Muay Thai, the more she realised it was, above all else, a mental game.

"It's more mental than physical - anyone can train to fight. I think my coach noticed I had that mentality when I didn't even know I did," she laughed.

Bryony said it wasn't just her physical capabilities that changed when she started fighting, the way she held herself also changed.

"It changed everything about my personality," she said.

"When I first started at my gym I couldn't talk - my brother and I don't speak much - for a whole year we didn't talk we just trained.

"Learning Muay Thai has helped us to be able to put ourselves in social situations."

Bryony's boost in confidence came at just the right time, with many young aspiring athletes following her journey on social media.

I was watching and I thought 'that's real human athleticism'. - Bryony Soden

"Just in general a lot of young girls look up to me and follow my profile online - and sometimes they come up to me in public and we chat about Muay Thai."

Health and wellness has become more than just a hobby for Bryony, with her opting to study nutrition at uni.

"Around 2019 I was going through a really hard time. I had nine fights in one year, I failed some units at Uni and had some other issues.

"I ended up losing fights really badly and was really sick and unhealthy - but Muay Thai has taught me that you're going to fail no matter what and you need to learn from it. 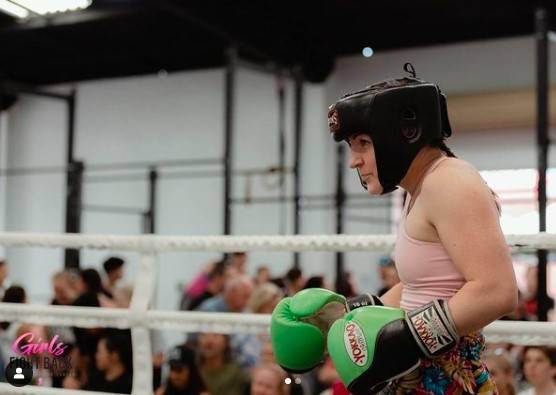 "It's my last year of uni this year and I never thought I would get this far.

"Nutrition has taught me how to fuel for my performance - my goal after finishing my degree is to work for people like myself."

Bryony said she would recommend Muay Thai and other forms of fighting fitness to anyone, and said fighting "teaches you to trust yourself".

"Every time you fight it's like your eyes open up a little and you see more and believe in yourself and what you're capable of.

"Just follow your intuition and what feels right - doing Muay Thai doesn't have to be about fighting - you're going to grow as a person regardless.

"People think fighters are these violent people but if I was at work and someone told me off I would probably stand there and cry," she laughed.

"A lot of fighters I know are timid people who shy away in the corner and work on themselves."

The story How a high school sports carnival changed a life first appeared on Mandurah Mail.