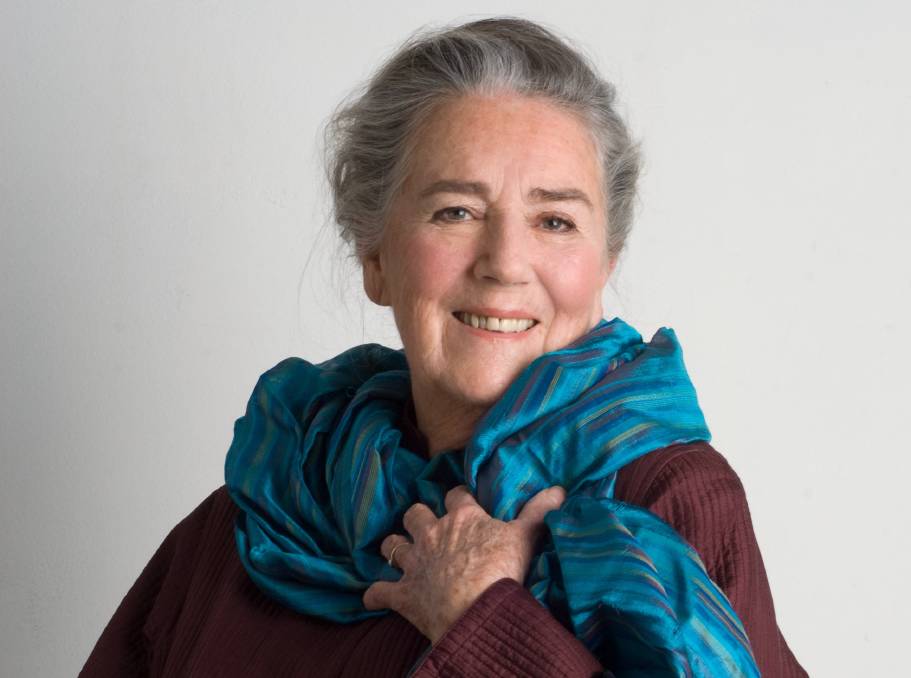 At 87 years of age, Maggie Blinco has landed her first starring role in a film.

What should you do if you get the opportunity to chase a dream when you're in your 80s?

Do you just accept that that life has passed you by and it's too late to have a second chance? Or do you rise to the challenge and reinvent yourself?

That's the premise of a new heartwarming movie A Stitch in Time, out in February 2022, starring renowned Australian actor, 87-year-old Maggie Blinco Crocodile Dundee (1986), Crocodile Dundee II (1988) and The Nightingale (2018) in her first leading role.

Maggie plays the part of Liebe, a former dressmaker in her 80s, whose verbally abusive partner, musician Duncan (Glen Shorrock), loses his gig at the local pub.

Liebe, who had given up her passion for couture decades ago, decides to take up dressmaking again to raise money to help Duncan realise his dream of recording an album. However, friction arises when her noisy sewing machine disrupts his song writing and he tells her to stop.

Feeling unloved and disrespected, Liebe finally leaves Duncan and moves in with her best friend Christine (Belinda Giblin, Home And Away), much to the horror of Christine's husband Justin (John Gregg, Operation Buffalo), to try and pursue a dream of her own. Liebe (Maggie Blinco) with Hamish (Hoa Xuande) in a scene from the film A Stitch in Time.

Inspired by a young Chinese fashion designer, Hamish (Hoa Xuande) whom she meets at the local markets, Liebe begins to reinvent herself putting into play a rolling snowball of changes which will touch many lives, not least her own.

A Stitch in Time is a joyful, inspiring story which celebrates many beautiful aspects of Australian life - culture, diversity, friendship, loyalty and love, tempered with the negatives of ageism, rascism and coercive abuse.

Speaking to The Senior via Zoom, the ebullient Maggie said the script had attracted her because it was about an older person finding a new way of life. "I was inspired by that," she said, while admitting she also understood many of the circumstances Liebe experienced in the film.

"I recognised some of the situations in the film absolutely. The confusion about what she (Liebe) has to do next. Her realisation that whatever she is planning is not what other people see. We all have those situations in life.

"There's that invisibility that people meet as they become older. I've been through a few situations where people were not very kind to me, but you deal with that."

Maggie said she liked the character of Liebe because she was fundamentally very honest and always ready to laugh. "I myself do like to laugh and I like to make people laugh."

Maggie described Liebe as "not very complicated really," adding "she's quite simple and so the moment when she admits that she thought if she was a good person God would reward her... well that's just a lovely thing to say and to believe; and it's carried her through life, but not successfully and she understands finally that not everyone works to that pattern.

"We created a fine character who will resonate with older people because they'll identify with the situations she finds herself in."

The film was written and directed by well known Australian film-maker Sasha Hadden with film industry legend Don McAlpine as director of photography.

We created a fine character who will resonate with older people because they'll identify with the situations she finds herself in. - Maggie Blinco

"I enjoyed making the film," said Maggie. "We were working on a shoestring and there were some really funny moments, like when I had to get dressed in the street." Glen Shorrock plays Duncan in A Stitch in Time

"There's a lot of typecasting in the Australian industry. They think that if you're older you must be suffering from dementia, if you're old you must be in a wheelchair. That's just not applicable to most of the older people in this country.

"So if you're offered more than once to do a person who's suffering from dementia, it gets a bit trying."

The movie was filmed in 2019, pre-COVID, when Maggie was a lot fitter and more active than she is now.

"I was a very active person for my age. I was going to the gym. COVID ruined all that. I haven't been in a gym for two years. I'd like to get back actually because I've lost a lot of core strength."

However, COVID and lockdown and even a heart operation in October, hasn't stopped Maggie who will play two roles in the play Wayward Bride by Alana Valentine at the Belvoir Street Theatre in April.

"It's got a wonderful cast, so I'm looking forward to getting back to rehearsals," she said.

She's quite simple and so the moment when she admits that she thought if she was a good person God would reward her... well that's just a lovely thing to say and to believe; and it's carried her through life, but not successfully and she understands finally that not everyone works to that pattern. - Maggie Blinco

Remembering your lines for a film or play script would be daunting for most of us, but Maggie takes it in her stride. It's just part of the job. "When I'm learning a role, I generally start long before rehearsals begin. I don't trust my memory so much anymore. It's a constant going over the lines. It requires a lot of concentration, but because you're used to doing it, you fall into a pattern of remembering."

I've got so many projects that keep me busy and a busy mind is a younger one. - Maggie Blinco

"I like to cook. I suppose it's my backgound. I had a lovely mother and father and wonderful grandparents who had a farm in Epping. It was a part of my childhood that was magic.

"I've had a lot of changes occur in my life and I've just met them head-on. You don't realise you're coping with them.

"That's why Liebe is the way she is she just deals with everything as it comes at her. I do believe a lot of people just fold or they blinker themselves as things are happening. You can't afford to do that.

I've had a lot of changes in my life but you just meet them head on... I do believe a lot of people just fold or they blinker themselves as things are happening. You can't afford to do that. - Maggie Blinco

"I suppose there are limits on what you can do as you get older but I like to stretch the rules."