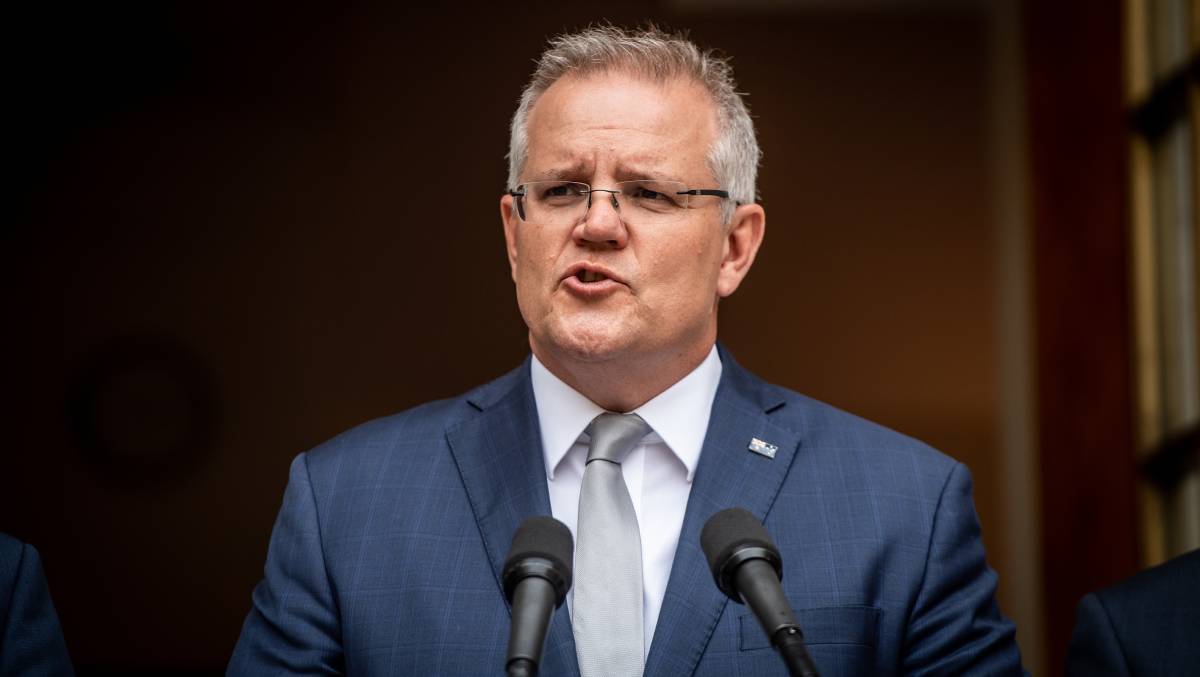 Prime Minister Scott Morrison has granted concessional access to rapid antigen tests through pharmacies, with a maximum of 10 tests given over three months.

This change is for concession card holders, and universal free access to rapid antigen tests was not agreed to at national cabinet, Mr Morrison said. This includes healthcare, pension and DVA card holders.

Mr Morrison said 200 million rapid antigen tests were coming to Australia within the next month.

"But for the next few weeks we do anticipate there will continue to be a lot of tension in the system when it comes to the supply and demand of those tests," Mr Morrison said.

"I want to stress at the start as we confirm today that tests for close contacts and those who are symptomatic, they are free ... they are the essential tests that are required for public health management.

Mr Morrison said national cabinet agreed to multiple measures that would reduce demand on PCR testing, as Australians queue to get tested in states and territories across the country.

He said these included: removing unnecessary people from queues, such as truck drivers having rolling tests; having to get a PCR test to confirm a positive rapid antigen test; and the requirement for international arrivals to have a second test.

The Prime Minister flagged a move away from PCR testing to rapid antigen testing.

"As is occurring ... successfully at the moment in Tasmania, where people can go to those testing centres and get a rapid antigen test, ultimately, that is where we would like to be after a few weeks," he said.

"People would go to those testing centres, just be handed their box and they will return to their own home while they do that test. And working on a system through our GPs and other processes for people to report that they have got a positive test.

Mr Morrison said people going to hospital would not need to get a PCR test.

"We discourage that requirement for people to have tests before receiving even private treatment, even in a surgery where a patient is not symptomatic and is not a close contact," he said.

There will be no requirement for a second test post-arrival for those returning or arriving from overseas, except for Queensland.

Price-gouging rapid antigen tests above 20 per cent of the buying price will also be illegal.

"If you are selling a rapid antigen test for more than 120 per cent, [so a] 20 per cent markup on what you have paid for it to supply it, then you will be in breach of that regulation," the Prime Minister said.

Mr Morrison said the Commonwealth is preparing a plan to ensure students would not return to home learning.

"Schools go back and stay back, on day one of term one," he said.

Chief Medical Officer Paul Kelly said the Omicron variant was much less severe and as a proportion of case numbers, there were fewer hospitalisations.

"[In Australian] those on ventilation also remain steady. It was 55 on the 20 December and 50 for cases nationally on the 3 January. Which dropped from 6.7 per cent to 2.5 per cent," Professor Kelly said.

"The capacity of the hospital system ... relating more particularly to how to gain access to workforce," he said.

"That relates to a set of rules around testing arrangements and furlough and isolation arrangements."

This story first appeared on The Canberra Times