Australia sent many of its lads off to fight on foreign soil.

THIS year marks 80 years since Australia faced an unprecedented foreign attack on home soil. From February 1942 to November 1943, Darwin was the target of more than 64 air raids. The total number of bombs dropped was two-and-a-half times those dropped at Pearl Harbour.

February 19 was the day when Darwin was bombed by enemy forces in the largest single attack ever mounted by a foreign power on Australia. It left hundreds of servicemen and civilians dead and countless others injured.

The day is commemorated each year but this year special events have been planned to mark the 80th anniversary.

The Bombing of Darwin Day Commemorative Service will be held on February 19 from 9.30am-11am at The Cenotaph. The event, hosted by the City of Darwin, is free and open to the public.

On February 18 and 19, Arafura Wind Ensemble will present the 80th anniversary From Engagement to Peace, a homage, from 5.30pm at Christ Church Cathedral in Civic Park on Smith Street.

The City of Darwin is also offering special Bombing of Darwin 80th Anniversary Tour packages to mark the anniversary. The self-guided tours include Darwin's the Royal Flying Doctor Tourist Facility, Darwin Military Museum and Darwin Aviation Museum. Also included is the Bombing of Darwin Cruise, a one-hour experience on Darwin Harbour where you will go back in time to February 19, 1942. The tours can be taken on any day between February 17 and 21, with ticket prices from $60. 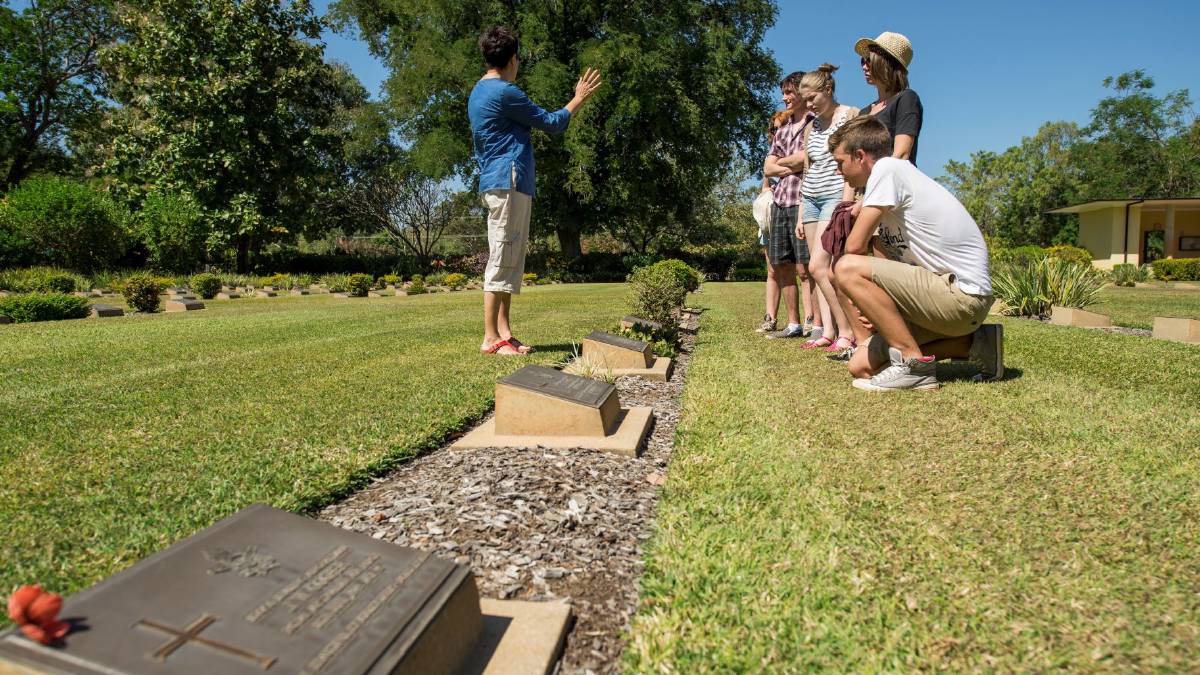 Remembering the fallen: Visitors at Adelaide River War Cemetery reflect on those who died during WWII. Photo: Shaana McNaught/Tourism NT.

The Australian American Association NT is hosting two USS Pearly Memorial Services on February 19 at The Esplanade. The first is from 8.15-9am and the second will be held from 9.30-11am. Both are free and open to the public.

Battlefield Tours is holding a special four-night tour for the anniversary departing on February 16. Guests will hear from an expert WWII historian, attend a commemorative service for the bombing's anniversary, visit all of Darwin's military and WWII sites, as well as enjoy a special night time experience at the military museum. Package prices start from $1899 per person including four-star accommodation.

READ MORE:Sydney Harbour attacks foiled by those on watch