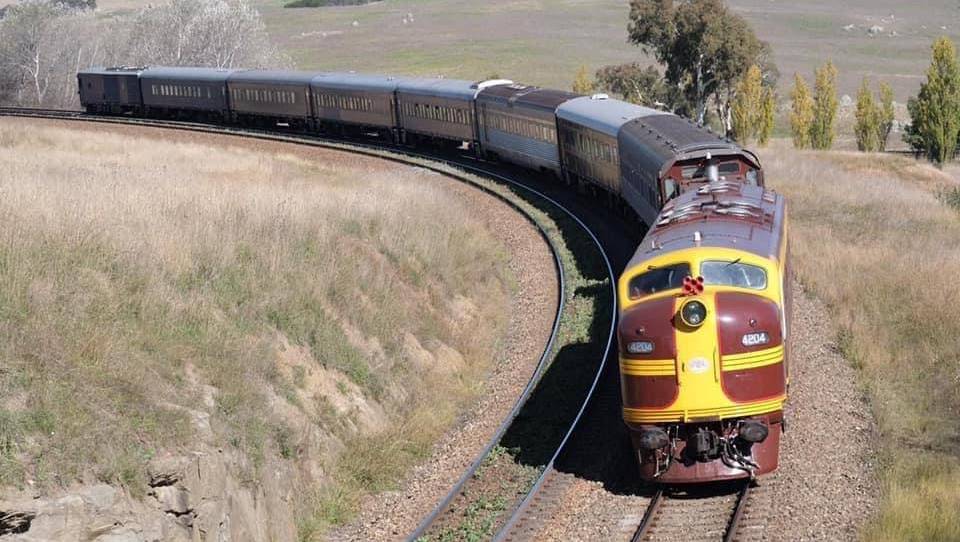 All aboard for a taste of gentle rail travel on The Blue Zephyr.

When it comes to rail cruising in NSW, The Blue Zephyr is an absolute delight.

The specially refurbished train provides a self-contained, fit-for-purpose set of carriages for guests to settle back and enjoy the experience of gentle train travel.

The Blue Zephyr is a favourite with Railway Adventures travellers. It consists of a red and blue lounge car, dining car and sitting car as well as its own power van and crew carriages.

Originally these cars were intercity sitting cars designed in the mid-1940s for trains like the Newcastle Flyer and the country express trains. They were part of the well-known set of carriages designated RUB sets, which formed the backbone of 1950s and '60s air-conditioned express train fleets.

Various other conversions were made until most were retired in the 1990s and sold off.

For much of the past decade The Blue Zephyr has been seen on all manner of special trains, including many times with Railway Adventures on tours such as the Mudgee Weekend Escape (scheduled for April and October 2022), Wings and Wheels (including the Temora Aircraft Showcase in March 2022), and Seasons of New England (March 2022).

Scott McGregor's Railway Adventures tours explore some of the most scenic corners of Australia and the world in the comfort of a luxury train.